How To Fix The Red Screen Of Death On iPhone 13 ?

In this guide, we will explain how to fix the Red Screen of Death on iPhone 13 and iPad.

Apple is the leading pioneer of the Smartphone industry known for the iOS and iPad operating systems. Despite introducing several advanced features in the latest iterations, users keep facing several issues on their iPhones and iPad.

One such difficulty that every iPhone and iPad user faces frequently is their iPhone and the iPad screen turns red. The screen turning red is the most despising issue that occurs on your iOS devices. What makes the issue graver is that there is no solid explanation regarding why you face this error on your iOS and iPad devices. You can face this issue regardless of how new your iPhone or iPad is and it gets even more frustrating if haven’t backed up your iPhone or iPad’s data.

Besides the iPhone or iPad screen turning red, the iOS device will reboot many times automatically. If you are here, it means you have been facing the Red Screen of Death on your iPhone and iPad. To help you fix the red screen of death on iPhone and iPad, we are putting down the four ways that can work to solve this issue.

But before trying the troubleshooting fixes, let’s see what are the reasons that you are getting the Red Screen of Death error on your iOS devices.

Also Read: iOS 15: How To Fix Safari Not Working On iPhone And iPad

As mentioned earlier, Apple has never officially explained the real cause of the red screen on your iPhone and iPad. However, several users who have experienced this strange issue has connected the BSoD error to one of the following causes: 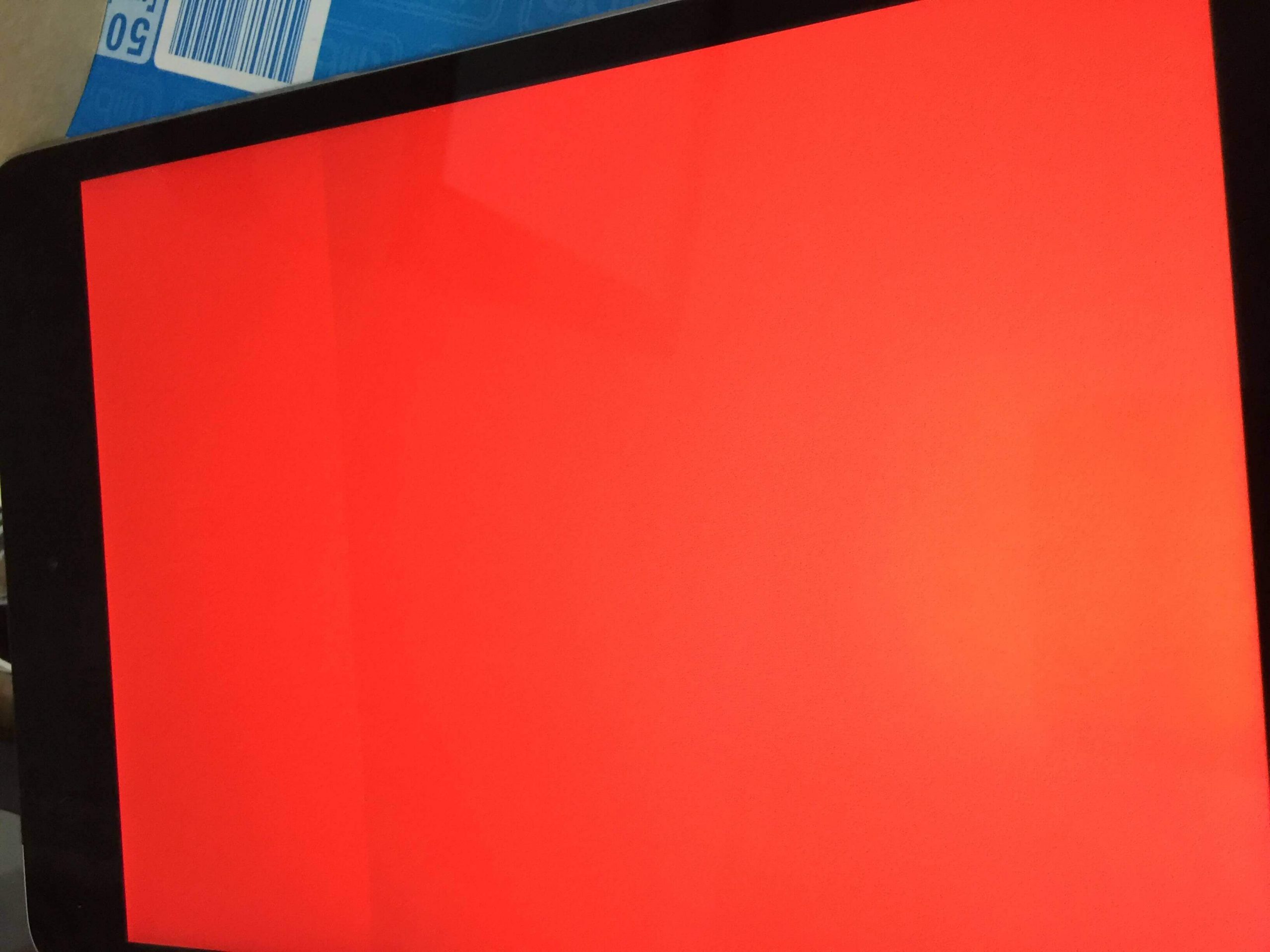 With that being said, let’s see how can you fix the red screen on the iPad.

Step 1- Reboot your iPhone 13 and iPad

If you have accidentally dropped your iPhone, then rebooting it, also known as soft reset can also help get rid of the red screen on iPhone and iPad. Besides, it is important to reboot your iPhone from time to time to improve the device’s performance.

Follow the steps given below to reboot your iPhone and iPad:

To force restart your iPhone 6s or above and all the iPad models:

Long press the Side button and the home button together until you see the Apple logo.

To force restart iPhone 7 and 7 Plus:

Press and hold the sleep button along with the volume down button. Release the button after you see the Apple logo on your screen. Continue holding for about 10 seconds until your iPhone/iPad restarts or the Apple logo shows.

Quickly press the volume up button and then the volume down button. Now long-press the side button. As soon as you see the Apple logo, release these buttons.

Also Read: How To Fix iPhone 13 Not Connecting To Car Bluetooth

If the above method did not help fix the issue, there is nothing much you can do from your end. It’s best to contact Apple Repair with regards to this error. You can walk into your nearest Apple Store or contact them via Apple’s in-mail service available on their website.

That was a quick but effective guide on fixing the Red Screen of Death Issue on iPhone 13 and iPad. We hope you were able to fix the issue from your end. Unfortunately, if you were not able to troubleshoot the issue, it’s better to contact Apple Store at the earliest to avoid aggravating the problem.

Also Read: Spotify App Not Working On iPhone And iPad? Try These Fixes