Introduce Mac OS Monterey. Laptops and Macs that work with Sidecar. This is the new name for macOS 12: macOS Monterey. It has a lot of great features that are as beautiful as its name. Today, we’re going to talk about an interesting feature that works on both the iPad and the Mac. That is called Sidecar, and it looks like this. In Mac OS, what is Sidecar? With the help of Sidecar, you can make your Mac’s screen bigger on your iPad. However, you must also update your iPad to iPadOS 15 and your Mac OS to Mac OS Monterey. Still, we’ve found a few tips that can help people who use Sidecar Between iPad and Mac after they’ve updated their iOS and macOS to work with Sidecar Between iPad and Mac. Also, Premium tips on how to use Sidecar between Mac and iPad, as well.

Then, after installing these updates on Apple devices, some people found out that Sidecar is only compatible with a few Mac models. So, we have made a list of Macs that work with Sidecar.

Sidecar has hardware requirements. It’s possible that the requirements haven’t been worked out yet. There is a chance it could work in some Bluetooth ranges, but it would need a Bluetooth 5.0 or later device.

Also Read: How To Fix Loud Fan Noise After Upgrading To macOS Monterey

Why is Sidecar not working on macOS Monterey and iPadOS 15

To fix Sidecar not working on Mac OS Monterey, Big Sur, Mac OS Catalina, and iPad OS 15, read on and follow the steps below, then you can use Sidecar again.

Also Read: How To Downgrade From macOS Monterey To Big Sur?

Take a look at the SideCar icon in the Display system preferences on Mac OS.

The sidecar function works well and is available in Mac Monterey, but you have to click on a separate icon to get to it in system preferences. To do that follows the steps at the bottom.

Fix 1: Keep your Mac and iPad close together.

If you don’t keep your iPad and MacBook in a certain range, Sidecar won’t work for either of them. In both wired and wireless ways, the sidecar can be used. If you have a lightning cable, then connect it. If not, you can use Bluetooth to connect your iPad and Mac and show each other.

Different Apple IDs can be signed out if you are using them on an iPad or Mac.

In the Mac menu, click on the Apple logo.

Fix 3: iPad doesn’t show up in the AirPlay list

From the AirPlay list on your Mac, you can start using Sidecar. This method is also possible, but if Sidecar doesn’t work, there is one more way you can use Sidecar. 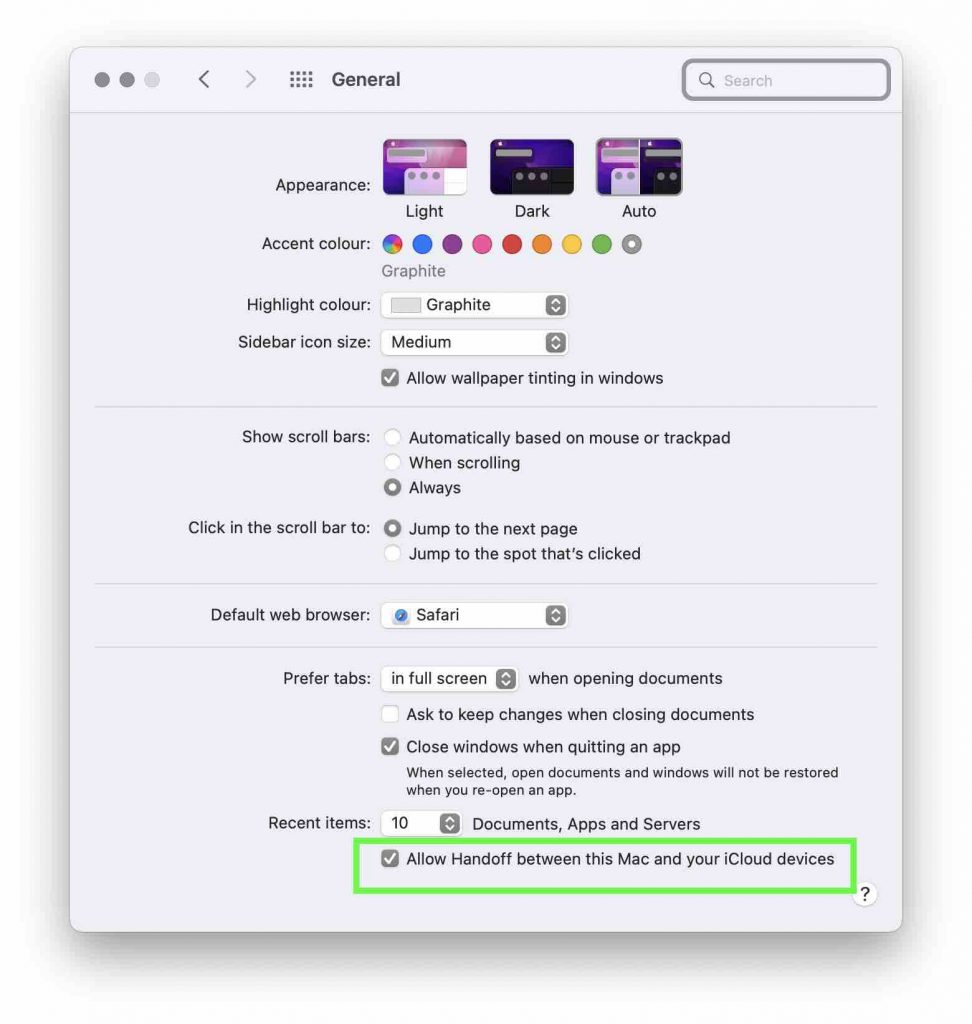 To use the Sidecar on both the iPad and the Mac, both the MacBook and the iPad need to be able to send and receive files. Find out if the settings below are correct and turn on Handoff on your Mac and your iPad.

Apple is always giving new versions of macOS and iPadOS. So, always keep your device up to date. On both the iPad and the Mac, there’s a feature called Sidecar that’s cool. It works on both. With the help of Sidecar, you can make the screen of your Mac bigger on your iPad. You also need to update your iPad to iPadOS 15 and your Mac OS to Mac OS Monterey in order to use this app. Afterward, some people found out that Sidecar only works with a few Macs.