Picture in Picture(PiP) is a great feature provided on iOS. It allows the user to perform multiple tasks simultaneously without any interruption. You can take notes while watching a YouTube video or check emails and watch videos at the same time. However, if due to any reason, you are not able to use this useful feature, we have got you covered. Here, you will learn How to fix Picture in Picture (PiP) not working on iPhone?

First of all, the minimum requirement more using PiP is iOS 14( for iPhones). So, if your iPhone is operating on iOS versions less than 14, then you may not be able to use PiP without updating to iOS 14 or 15. However, if you have a newer version of iOS and are still not able to use the PiP feature, keep on reading. in this piece of writing, we will be discussing various ways to Fix Picture in Picture (PiP) Not Working on iPhone.

Fix Picture in Picture (PiP) Not Working on iPhone

Now let’s discuss these steps to fix PiP not working on iPhone in detail:

1. Turn on PiP in Settings

Before trying any of the methods given below, make sure that you have enabled the Picture-in-Picture(PiP) mode in the Settings app of your iPhone. And if you haven’t, then below is how to turn on PiP in settings: 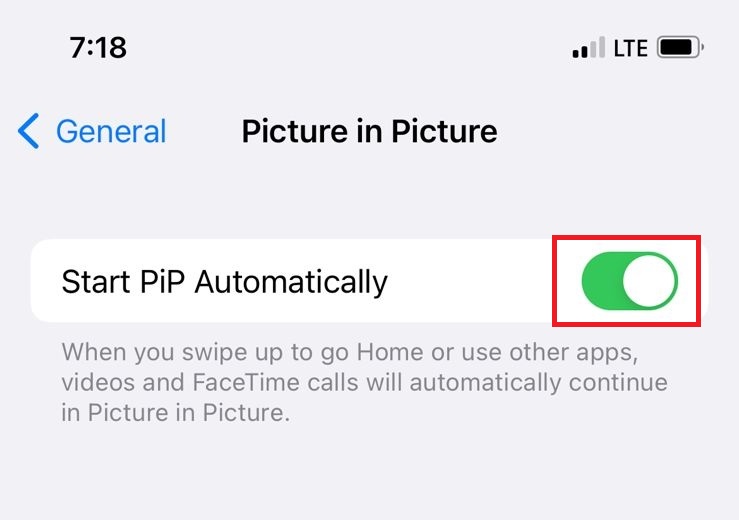 Also Read: How To Eliminate Wallpaper Permanently In iPhone 13

Manu a times, PiP does not work with an app due to some minor issues in the app itself. So, to use this feature along with an app. you first need to fix those minor issues. Don’t worry! It is not difficult at all. All you need to do is to close the app and then open it again. 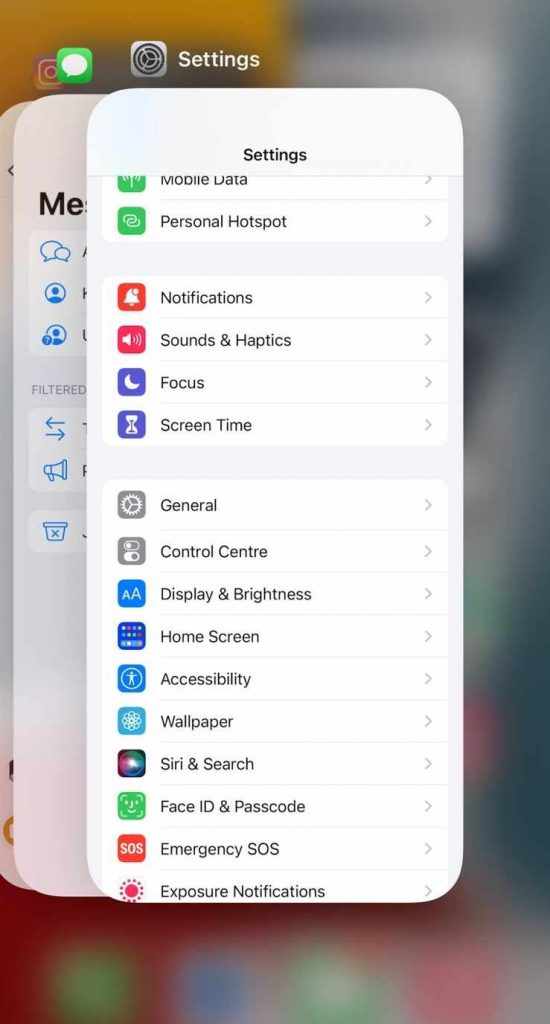 Now, to close the app you want to use PiP with, just slide it up and then off the screen. You may close other apps as well if you wish. Then, reopen the app with which you want to use PiP and see if it works now. If not, then you may move on to the other methods given below in the article.

It is good to re-boot your iPhone once in a while. It enhances its performance as well as functioning. Minor software issues that stop functionalities like Picture In Picture from operating can occasionally be resolved by restarting your iPhone. When you re-boot your iPhone, the programs that are running automatically shut down and are restarted. So, it gives a fresh start to your iPhone as well as various apps on it. If you are still not able to get access to the PiP feature, you may try other methods mentioned below. Keep on reading.

Also Read: How To Fix The Red Screen Of Death On iPhone 13?

Restart an iPhone with a Face ID 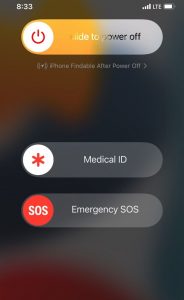 Restart an iPhone without Face ID

If your iPhone does not have a Face ID, you can reboot using the power button. Just press and hold the power button until the Slide to power off option appears on the screen. Now, swipe the power icon from left to right to turn off your phone. Now, wait for 20-30 seconds.

Now, after your iPhone has shut down completely, just press and hold the power button again until the Apple logo appears on your screen. Then, your phone will restart again in no time.

If the above-mentioned methods did not help you, it may be possible that the problem lies with the app you want to use this feature with. So, it is better to reinstall or update the app. To update an app, go to the App store of your iPhone. Click on the Account icon on the top right corner. Then you will see pending various updates on the screen. Now, just click on the Update option next to the desired app.

In case, now pending updates are there for the desired app, you may resort to re-installing it. Re-installing may also help you fix PiP not working issue on your iPhone.

When you are using YouTube, it is very easy to enable or use PiP mode. So, below is how to do it.

Why is my Picture in Picture not working on iPhone?

To use this feature on your iPhone, you must know which apps support PiP. Picture in Picture(PiP) works with only certain apps.

Also Read: iOS 15: How To Fix Safari Not Working On iPhone And iPad