TechTips & Tricks12 Emojis Which Are Not Used Anymore But Can Never Be Forget
July 17, 2022 6:1 pm
By Harshaurya Kaur

In 2022, if you don’t express every wish and desire with Emojis, you might not even be able to own a phone. Amazingly, our small picture friends went from being a simple way to express ourselves to being the metaphorical roast turkey in the middle of the table very quickly.

Then there are the other emojis, the ones that aren’t as popular as the world’s happy faces and fleeting red hearts. It’s also a shame because they have a lot of useful applications in the real world and aren’t given enough credit. This is our life in emojis. Try them! Explain yourself! Take your SMS conversations to places no one has ever been before. 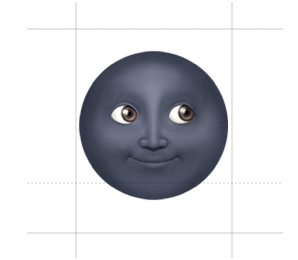 Maybe you butt-dialed your employer, accidentally texted your mom instead of your lover or shared some rather disastrous Snapchats at the bar. Hey, you might have even spelled “your” incorrectly once. Dark Moon is an understanding of human failings and blunders. He’s the adorable, cheeky follow-up to your email when feeling self-conscious. Just take a look at that face, I mean. How are you still upset about that? 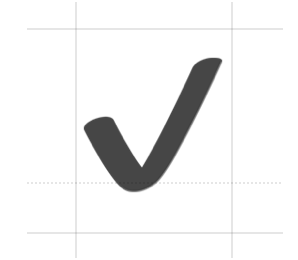 Black Check Mark is quick, strong, and focused on getting the damned message through. It’s like getting a document notarized in emoji form. When you don’t feel like typing “OK sounds nice” or “Yeah, that’s alright,” use Black Check Mark instead, and savour the time you save. 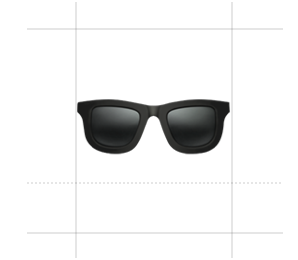 To use the Sunglasses emoji, you need to be a genuine smug son of a gun, but it’s also a cute way to admit when you’re being like a douche. Be aware that if you use it, your buddies will call you out for being overconfident. This is much more effective when you tell a particularly terrible dad joke.

The Gun emoji is used in a similar fashion to the Peach emoji, except instead of showing love, it shows hatred for the recipient. It’s the kind of emoji you’d use to threaten someone in real life, but you’d have to hold back since you’re inherently peaceful and wouldn’t dare descend to such immoral lows. Still, pull out that Gun emoji and prove your mettle to the child of your dad’s cousin when your second cousin launches into a lengthy political Facebook rant that is full of typos and concludes with the phrase “Thanks a lot, Obama.” 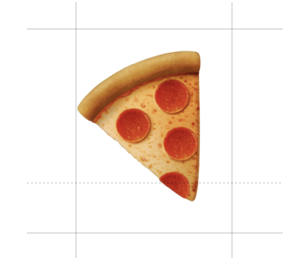 When asked the age-old question, “What do you want for dinner?” by a monster who dislikes pizza, they will not respond with this emoji. A kale emoji would undoubtedly be useful to people like that. Such individuals devastate America. Consider it your patriotic duty to send the Pizza emoji to your family and friends because, without the bonds of pizza, we are no better than Russia. Let’s rebuild this country’s greatness.

Actually, I’ve never received Shout Man in a text message, but if I did, I’d be furious. Shout Man is a reference to being shouty, but not in a cool, brash way. If you’re prancing around like a blabby little sourpuss jag with a righteous attitude, you’ll get it. Shout Man works best in a public setting like Twitter where lots of amenable pals may watch and discuss. In group messaging, you may also utilize Shout Man to correct someone.

Find a more modern emoji if you can, I dare you. Sass and sarcasm are very abundant in The Cool Button. It’s the emoji you use when a female says, “lol, I fell asleep,” after you’ve been stood up on a date. You text your friend after he goes into excruciating detail about why his favourite plant is the cactus and how little water it needs. It’s the emoji you use on a rainy Sunday when Netflix won’t stop streaming and the cable has gone out.

What do you think this face looks like? Shock? disgust that knows no bounds? A pervasive uneasy and uncomfortable feeling tearing a person apart? You can use the Mouthless Face emoji to respond to inside jokes you don’t get, poorly used memes, or when someone types “expresso” or “regardless.” Yes, we are aware of the inherent irony in letting a face without a mouth speak. Let this face do the talking. 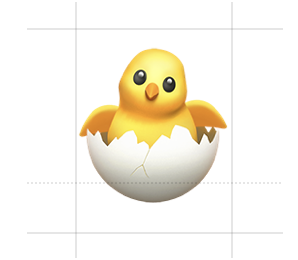 Shruggy Bird emerging from its shell resembles the young relative of the black moon. He makes errors and accepts responsibility for them, but ultimately he doesn’t give a damn about how you feel. With Shruggy Bird, you need to exercise caution since he has a short fuse and is prone to bridging gaps in relationships. You might find it amusing to send Shruggy Bird alone into a hostile conversation, but the people he encounters won’t. Use at your own risk, then savor the irreverent glory.

Nowadays, there is much too much sexual stuff being circulated through messages, Snapchats, and dating apps. Shy Monkey is the least embarrassing way to say, “Oh boy, I really wish I hadn’t seen that dick shot.” When something is deliciously disgusting, unpleasant, or otherwise not OK, Shy Monkey is also fantastic. Additionally, it’s an excellent follow-up when you share something excessive or embarrassing but still want to project a certain amount of humility in the end, as self-aware people like to do.

Everything is fried shrimp. Nothing is Fried Shrimp. It has significance and no significance. It can be anything you want, but you should never use it when you truly want to eat fried shrimp. That is the kind of thing you say verbally. Use the hashtag #friedshrimp in an Instagram comment to instantly appear as informed and wise as the Dalai Lama. Some claim that he was the one who created this specific emoji, while others insist that Steve Jobs was responsible. Only I am aware of the truth, and I’m not very eager to share what it really means.

Poodle is tucked down in the emoji menu’s depths, among a collection of useless lizards and discarded farm animals. Poodle is a well-groomed fluff ball of excitement and the tongue-wagging embodiment of genuineness. Have you recently made plans with a person you like? Are you certain that you’ll adhere to your plans? Are you anticipating it? Invoke the Poodle!

Poodle declares, “No more,” to the flaky, apathetic melancholy plaguing this generation. There will be no more abandoned plans, ghosting, or nihilistic give-a-fucks. Poodle honors his commitments. He is the patron saint of making fun things happen and the highest form of endorsement.

So this is all about the emojis as of now. Users are shifting towards using Memojis with iPhones and various other apps. Still, users are making good use of emojis. If you don’t express yourself with emojis in the year 2022, you should not be permitted to own a phone. Because of how many really valuable meanings and uses they have, they are vastly underappreciated today. Increase the quality of your text discussions to previously unheard-of levels.