How To Install Windows 11 On A Raspberry Pi 4

Raspberry Pi 4 is built for Linux but Lovers of Windows 11 have been trying to run the new operating system on just about everything since its release. Windows 11 on the Raspberry Pi has even been attempted by some. This was made possible thanks to the work of Botspot, a developer who goes by the name of Botspot. If you follow this procedure, you don’t need to know a lot of complicated commands or technical abilities. So, in this article, we’ll show you how to install Windows 11/10 on a Raspberry Pi with a simple method. Windows on ARM (Pro edition) will be available for the Raspberry Pi. So, let’s start:

In this post, we explain how to install Windows 11/10 on a Raspberry Pi. We recommend installing Windows on a Raspberry Pi 4 with at least 4GB of RAM, even on RPi 3 and RPi 2 boards. Expand the table below to see the prerequisites and instructions at your own pace by clicking and dragging the cells to resize the table.

To run Windows on a Raspberry Pi, you’ll need the following: 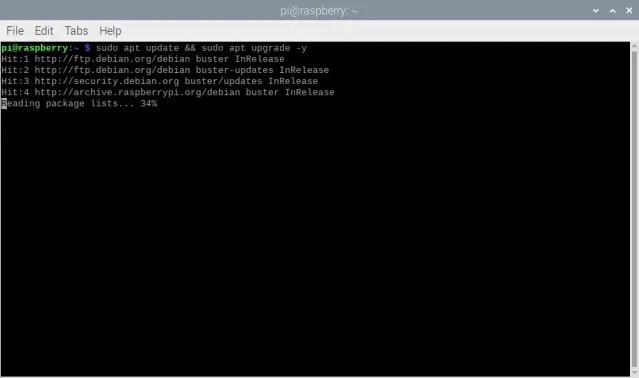 2. Next, if you haven’t already, run the command below to install Git.

3. Make sure you’ve done that before proceeding to download wor-flasher.

4. After that, type the command below to run the programme. Customize and flash the Windows-on-Raspberry image on an SD card, USB disc, or solid-state drive using this GUI script. During the installation process, you may have to press “Y” a few times to confirm the modifications.

5. After that, you’ll see a Windows on Raspberry prompt on your screen. Windows 10 or Windows 11 may be installed on your Raspberry Pi here. As an option in this pop-up question, you can also select the RPi board. Next, select the language of the installation by clicking “Next.” 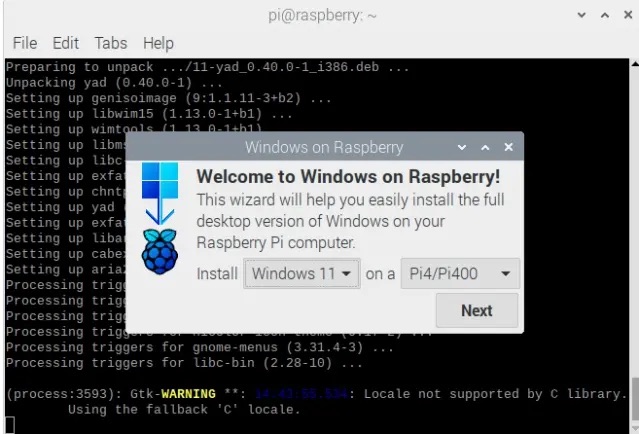 6. Connect the SD card, USB drive, or SSD drive to your PC at this stage. Connect an external USB drive or SSD drive to the Raspberry Pi if you are using the board to create the image. You must have at least 24GB of free space on your SD card or USB device before installing Windows 11 or 10.

8. Finally, review the information and click “Flash” on the Overview pane.

9. Once the command is complete, you’ll be able to see the results in the terminal window. Direct download of Windows on ARM files from Microsoft’s server and creation of an ISO image is the goals of the script in this case. So, be patient, as this will take some time to complete. It took about 40 minutes for the image to be generated on my computer. If the screen appears to be stopped at “ejecting device,” don’t be alarmed; just let it finish the procedure.

10. When you’re finished, you’ll see a prompt inviting you to continue. In this case, you’ve successfully created a Windows on Raspberry Pi (WRP) image. Shut off your Raspberry Pi at this stage.

3# Boot the Raspberry Pi into Windows 11

45+ Must Use Tips And Tricks For Windows OS

How To Create And Use Password Reset Disk In Windows 11