All About Waffle Game: An Addictive Wordle Spinoff

Keep reading to know about the Waffle game – An addictive Wordle spinoff.

The craze of Wordle and its spinoffs do not seem to an end any time soon and the internet is constantly seeing the birth of wordle variants based on different themes. Let’s accept the fact that most of the Wordle spinoffs are somewhat boring and bring nothing new to the table. The format is almost the same as Wordle and they lack the excitement to keep you hooked for long!

However, this does not hold true for the latest spinoff joining the show. Yes, we are talking about Waffle, the Wordle spinoff but definitely five times better. It’s worth mentioning that Waffle has raised the bar for the Wordle spinoffs and has freshened up the whole game set-up. 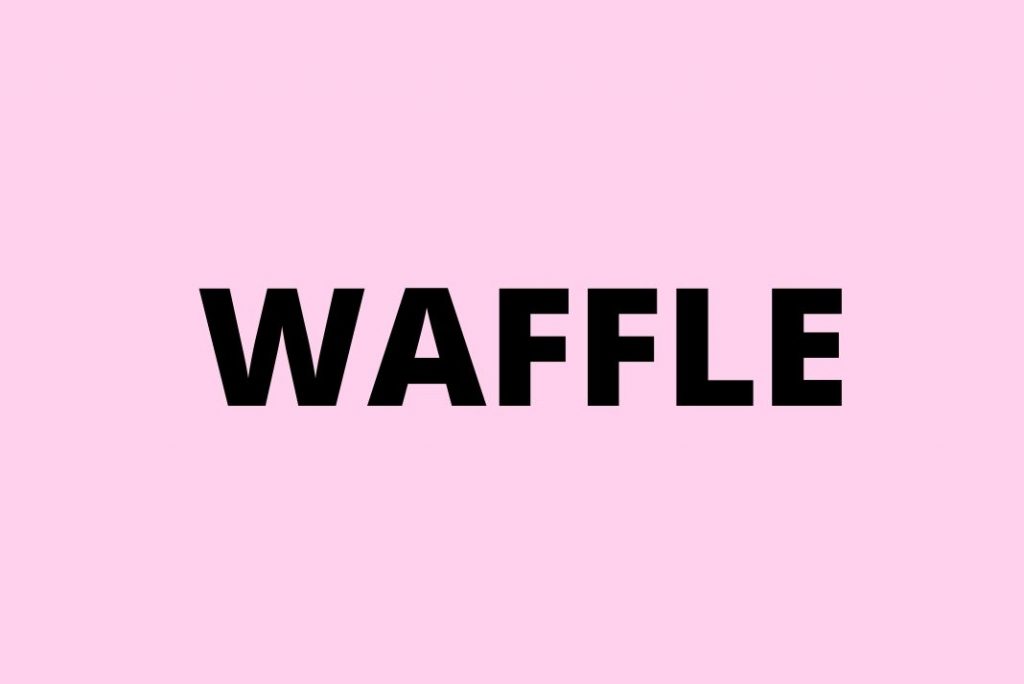 Just like other spinoffs, Waffle thrives on the same color-coding scheme as Wordle but there is a twist waiting for you! Shaped like a waffle, that’s where it derives its name from, it needs you to rearrange the words already present on the grid instead of guessing them.

Also Read: How To Play Lordle Of The Rings?

Inspired by the Wordle game, this Wordle spinoff is a contribution from “developer of things” James Robinson as his Twitter bio calls him. The game has been named Waffle by Kittenden owing to its waffle-like grid. The waffle game has an entirely different concept- it gives you fifteen moves to swap the letters and guess the words. While this may seem too easy, let’s mention that you need to guess six words at once! 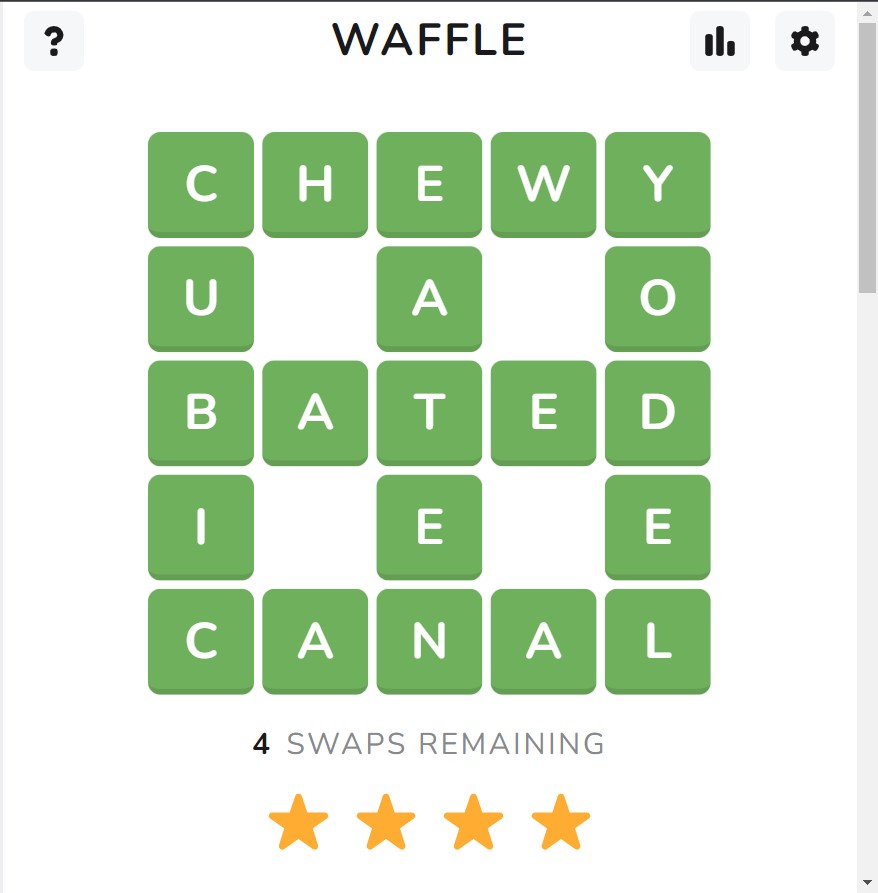 After you finish guessing the words, you are entitled to a star for each remaining move in the game. Waffle maintains a detailed record of the total games played, total stars earned, and your current streak. These stats compel you to keep returning and playing the game. Moreover, you also find the star distribution section that classifies the number of times you’ve won on the basis of the number of stars earned.

Where to play Waffle?

The rules and the color-coding scheme are the same as Wordle. Let’s remind it quickly. 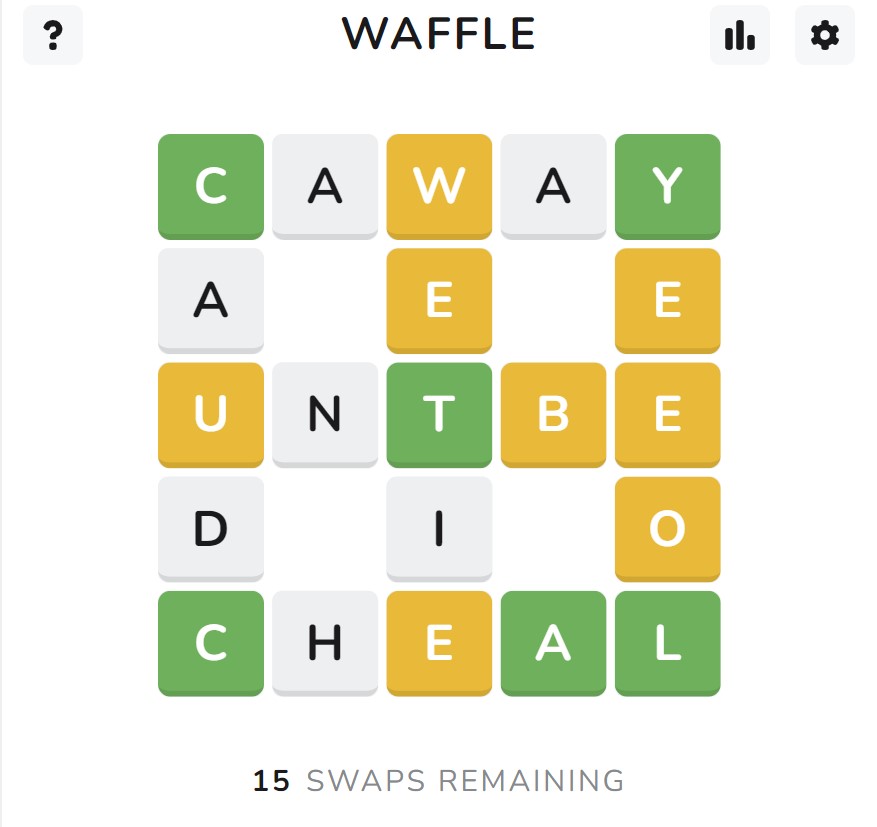 Green: The letter is placed in the correct position in the word.

Note: There is no grey-colored tile in the grid as only the letters in the words are present in the grid.

Also Read: What Is Absurdle: A tricky Wordle Clone

How to play Waffle

In the game, you have to rearrange the color-coded letters to guess the correct word in the grid either horizontally or vertically. You are free to drag the letters anywhere within the grid and the color will change depending on the position you’ve placed them. The remaining moves can be seen below the waffle grid.

The official website says that it is possible to solve every Waffle puzzle easily in just ten moves however, you get fifteen moves to do so.

Waffle game offers you two game modes apart from the default game that loads when you visit the website. They are as follows:

High Contrast Mode: It’s more of a color-blind mode in which the green and yellow tiles are transformed into orange and blue. This mode is suitable for people afflicted with color-blindness who find it hard to recognize colors. 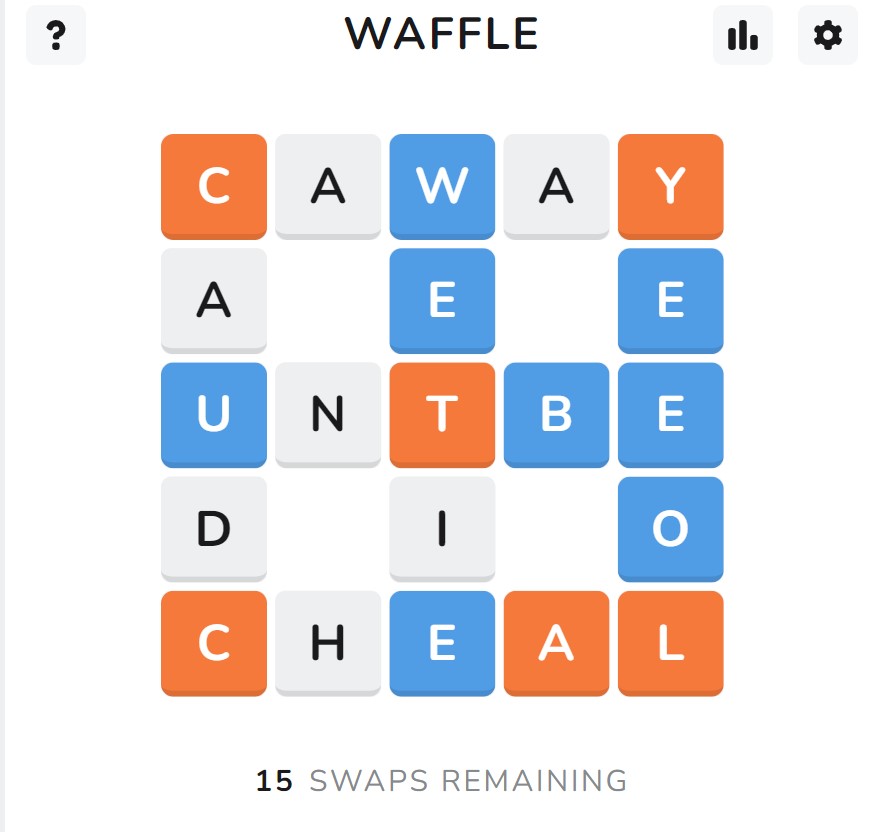 Dark Mode: If you love to play Waffle at night, you can switch on the toggle for Dark Mode to prevent damaging your eyes from screen glare.

Also Read: Meet BTS Wordle: A Wordle For The A.R.M.Y!

That’s all about the Waffle game! No doubt the game is addictive. However, you can only play a new game only after twenty-four hours. So, visit the website the play Waffle and flaunt your scores on social media!