GadgetsHere's What You Can Expect In The Nintendo Switch OLED Model
July 7, 2021 11:1 am
By Pallavi Chakraborty

The new Nintendo switch OLED model is finally here in 2021. On their official website, the video gaming company proudly announced its new upgrade. So if you are someone who is a huge gaming addict or loves to beat your sibling at a game of Super Mario, your gaming life just got better.

Nintendo was one of the first few video gaming companies globally that created a huge demand for its consoles in the market. However, since its first launch, a lot has changed. In July, Nintendo introduced its users to a version they could not have imagined.

So let’s take a look at the new upgrades that Nintendo Switch is offering in terms of build and speed to its gaming console. 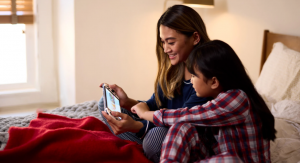 The older version of the Nintendo’s screen was only 6.2 inches which limit its visual experience. The latest version of the console introduces a larger OLED screen to treat your eyes. The epic visuals on the new 7 inches screen will keep you engaged for a long time. Make your free time adventurous by playing your favorite games on this device. A splurge of hues and bright tones will bring more colors to your life. 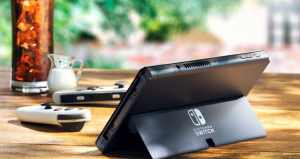 Featuring a brand new wide adjustable stand that lets you place the Nintendo on the tabletop or countertops to play with your bud. The stand is sturdy enough to hold the Nintendo in place for as long as you need. Moreover, you can customize the stand angle as per your convenience.

How we wised to have portable controllers to play on Nintendo all these years! The company has finally listened to our plea. Introducing the Joy-con controller gives you the freedom to play with more power and player. Well, now you can invite your friends and family to play a round of Super Mario or Pokemon with you.

The in-built wired lan port offers great flexibility to connect the Nintendo with your television set or online. This way, you can play on a larger screen with no resistance or lag. The high-quality display magnifies your experience especially playing with a friend or family. The new Nintendo comes with superior quality sound from the system’s internal speakers.

Transform your home console into a portable playing system by connecting via the device’s in-built Lan port. Keeping the fluidity and control in mind, manufacturers have enabled the new version of Nintendo to convert into three different modes. With the regular Nintendo Switch, you can carry it in your backpack and play anytime, anywhere. On the other hand, with the OLED screen, transform the solo gaming device into a multiplayer one in a snap.

Similarly, you can transform your television set into a giant gaming screen by connecting it to the Nintendo LAN port.

Microsoft Begins Rolling Out Tabs in Notepad for Windows 11

Why Investors Are Excited About ChatGPT and AI

Why Peppy Digital Health App Is In News Lately

This January Enter A World of Fantasy, Dragons, And Aliens With Realms Plus