How To Extract RAR Files On macOS Ventura

While most technically-minded people are already well-versed in the RAR format, it is not uncommon for uninitiated users to have encountered the file format in unexpected places. Many Windows users are just getting started with Apple’s OS X. Because they have no idea how to use a Mac and its applications properly. Files of the RAR variety, created by Software Engineer Eugene Roshal, are the subject of this discussion. So, I laid out the steps for Mac users to extract and open the RAR file. Files can be compressed into a smaller size by using a single RAR file. Using it, sending and receiving documents is quick and accurate. 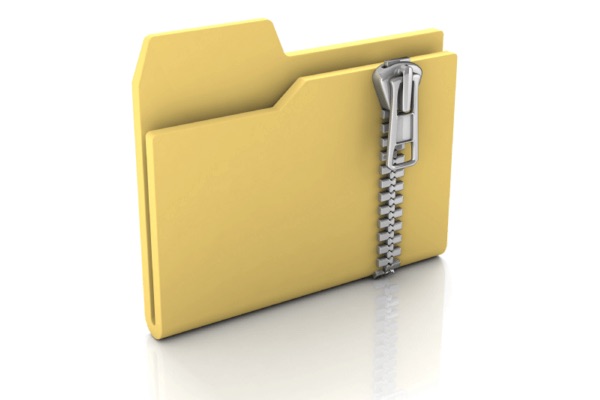 If you are familiar with this topic or simply don’t give a hoot, you may proceed to the next section for the actual instructions.

As an alternative to ZIP files, RAR files offer similar compression and convenience. Both formats are examples of “archive” files, which are designed to store a collection of files compressed into a single archive. That way, instead of having many people download many individual files, you can simply provide a single file for download (or attach a single file to an email) and everyone can download that one file.

Roshal Archive is an archive format developed by a Russian software programmer named Eugene Roshal. The RAR archive format has various advantages over the ZIP format, including error recovery, reduced file sizes, and the ability to split a RAR into multiple parts.

While ZIP and RAR were once the standards for file compression and encryption, we’ve come a long way since their heyday, and now have far superior methods at our disposal. Even though 7-Zip is a common choice, it is by no means the norm. Therefore, familiarity with RAR archives is crucial.

Which Is Better, RAR or ZIP?

There’s a built-in ZIP extractor in Mac OS X. However, RAR files are not natively supported by macOS. To open a RAR file, you need to download additional software. People choose RAR because it is more effective than ZIP in every way, if you must know why. RAR archives are more secure than ZIP archives according to the AES-128 encryption standard, and they compress data at a higher rate. This means that RARs are definitely high-quality archiving formats that you will encounter frequently. Additionally, these files end in “.rar,” in case you hadn’t already noticed. 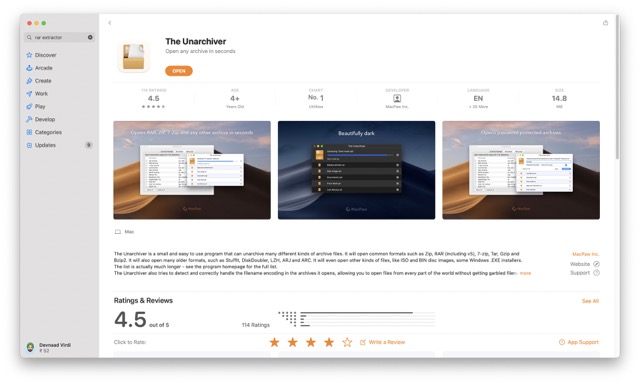 Unfortunately, Unarchiver’s lack of complexity means that it’s missing certain useful tools. It doesn’t zip up files on its own, and you can’t use passwords or open the archive to see what’s within. Therefore, if you frequently deal with archives, it is highly recommended that you invest in a Mac unarchiver with all of the bells and whistles.

Set this app as your default RAR app if you don’t want to launch The Unarchiver or drag files onto its icon in the Dock. Once you’ve done that, any RAR file may be extracted by double-clicking on it, just like a ZIP file.

For optimal results, set The Unarchiver as your default RAR extractor by following these steps:

Mac users, use unRAR in the Terminal.

If you want to use the Terminal to extract a RAR file, you’ll need to download and install Homebrew, which is a suite of utilities in one.

The RAR extraction programme can be installed with a single command using Homebrew as an example.

You’ll need to enter this into the Terminal. Which can be accessed by pressing Cmd + Space on your keyboard, followed by typing “terminal,” and then clicking on the resulting result.

This command will get you started with the Xcode command line tools:

After installing unRAR, simply open the RAR file in Terminal and enter the following command to extract it:

The files contained within a RAR file are compressed and can contain one or more other files. A vast range of file types can be found in these folders, from text documents to pictures to videos. Simply put, your Mac can open ZIP files but not RAR files because of the different compression methods used by the two.

Although RAR files are not intrinsically dangerous, they may contain malware if they are not properly encrypted. RAR archives are often safe to open as long as you know and trust the source from where you obtained them. Malware could be hiding in a RAR file. If you don’t know where it came from or who originally compressed it. To be safe, you should never open a RAR file from an unknown source.

How To Change The Startup Screen In macOS Ventura