How To Use Oculus Move To Track Your Fitness Goals

In this article, we have explained how you can track your fitness goals using Oculus Move.

While this might never dawn in your mind but playing VR games on Oculus Quest is a mind-blowing way to contribute to the mandatory movement you ought to make throughout the day. As you know, playing the trendiest virtual reality games involves vigorous body movement that contributes to calory burns and helps adopt a healthy lifestyle than gaming while lying down on the couch and gobbling on a packet of chips.

Interestingly, it is possible to track your body movements when playing games on your Oculus Quest and Quest 2 using the Oculus Move app. In this guide, we have provided an overview of the Oculus Move. So keep reading below.

What Is Oculus Move?

Oculus Move is a free and native app on Oculus Quest and Quest 2 VR headsets. Designed by Meta, it is a fitness tracking tool that can effectively maintain the stats of the activity you do while playing VR games.

As the app covers all the games installed on your VR headset, the body movement is effectively monitored regardless of the game you love playing. As any fitness tracker is not perfect, you shouldn’t think of it as a replacement for the fitness bands or the detailed exercise routine advised by your doctor. But it can still track the amount of time you spent making body movements to achieve a healthier lifestyle skilfully.

How to Set Up Oculus Move

It’s about time to set up and use Oculus Move on your Quest 2. Here’s how:

Tip: If you are unable to find Oculus Move in the list of apps, expand the drop-down on the top-right and choose the show-only default apps.

Also Read: 5 Oculus Quest 2 Settings You Did Not Know About 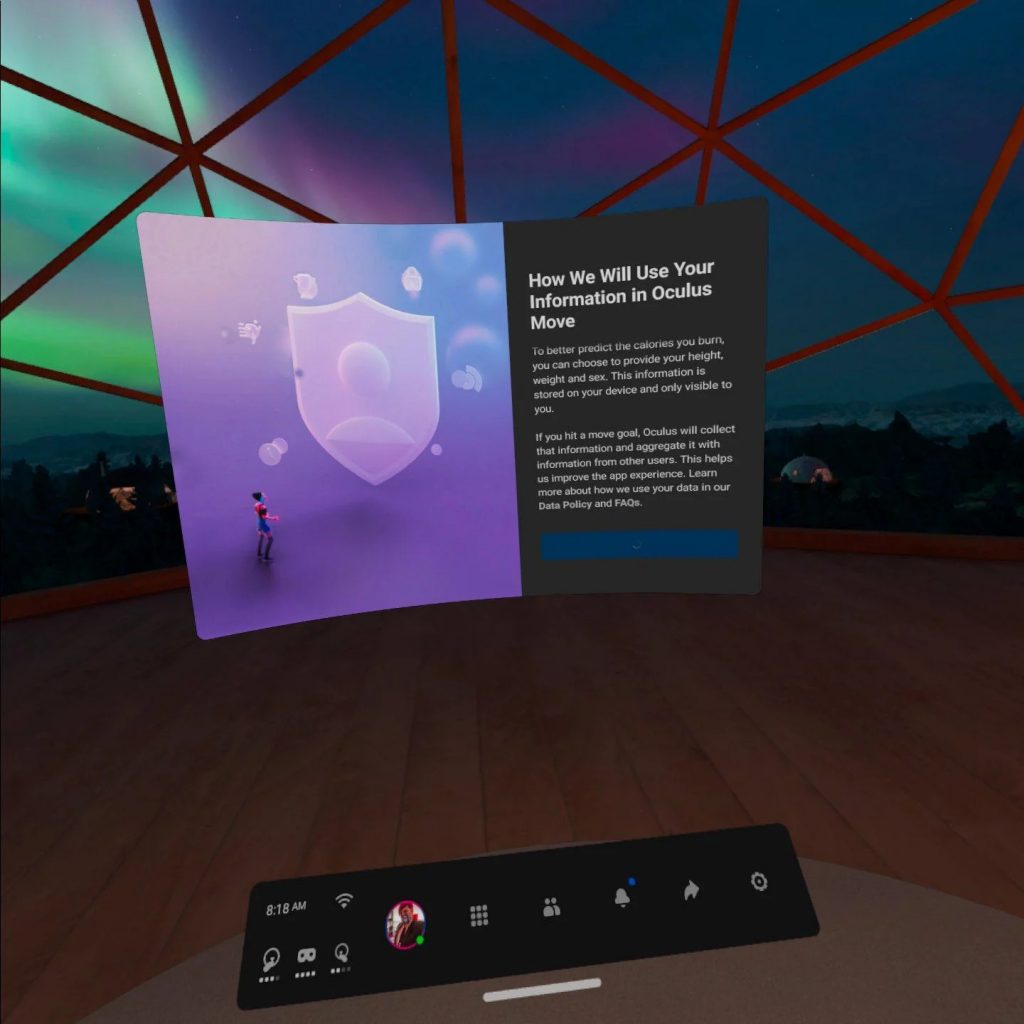 Also Read: How To Take And Share Screenshots And Video Clips On Oculus Quest

How to view data in the Oculus Move app

Now that you’ve set up the Move app, you need not do anything explicitly. You can continue playing the game as you do and, in the background, Move will collect your body movement data.
If you want to view the data collected over the days, there are several ways to do it:

Also Read: How To Set Up Virtual Desktop On The Oculus Quest 2

That’s all folks! We’re sure you’ve understood that you can not only play games using the VR headsets but also track your fitness goals. What do you think about this feature? Let us know in the comments below.