What is NFT? Why NFT Is In The News Recently?

The first-ever tweet of Jack Dorsey was sold for $2.9 million as an NFT. After being transformed into an NFT, a Cat gif was sold for $600,000. Crazy! Right? If you’re a regular internet user, you’ve probably seen or heard the term NFT in news headlines, on social media, in memes, and elsewhere. Given the growing popularity of this new technology, it’s understandable if you’re wondering what’s up with this NFT craze. So, in this piece, we’ll try to clarify what is NFT? why it’s been in the news recently?. And too, in a layman’s language.

NFT! It is a term that is blowing a common man’s mind these days. People are going crazy about it. So, continue reading to know the reason behind this fad.

Points to be discussed: 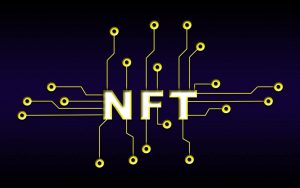 NFT refers to the virtual assets which are bought and sold online through blockchain technology. Non-fungible basically refers to something that cannot be replaced or interchanged. Since these digital assets are limited and one of a kind, they are referred to as non-fungible.

It allows you to create a unique line of data that represents a piece of art. Hence, it validates the uniqueness or originality of the asset that could be a meme, JEPG image, music, GIF, etc.

A non-fungible token is a piece of data stored on a blockchain that ensures a digital piece of material’s uniqueness.

The core concept behind NFTs is the transfer of ownership. It is quite crazy that people nowadays are spending millions of dollars to own just a tweet or GIF or JPEG.

Read: What Is Blockchain Technology?

NFTs are used as speculative digital assets. However, many experts criticize this technology. It is because a large amount of power is required to validate these blockchain-based transactions via a network of computer systems.

As a speculative asset, NFTs representing certain digital items and artworks have seen a lot of use. Experts have dubbed the boom in NFT purchases an economic bubble.

How NFTs are Sold or bought? 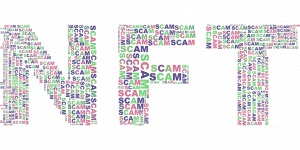 Why has NFT been in the News recently?

The first NFT appeared on the screen in 2014. However, the real craze of NFTs began in 2017 when an online game CryptoKitties made money by selling tradable cat NFTs, and its popularity raised awareness about this new technology among people.

Additionally, it experienced a tremendous increase in its market in 2020. Since then, it has been making headlines. As a result, It began to pique people’s interests all across the world.

How to create NFT?

Honestly, the mechanism behind this latest technology is difficult to explain. In contrast, selling an online asset or item is straightforward. So below is how to do it:

How to buy NFT

In this last, there is one common question, i.e., how to buy an NFT. So, below is how to do it:

Is NFT worth investing in?

Well, first of all, it is generally advised to invest only a little amount of money in NFT at this stage. It is because NFT is a very new technology. Also, the value of these digital items is highly unpredictable. So, if you are buying an NFT for millions of dollars, possibly, you may not sell it in the future. Or in short, maybe it holds no value in the future.

So, this is all about What is NFT? why is it in the news lately? Additionally, this snippet also talks about how to create an NFT and how to buy one. If this article cleared your doubts about this latest phenomenon, kindly let us know in the comment section. Moreover, if you would like to ask any questions related to this technology, you easily do so in the comment box. We would love to hear from you.

Harshaurya Kaur - September 10, 2022 1:1 am 0
The Apple iPhone 14 supports satellite data connections. Musk has revealed he has spoken with Apple...