Google is likely the most well-known Internet firm. It has a plethora of products and services centered on technology. Ultimately, like any other technical service, it’s not the ideal which includes Google Chrome. There are several compelling reasons to skip Google Chrome if you can afford it.

It doesn’t imply it’s the best just because it’s the most popular. Chrome’s success in the market has been attributed to a number of factors. Indeed, some Chrome users grudgingly declare that they are forced to use the browser for this or that feature. They experienced several heartaches and migraines as a result of the browser’s performance.

Anecdotes abound on the internet concerning Chrome’s ravenous appetite for RAM and battery life. Google is attempting to enhance Chrome’s performance and footprint by limiting the amount of Javascript that runs in the background. Simultaneously, this may occasionally result in inferior user experiences, which Google is also attempting to avoid.

Despite its reputation as a heavy browser, Chrome is, reluctant to add new capabilities.

This means Chrome may not always keep up with the latest trends or user requests, although acceptable to some users. Given the browser’s reputation for resource consumption, users may prefer that Google concentrate on polish rather than fluff. Extensions may bring extra functionality, but the way Google pulled the rug out from under them may have forced some frustrated developers to abandon the browser altogether. 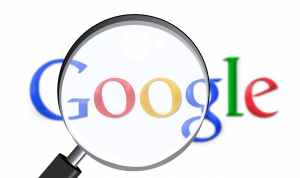 Google has never been associated with privacy in a positive light. The firm is working hard to reverse that perception. On the Web, it has been promoting its efforts to rid the globe of unwanted third-party monitoring cookies. That is a commendable initiative in and of itself. Other browser manufacturers have jumped on board as well. Though not all of them agree with Google’s new ideas for how to achieve it.

Meanwhile, Chrome is being utilised as a testbed for Google’s privacy initiatives. This includes new technologies that block fraudulent ads and trackers while promoting the good ones. It’s still a work in progress, and it must pass regulatory and commercial scrutiny.

Google chrome is one of the most widely used Internet browsers. It’s where you’ll find the majority of Google’s revenue-generating products and services. In other words, it’s an essential portal into Google’s services. It’s becoming increasingly clear that Google is positioning it as such. It also works the other way around, with some of Chrome’s best features available only if you already use other Google products.

In recent months, Chrome has gained a growing number of capabilities that integrate other Google products. While this may appear rational from an economic standpoint, it also raises regulatory concerns about anti-competitive and monopolistic corporate activities. It naturally bears the danger of favoring Google’s other goods, despite the fact that a web browser should be largely agnostic to anything else. On the other hand, it makes things more difficult.

Browser add-ons and extensions were expected to make them easier to use and lighter, but that didn’t always happen. Chrome is a resource-intensive piece of software that is highly complicated, and this complexity is reflected in its setting options. Chrome, like any other Google product, has so many options that the browser needs to use a small search engine to find the controls it needs.

Of course, there are advantages and disadvantages to this “feature.” On the one hand, it gives the user more control over how a browser works, allowing them to customise nearly every aspect of the experience. On the other hand, it’s all too easy to become lost in a sea of options, and it’s just as easy to hide crucial privacy or security settings so that people don’t hunt for them. 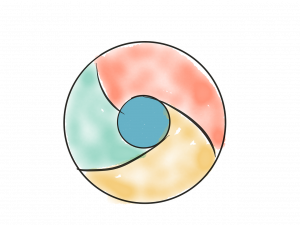 Web browsers used to compete in terms of the number of third-party add-ons, also known as extensions, that they supported. The extension system allowed the browser to stay thin, at least in comparison to the behemoth that was Internet Explorer, while also allowing for features that the browser’s creators didn’t foresee or design. That, of course, necessitated the presence of hooks in the software that extensions might use to implement those features, which may include the ability to change what users view on a web page or even touch files on a user’s machine.

Unfortunately, extensions have become a source of problems in the long run, putting the browser’s stability and users’ security at risk. The way Google handled its Chrome Web Store, which was much more open than its Google Play Store for Android, further complicated matters.

Because there was less quality control in return for a more open environment, a lot of malware-laden extensions were able to get through the cracks, often masquerading as extensions from trustworthy developers.

Google has been attempting to fill that gap, but its method has proven to be a double-edged sword. It has limited what extensions can access in order to reduce the negative consequences of malicious extensions, but it has also removed capabilities that some extensions required. Unfortunately, it isn’t yet complete, and some questionable add-ons continue to slip through Google’s monitoring.

Although Google deserves credit for championing the cause of removing bad cookies and trackers from Chrome and the Internet in general, there have been questions raised regarding the company’s true motivations. Its proposed compromise to replace those cookies, in particular, is called into doubt because it appears to benefit just Google, notably its ad platform company. And, of course, Chrome is being utilized to disseminate this out over the internet.

The aforementioned FLoC, for example, is divisive since it prioritizes Google and Chrome. For example, it would only operate with Chrome, and marketers would have to be verified through Google’s network. It delivers the idea that in this new world, Chrome and Google are the only ways to stay safe online. Other browser makers, as well as many privacy advocates and industry regulators, were understandably upset.

If Chrome didn’t have all of these flaws, there would be one detrimental side effect on every platform using Chrome. The absence of competition will be harmful to Google. Additionally, it will be harmful to the Web as a whole, slowing innovation and progress.

Monocultures have never been good. Diversity and competition, within a reasonable range, have always aided in the development of new products. Others may accuse rivals of copying, but new features become standard. This happens when they are implemented by competitors because they are popular or helpful. Chrome’s open-source Chromium basis has become the foundation for several competing browsers. This includes Microsoft Edge, Opera, and Brave. These browsers offer new capabilities that challenge the status quo and, at times, influence Chrome’s direction.

Perhaps the biggest problem with Chrome’s large market share is that it gives Google too much clout in the direction that the Web is going. If Google decides that Chrome will block sites that use this or that technology or require that sites implement a new feature, most websites will have to adjust to cater to Google’s demands. At times, that works in the Web’s favor, like pushing HTTPS to become the standard. Other times, it seems that Google is the only one to really benefit in the end. For instance, when it encouraged websites to use AMP.

Even without those future capabilities, such as the contentious FLoC, Chrome has certain privacy-protecting mechanisms in place. Some of these sound like standard browser functions, such as denying site access to specific hardware or using incognito mode. Others, such as limiting non-HTTPS sites or disabling FTP capabilities, maybe exclusive to Chrome or were first implemented in Chrome.

Chrome’s Incognito Mode is one of the most current and prominent examples. After promoting the use of safe browsing for years, Google just recently revealed that it provided extremely limited protection.

Incognito mode essentially hides your behavior from other people who are using the same device and browser or browser profile as you. Chrome will still send some data to Google’s servers for regular telemetry purposes, so it won’t always hide you from Google.

Hopefully, this article provided you with the necessary information regarding Chrome.

5 Tips To Fix No Battery Detected Error In Windows 11


If you like our content or it helped you fix your problem, please consider buying us a coffee. It will help us maintain the quality and we'll keep providing you free solutions. Thank you for your support!

How To Remove Language In Windows 11

Harshaurya Kaur - January 18, 2022 1:1 pm 0
Remove Language In Windows 11 Windows 11 is all about making the Windows user interface better through a completely new layout. Some examples of this...

What Do The Bars Mean On The iPhone Weather App?

How To Fix iPhone 13 Not Connecting To Car Bluetooth

Taiba Hasan - January 23, 2022 12:1 pm 0
In this troubleshooting guide, we will let you know how to fix iPhone 13 not connecting to the car Bluetooth issue. Owning the brand-new iPhone...

Harshaurya Kaur - January 21, 2022 4:1 pm 0
Wordle is taking over Twitter, and the green and yellow-colored boxes have already started to show up all over the place, too. The new...
Load more