Microsoft store is an awesome platform. It is where Windows users can find numerous apps as well as games. So, it becomes an important part of the windows. However, the experience with the Microsoft store is not always the best. Sometimes, users face the problem of Microsoft Store being stuck on starting download. This is one of the most frustrating experiences with the platform.

So today, without being too wordy, we will get to know how to fix the Microsoft store stuck on starting download issue. Keep on reading if you want this problem to be fixed. 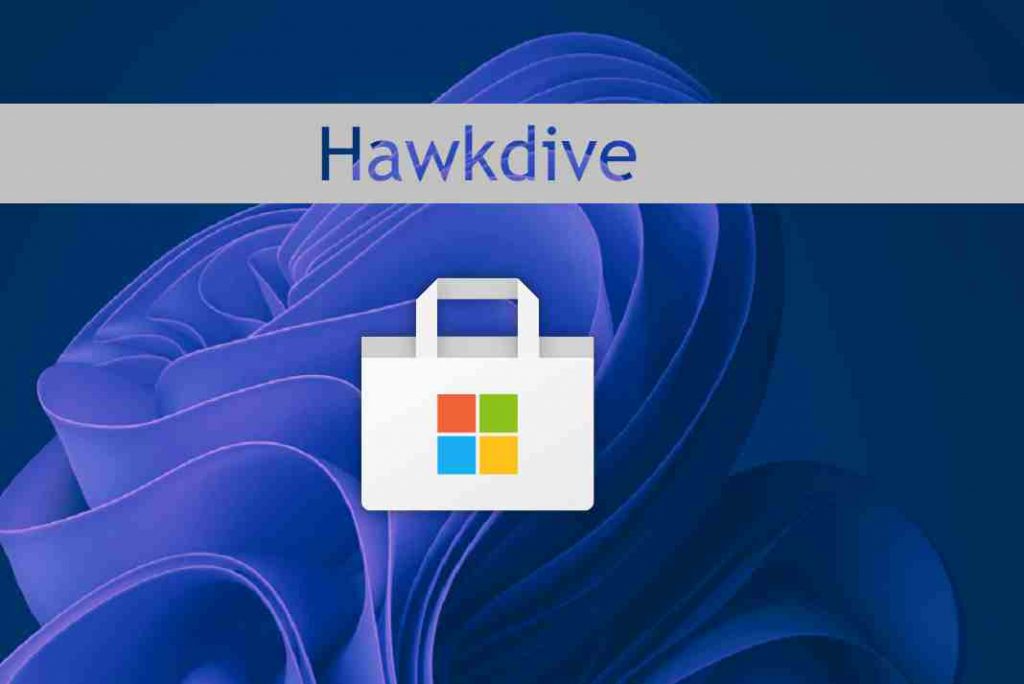 How to fix Microsoft Store Stuck on Starting Download?

Now, let us discuss the ways to fix the Microsoft store stuck on starting download in detail:

It is one of the best ways to fix the Microsoft Store stuck on starting download. Generally, signing out and then signing in fixes the issue. So, you must definitely try this in the first place. Below is how to do it:

If the problem persists, move on to the next solution given below.

At times, users normally encounter issues while using Microsoft store. Fortunately, Windows has in-built programmes to find out and repair such issues. 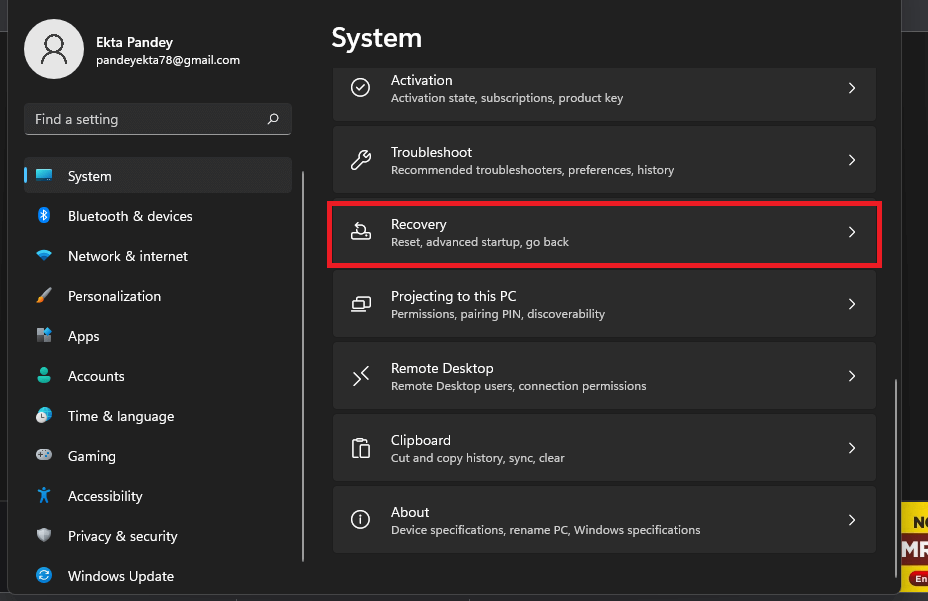 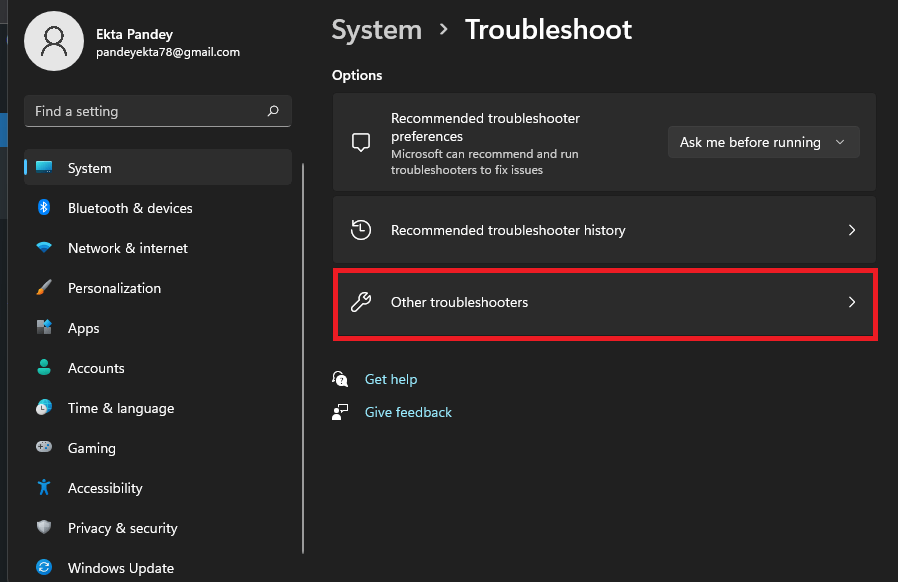 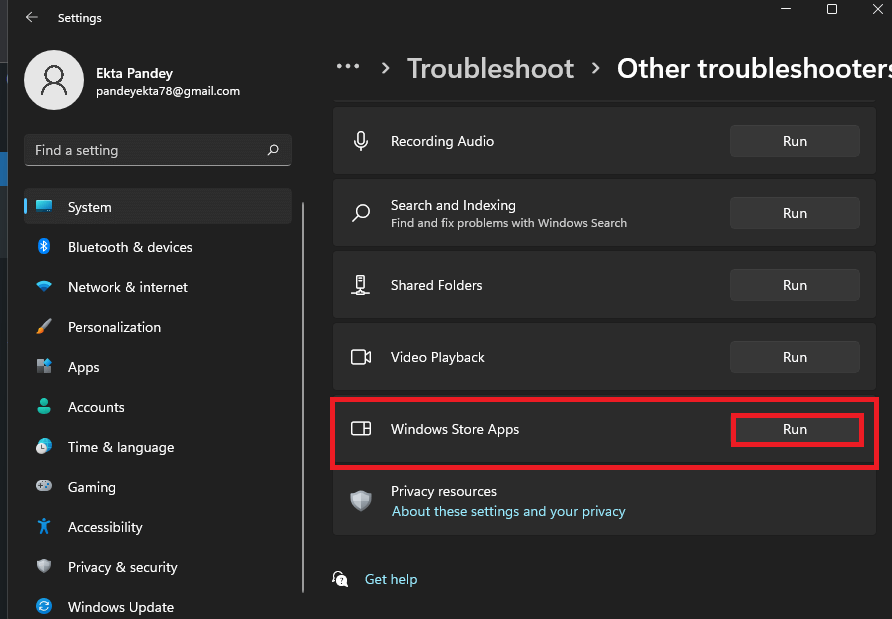 Wait for the Troubleshooter to complete the scan. After that, if the troubleshooter recommends a fix, follow the on-screen instructions to fix the issue with the Microsoft store.

However, If the issue of Microsoft store stuck at starting download persists kindly move on to the next solution given below.

There are some instances when the cached files get corrupted and result in software problems. So, If you can’t download anything from the Microsoft store, it is likely that the cached files are to blame.

Paste the following command in the command prompt and press enter.

4. Now, restart your PC to see if the issue has been resolved.

If the problem persists, move on to the next solution given below.

If you can’t clear the Microsoft store cache, you will need to re-register to the app first. So, below is how to do that.

Another way to fix the issue of MS store stuck at starting download issue is to Reset MS Store settings. So, below is how to do it:

1.Go to the System Settings by pressing the Windows+I key combination. 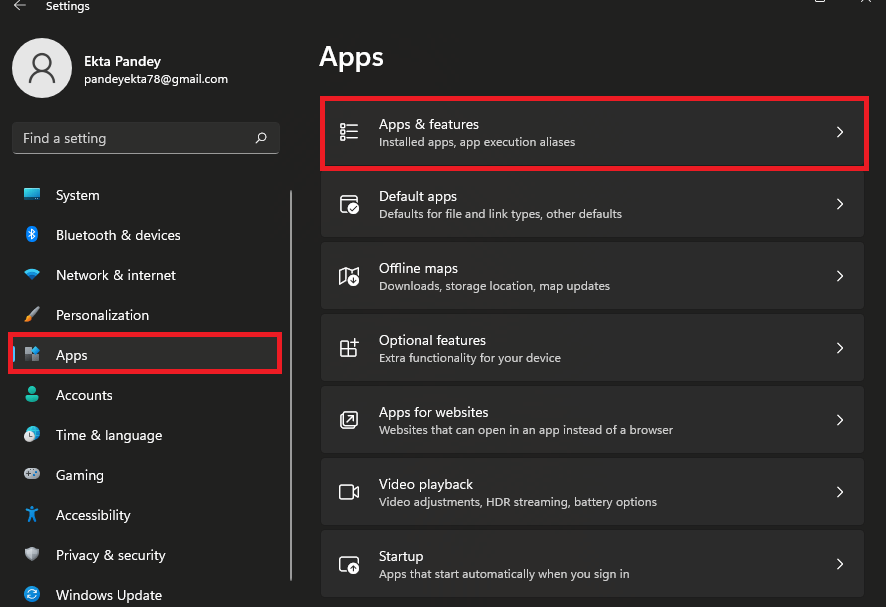 3. Then, tap Apps & Features on the right side.

4. Scroll down and find Microsoft store.

5. Now, click the three-dot icon next to Microsoft store. 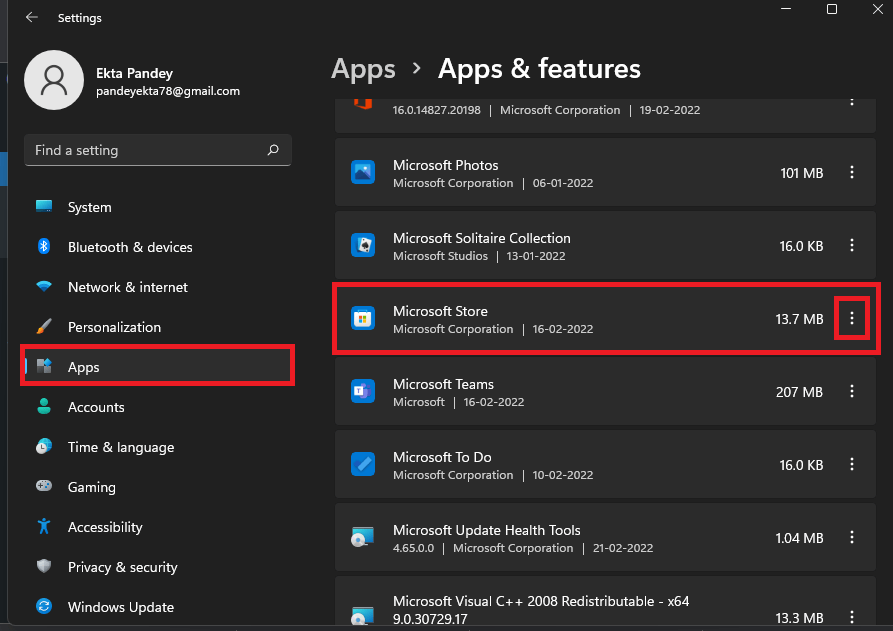 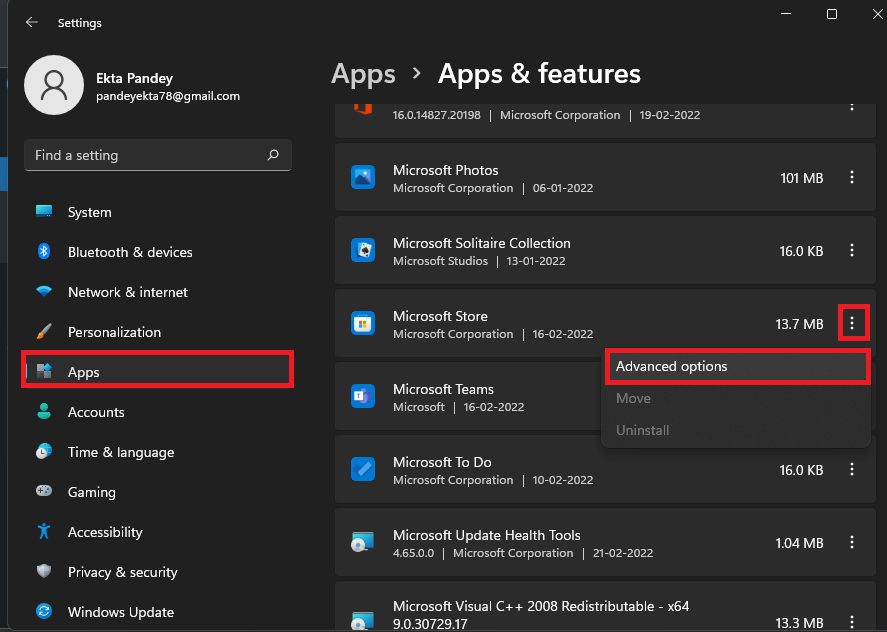 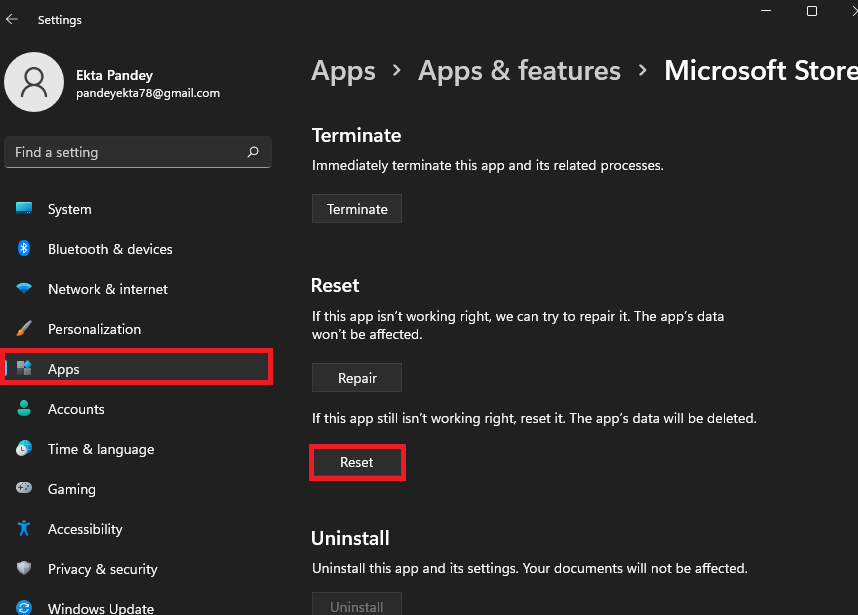 All the app data will be deleted but the apps downloaded on your PC will remain in their place. So. don,t worry about that. If this trick doesn’t resolve your issue, you may move on to the next method given below.

System File Checker(SFC) scan finds out the corrupted system files and restores as well as repairs them. So, if none of the methods above fixed your problem, it is time to run an SFC scan.

Note: It is wise to create a backup of your data before running an SFC scan as SFC scan can be risky at times.

So, below is how to sun an SFC scan: 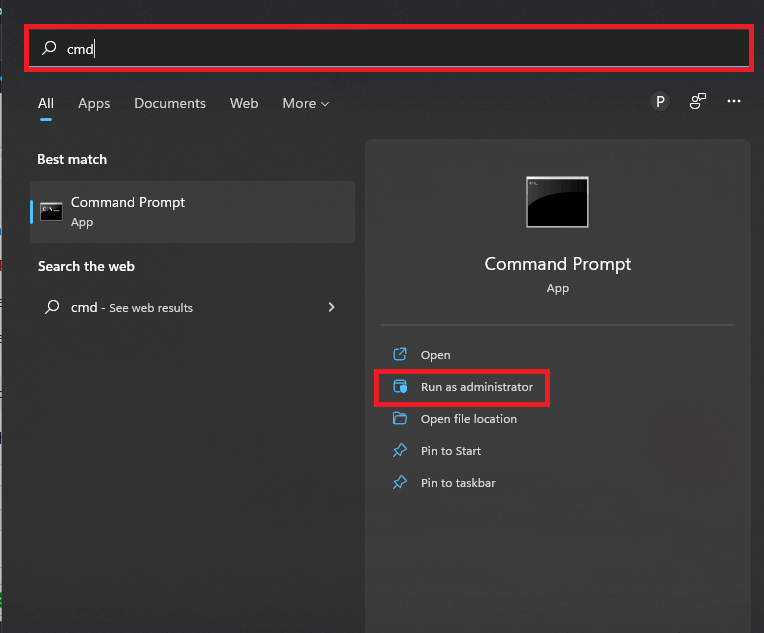 5. Wait for the process to complete. It will take time.
If the result shows something like this: ” Found corrupted files and successfully repaired them” then, you may close the Command Prompt windows and Restart your PC. The issue of the Microsoft store being stuck at starting download should be fixed now.

The update is an essential part of Windows. It can fix many bugs as well as improve the overall performance of the system. However, it is also possible that while updating, many of the files get corrupted sometimes. So, if this is the reason behind the Microsoft store being stuck at starting the download, then you must reset the windows update. So, below is how to do it:

6. Scroll down and locate Windows Update.

8. Now, press the stop button in the top-left corner as shown below in the screenshot. 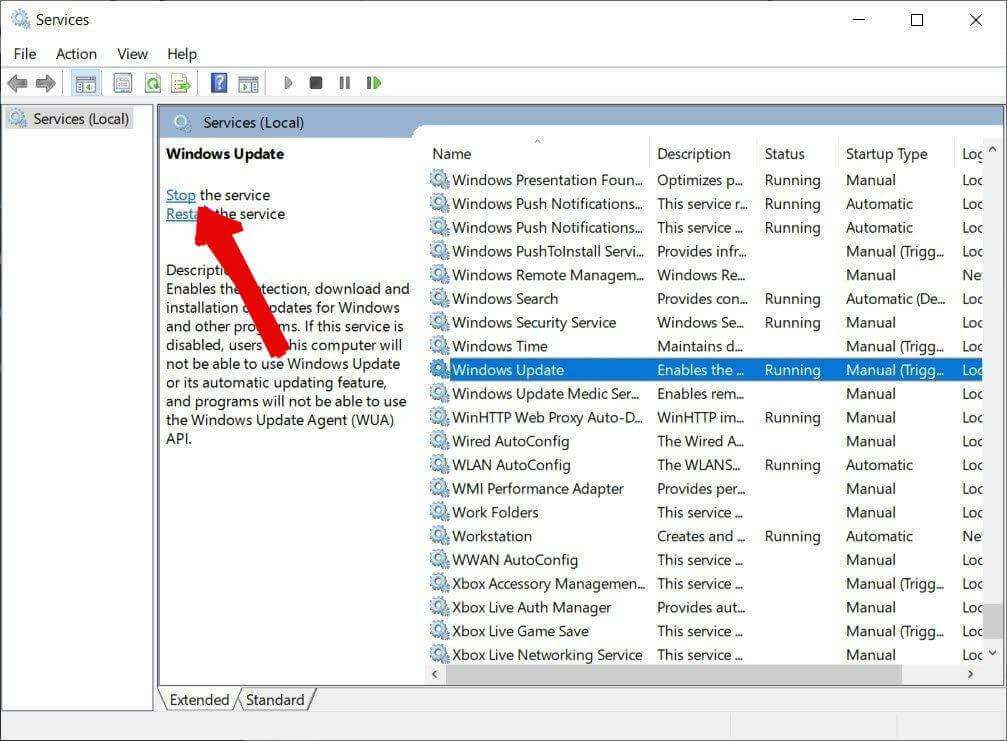 11. Now, head back to the Services Window and click on Start at the top-right corner.

12. The issue of the Microsoft store being stuck at starting download should be resolved now.

So, that’s it. This is all about how to fix Microsoft store stuck at starting the download. So, Go ahead and try these fixes to overcome this issue. If you face any problems while performing these steps, do let us know in the comment section. We would love to help you.

So, in this article, we have tried to resolve the following issues:

macOS Ventura- Exchange Calendar Does Not Synchronize On Mac After Upgrading