GadgetsiPhonesiPhone 14 And iPhone 14 Pro Leaks- Everything We Know So Far
April 29, 2022 4:1 pm
By Harshaurya Kaur

Apple is planning to launch another flagship iPhone. We present our guide for the iPhone 14 & iPhone 14 Pro Leaks.

iPhone 14 Pro, Apple’s next iPhone, expects to represent a major departure from the iPhone 13 Pro in terms of design. As of now, speculations have suggested everything from a return of Touch ID to the demise of the notch on the iPhone 7.

As impressive as the iPhone 13 Pro is, it’s hard to argue that it’s a slam dunk above the previous generation. Since the iPhone 11 Pro, there hasn’t been a significant advancement in the iPhone lineup.

The Samsung Galaxy S22 Ultra and the Google Pixel 6 Pro are posing a serious threat to the iPhone 14 Pro, and it appears that Apple will have to step up its game to compete. Fortunately, based on the reports and leaks thus far, Apple’s upcoming Pro model appears to be doing just that. There may be significant variations between the iPhone 14 Pro and the other iPhone 14 variants.

So far, here’s everything we know and hope to see from the iPhone 14 and iPhone 14 Pro.

Also read:iPhone 14: From Specs To Design, All We Know

The rumored release date and pricing of the iPhone 14 Pro.

Apple, as expected, is keeping a tight lid on any details about the upcoming iPhones, especially in regards to pricing and availability. However, based on prior introductions, September is a safe bet for the iPhone 14 range.

According to Apple’s prior patterns, iPhone 14 could be unveiled on September 13 and released 10 days later on September 22. However, this is just speculation.

Last month, it was reported that Apple would be doing engineering validation testing (EVT) on all of its next iPhone 14 models, including the pricier Pro variant as well. This would indicate that the design of the four phones believed to be in the range has been finalized, including all the speculations we’ve heard.

One of the more trustworthy leakers. Leaks, However, a report from ApplePro claims that three of the four iPhone 14 variants are expected to see a price increase.

At $1,099, the iPhone 14 Pro would represent a $100 premium over the current iPhone 13 Pro, which retails for a starting price of $999. The iPhone 14 Pro Max price is expected to rise to $1,199. Anyone expecting to get their hands on a high-end version of the iPhone 14 will be stinging their wallets with this price increase.

Get ready for the most dramatic differences in years by checking out our early review of the iPhone 14 vs. iPhone 14 Pro.

Also Read: Apple iPhone 14: Here’s Everything We Know So Far

According to tipster Jon Prosser, secret information has led to a series of renders that highlight possible substantial upgrades for the iPhone 14 Pro.

According to other sources, the camera module would also grow in size. For the 48MP camera, a bigger module is required, according to reliable Apple expert Ming-Chi Kuo. Consequently, another rumor indicates that the iPhone 14 Pro’s corners (but not the Pro Max’s) would get rounder to better fit the curved corners of the new module.

The controversial display notch has also been said to be removed from the iPhone 14 Pro’s design. Display analyst Ross Young predicts that Apple will offer two cutouts for Face ID: a pill-shaped cutout and a punch hole.

A Weibo user has shared an apparent schematic of the iPhone 14 Pro’s design. We’re not sure if it’s a better option than the notch.

Display Supply Chain Consultants, a young analyst organization, has once again pushed the concept of a dual-camera iPhone 14 Pro. However, the normal iPhone will have to wait another year before it receives a notch-free display, further enhancing the appeal of going professional with the next iPhone.

Another set of Apple CAD renderings has shown what the iPhone 14 Pro might look like without a notch. Despite its asymmetrical appearance, the design is undeniably Apple-esque.

Also Read:How To Check if iPhone Or Android Has Been Hacked 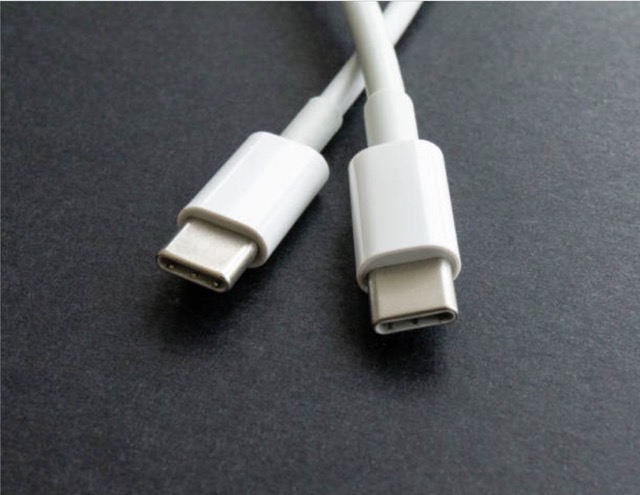 Many of Apple’s gadgets currently have USB-C connectivity, so it would make sense if the iPhone 14 Pro also has USB-C connectivity. According to more recent reports, Apple will continue to use Lightning over USB-C but move to Lightning ports with USB 3.0 data transfer speeds. It is becoming increasingly likely that the European Union (EU) will make USB-C the standard charger for mobile devices like smartphones.

If the iPhone 14 Pro included a USB-C port, some people would consider it necessary. The Lightning connector on the iPhone tends to break down over time, making it one of the most frustrating aspects of the device. This can make charging your phone extremely tough. Even though Lightning has become an established standard, Apple is unlikely to forsake it unless it is forced to do so. 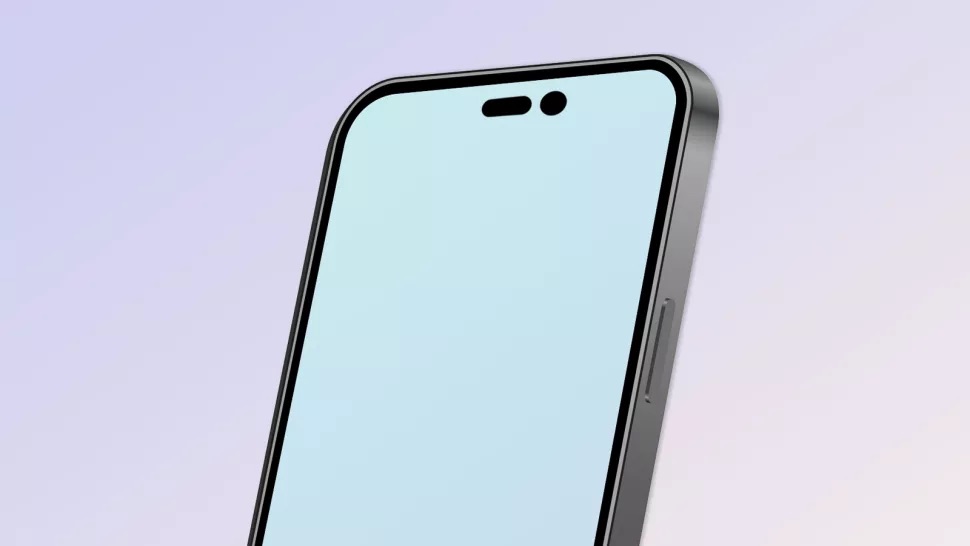 The 120Hz dynamic refresh rate display on the iPhone 13 Pro was one of the most significant improvements it brought. With the usage of an LTPO panel, the screen could swing from a 120Hz refresh rate to as little as 10Hz, which saved battery life.

According to the latest speculations, this won’t be changing with the iPhone 13 Pro. However, a newer LTPO panel, like the one in the OnePlus 10 Pro, may be able to enhance power efficiency, as demonstrated in the phone. 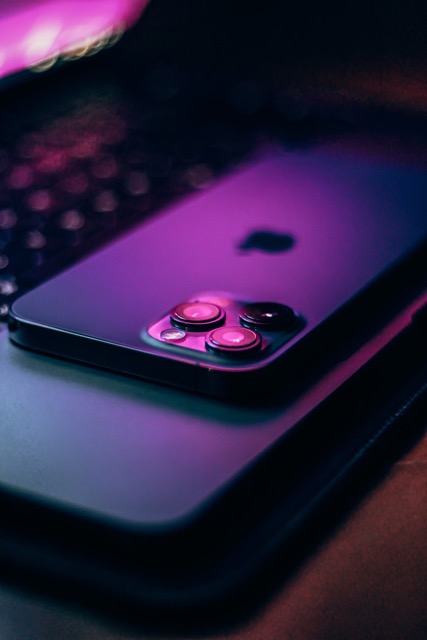 Keep your expectations in check for the number of cameras on the iPhone 14 Pro. Which expects to have a main, ultrawide, and telephoto camera array. That’s not bad, given how frequently Apple devices appear in our top camera phone rankings.

However, a single source suggests that the iPhone 14 Pro would have a 48MP main camera, a significant upgrade from the 12MP cameras Apple has been using for years. A higher megapixel count on the iPhone 14 Pro would give it a leg up in processing light and fine details. We may have returned to an era where megapixels mattered again for Apple’s computational photography.

On the contrary, a well-known Apple insider predicts that only the high-end iPhone 14 Pro models would feature a 48MP camera.

There has been no mention of any adjustments to the ultrawide camera. But it’s not surprising.

An Apple patent suggests the corporation is working on a periscope-style zoom camera for the telephoto camera. The iPhone 14 Pro would be the first iPhone to include such a function. The periscope camera may arrive on the iPhone 15 in 2023, but Apple oracle Ming-Chi Kuo thinks otherwise.

According to an analyst, Ming-Chi Kuo, this is one of the earliest reports we’ve heard regarding Apple’s next iPhone 14 Pro and ordinary variants. To increase the quality of FaceTime calls. Kuo believes that the front camera will equip with autofocus in the future. As for low-light photography, an analyst expects that the iPhone 14 would have an even wider aperture, improving the quality of images taken in low-light situations.

iPhone 14 Pro rumors are scarce, but it’s easy to predict that any new model will have an upgraded processor, as has always been the case with new iPhones.

We expect an A16 Bionic processor to follow the A15 Bionic in terms of performance. The process node for this chip expects to reduce from 5nm to 4nm. Alternatively, an Apple-designed 5G modem might also be on the table.

The A15 Bionic’s processor, graphics, and neural processing performance will almost certainly improve on the iPhone 14 Pro. You may not notice the difference to the ordinary user, but don’t expect the iPhone 14 Pro to struggle with any given work.

Weirdly, according to Kuo, the A16 Bionic will be available in the iPhone 14 Pro and 14 Pro Max. While the iPhone 14 will continue to use the A15 chip. Apple has never done this before, as new iPhones have always come with improved silicon. Another Shadow Leak leak supports this claim. The recent chip shortage may have affected Apple’s supply chain, but this is just speculation.

Newer reports indicate that the iPhone 14 will use the same A15 Bionic chipset that powers this year’s iPhone 13 Pro model. It makes the situation even more puzzling for Apple fans. According to teardowns, this chip has 6GB of RAM, but the iPhone 13 and iPhone 13 mini only have 4GB of RAM. So that would be an upgrade of sorts, but not in the same way as a full chip update, which would add to the attraction of the iPhone 14 Pro above the ordinary model.

Also Read:iMessage Not Syncing Between iPhone And MacPro -Fixed

The iPhone 14 Pro, according to a recent leak, would have 8GB of RAM. The iPhone 14 Pro might become an absolute powerhouse if its onboard RAM increase. Apple’s dedication to efficiency has allowed it to accomplish more with less RAM than devices like the Samsung Galaxy S22 Ultra.

However, the current iPhones aren’t exactly slow, so adding more RAM would seem excessive. However, Jeff Pu, an expert, expects that all four iPhone 14 versions will have 6GB of RAM, which we find odd.

The iPhone 14 Pro expects to have a storage capacity of up to 1TB. However, there have been no confirmed speculations.

Batteries of a certain size

As of now, there are no speculations about the battery’s size or capacity. The battery test repeatedly forces the phone to reload web pages over a cellular connection until it dies. Beliefs are optimistic that the iPhone 14 Pro will match or even beat the 11 hours and 42 minutes of the iPhone 13 Pro. We can expect the iPhone 14 Pro Max to have the same or better battery life. As Apple continues to improve the efficiency of its chips and phones. Analysts predict this is the iPhone 14 & 14 Pro Leaks.

Connectivity to the Internet

As for 5G, we predict a smaller 5G modem chip in the iPhone 14 Pro. The smaller size should reduce the amount of power to run the device. As well as provide the battery area to grow.

Outlook for the iPhone 14 Pro

The Pro models expect to represent a significant progression of the iPhones. We’ve seen it over the past few years. The iPhone 14 Pro could be the phone many of us have been waiting for. There is little doubt that it will resemble both the iPhone 13 and the iPhone 12. However, we believe that this incoming iPhone generation will set the foundation for future iPhones. By introducing a new design language and capabilities.

Not even a USB-C port, a larger sensor for the primary camera.  A notch could shake up the iPhone as we’ve known it. As a result. Other smartphones will have to follow suit if they want to include on our best phones list in the future.


Categories:
iPhonesNews
Previous article
How To Turn On Or Off Auto HDR In Windows 11?
Next article
Garena Free Fire Redeem Codes