A new addition to the Lego Star Wars series has finally been published. This remarkable package combines adventure, puzzles, secrets and exploration elements all together. But, you may need a little assistance while starting with this intriguing quest. So, this little guide may help you with this journey.

In Lego Star Wars: The Skywalker Saga, there’s a lot going on. There are a variety of items to collect, planets to discover and systems to engage with. It can all seem a little intimidating at first. As a beginner, it may be difficult to get all the things done in the first place or, to ace this game at the very beginning. But, don’t worry! We’ve got you covered.

Here, we present the 10 best tips and tricks to ace Lego Star Wars: The Skywalker Saga as a beginner.

Breaking everything is an easy way to reveal and collect studs. After smashing everything, collect the studs asap as they’ll flash and vanish after a brief time. These studs can be used to purchase various items. Most importantly, you can use them for unlocking new characters. Focus on filling all the three stud bars at the top of the screen and achieve the true Jedi rank. 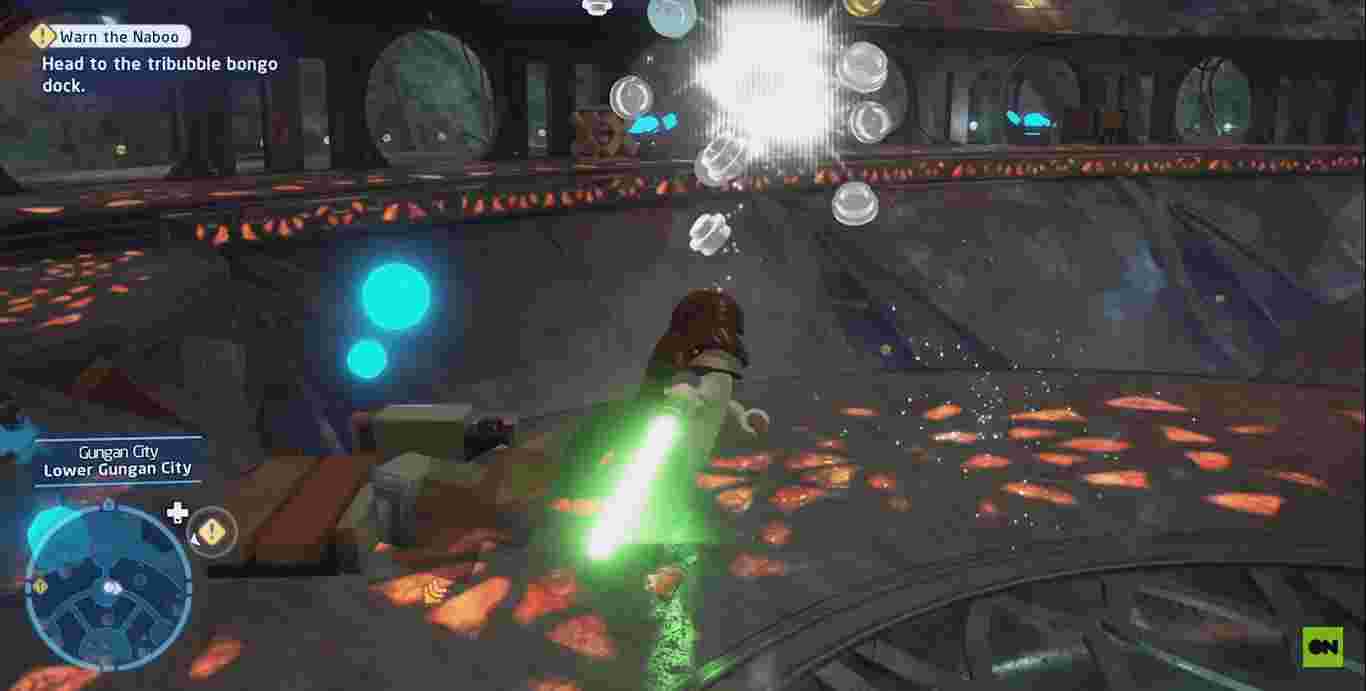 When you die or fall into a dangerous area, a specific amount of studs will appear. Apparently, this amount is deducted from the actual number of studs you have. So, don’t hesitate to pick them up as soon as your character re-appears. These studs can easily be collected from the place of death.

You can utilize the butt stomp ability of a character to destroy a larger area. To do this, jump into the air. Then, press B/circle. Once you do it 2 to 3 times, you will be flooded with studs. So, try it right away!

4. Mix up your moves

Mixing up your moves and using different combo attacks will unlock your bonus studs. If the enemy deflects you, you can try alternative combos to go past them. During the combat, If you notice an exclamation mark having a red background, press the Counter button. It will help you evade and deflect your enemy’s strike.

5. Pick up the Kyber bricks instantly

It is advised to pick up the kyber bricks as soon as you notice them. Additionally, there are simple puzzles on almost all levels. Completing these puzzles awards you with kyber bricks or some other collectibles(in most cases). So, keep collecting the kyber bricks as you are going to need them for upgrading the character. Additionally, when you die, you will lose some bricks. But you have the option to collect them. So, without any delay, collect them before they disappear.

As soon as you have enough kyber bricks as well as studs, you must upgrade your character’s abilities. Initially, you must focus on the core updates. The Core updates benefit every character. As you go down the core upgrades chart, you will be able to get major upgrades. In the second row, focus on Attract studs and Collectible detector. These will help your gain more studs as well as run into more collectibles. 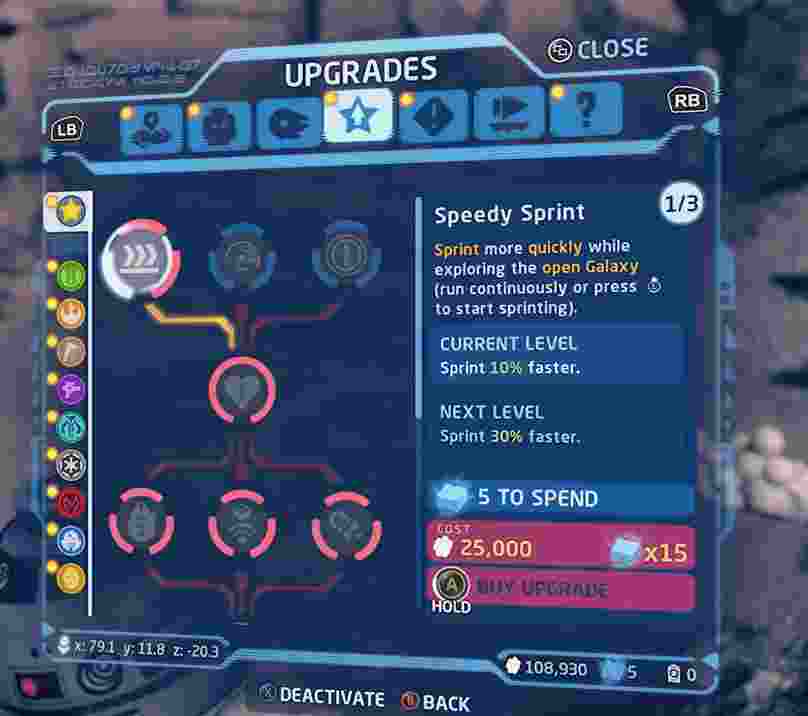 So, these are some of the best upgrades you can do right now.

Lego Star Wars: The Skywalker Saga datacards give you major advantages. They can provide you a battle partner, enhance the value of studs you own and much more. But, unlocking them may burn a hole in your pocket. Until the appropriate Skywalker Saga cheats for getting datacards are revealed, it is better to wait. Additionally, since it requires a huge amount of studs, getting upgrades to increase the value of studs may help. In short, keep collecting studs until you get enough amount.

To unlock new rumors, clues, information, directions to collectibles, etc. talk to all the characters that have an exclamation or question mark above their heads. They can help you in great ways. 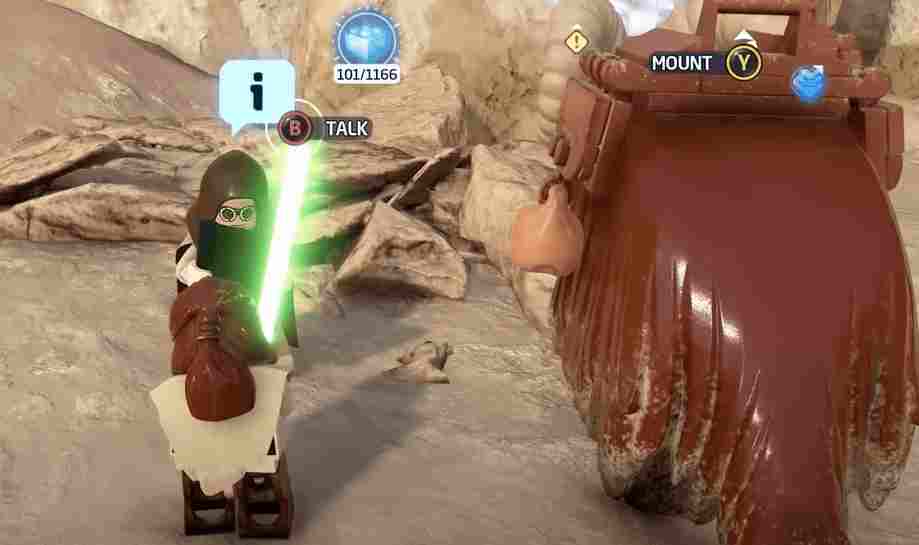 The easiest and the quickest way to get kyber bricks is to get into the space and look for kyber brick comets. Then, destroy them. For each comet, you will get five kyber bricks.

So, these are the 10 best beginner tips for Lego Stare Wars: The Skywalker Saga. If you are a beginner at the Lego games, then this guide will help you master it in no time. We hope you find these tips and tricks helpful. Additionally, if you have some more tips and strategies, do mention them in the comment section. We would love to hear from you.