NewsGoogle Chat- Send Multiple Photos And Videos At Once
September 22, 2022 9:1 am
By Harshaurya Kaur

G Suite is Google’s all-in-one software solution, but for a while, the company lacked a robust team communication feature. While Gmail’s Hangouts included video and instant messaging capabilities, it was primarily a consumer tool. It caused total anarchy whenever more than two people tried to talk at once. So it’s no surprise that many businesses who pay for G Suite also pay for a separate chat service like Slack.

Make Google’s software work harder for you by using automation

Chat.google.com is where you may find Google’s solution to this problem, formerly known as Google Hangouts Chat. It’s a group chat programme with separate “rooms” for different groups and tasks. Here’s a quick rundown of the basics, plus some of the greatest, lesser-known tricks for using Chat to get work done and advance projects.

If your firm uses Gmail for its business communications, you can use Google Chat at no extra cost by going to chat.google.com.

You may view the rooms you’ve been invited to in the chat. Any member of the team can be directly messaged, added to an ongoing chat, or given the ability to respond. They will receive an invite email if they haven’t already done so, or a direct message in Gmail or on the Hangouts app if they’re currently using it.

Sometimes texting just isn’t enough, whether you’re continuing an existing discussion or starting a new one. You could make a call instead. Meet is a video chat feature already included into the chat app. Click the Meet button (the icon with a chat bubble and video camera) in any Reply or New Conversation box to begin a call with everyone in the room.

You can now transfer files between Google Docs, Sheets, Slides, and Drive directly from within Google Chat.

It’s not surprising that Google Chat works with Google’s other business tools given its focus on professional communication. The New Conversation and Reply boxes both feature a permanent Google Drive icon. It’s a quick way to send someone a file from your Google Drive, where you may choose from recently used files or conduct a full-service search.

Alternatively, if you know the link to the Google Doc, Sheet, Slide, or Drive file you wish to share, you may put it into the thread or reply box and get a preview right away.

When it comes to mobile services and applications, Google is a major player. The brand’s comprehensive suite of services and solutions simplifies our lives in countless ways, from the realms of entertainment and navigation to lifestyle and health. Google has also experimented with a variety of social media and messaging platforms. Google Chat, an enhanced chat tool, is available for the latter. Chats, not Hangouts, will take over as Google’s favoured communication platform in the future.

The media picker in the Android app for Google Chat allows you to select up to 20 objects at once. In addition, you can pick and select which attachments to delete before sending. If you use Google Chat, you may now send many photos or videos at once, which is a huge increase over the prior limit of just one. Having a large number of media files to move can make this a tedious process.

Meanwhile, Google has released a fresh version of the Chat app with some nifty new additions. Here are the specifics:

Android users of Google Meet now have access to a new, multi-pinning capability ideal for the office. 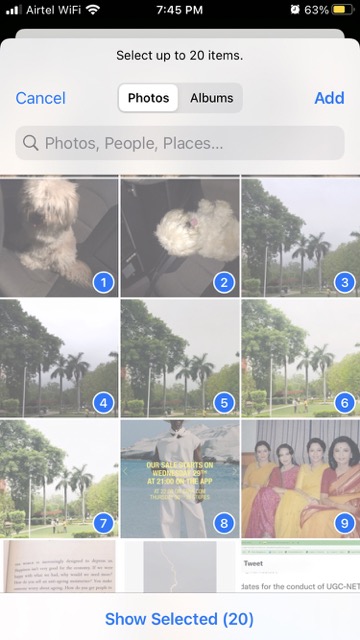 However, the online tool lacks Google Chat’s ability to simultaneously exchange numerous photographs and videos. However, both the dedicated Chat client and the unified Gmail app for iOS function without a hitch. In any case, a new function is added to Google Chat in its web-based iteration. Support for Smart Reply ideas in Spanish, French, and Portuguese has been added to the web-based Chat app. The 2019 release marked the feature’s introduction for the English language.

Users of Google Meet on Android and iOS will also benefit from the addition of multi-pinning to Google Workspace. In June, this function was released to the public over the World Wide Web. With this function, you can lock in as many as three video tiles at once. This functionality of the video chatting software is helpful in a variety of contexts, especially when using translators or while presenting jointly on a topic. Enhancements to mobile apps’ support for picture-in-picture (PiP) are another area that Google is actively promoting.

In its latest upgrade, Google’s Memories feature now boasts a stunning new design. The revamped Memories experience will place a greater emphasis on video content. The most notable change in the latest update is the incorporation of video clips that users can choose, edit, and save. The latest update also adds a zoom feature to the photographs. Google is also enhancing some video clips with whistling music.