Any user’s privacy is really important. Apple revealed the app privacy report as a feature for its iOS version in 2021. It’s one of the most effective privacy features available. This new capability allows iPhone owners to keep track of which apps are accessing their data. Cameras, microphones, contacts, and locations are examples of such apps.

When Apple unveiled the iOS 15 update in June at the company’s WWDC 2021 event, one of the most effective privacy solutions it offered was the App Privacy Report. Users may control which apps have access to their data on their iPhone, such as their camera, microphone, contacts, or location.

When Apple published iOS 15 in September, it didn’t contain a way for customers to validate their privacy report; this was added in the iOS 15.2 update, which was released on December 13. Users can now easily see which apps are constantly accessing their data and refuse them permissions, as well as keep track of the URLs apps, are connecting to throughout the day.

If you have an iPhone 6s or a newer smartphone and have updated to iOS 15.2, you’ll be able to quickly check and stop apps like Facebook, Twitter, Instagram, or Tinder from polling your location or accessing your camera roll. It’s worth mentioning that the feature is turned off by default, so users must actively enable it before it can display any data.

Also Read: How To Make WhatsApp Audio/Video Call On PC?

On iOS 15.2, here’s how to rapidly enable and use your App Privacy Report:

One of the most useful features of the App Privacy Report, which was introduced in iOS 15.2, is that it allows you to remove any rights that apps don’t require. It’s safe to assume that if a weather app continues to use your iPhone’s camera, you should either delete the app or cancel the permission immediately. 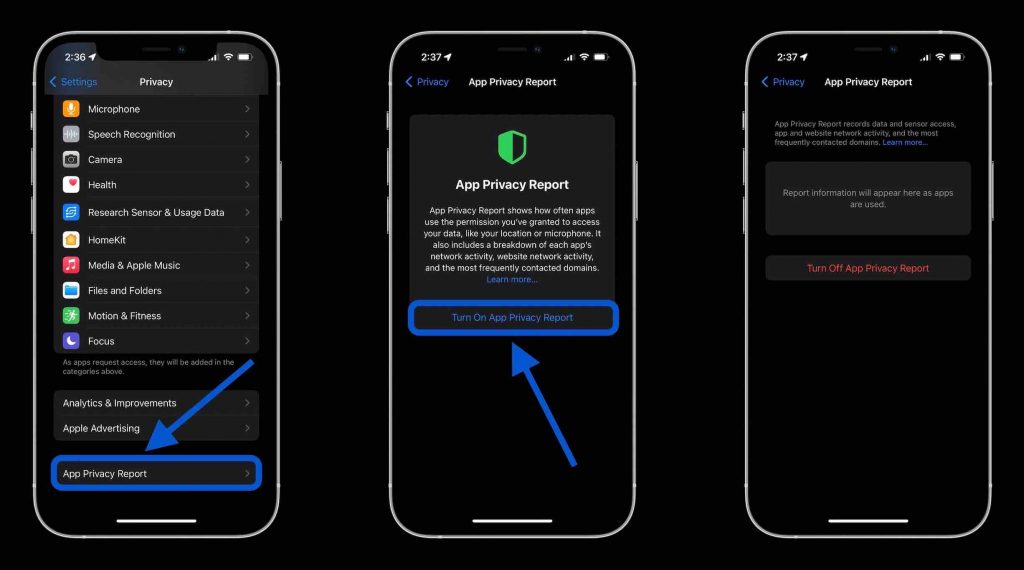 Users can check permission usage, network activity, website network activity, and the most often connected sites on the smartphone using the App Privacy Report feature in iOS 15. Here’s how you can understand the information after you’ve turned it on:

Data and Sensor Access is the top component of iOS 15.2’s App Privacy Report, and it indicates which apps have accessed iPhone permissions like your camera, location, or microphone, as well as when they did so. 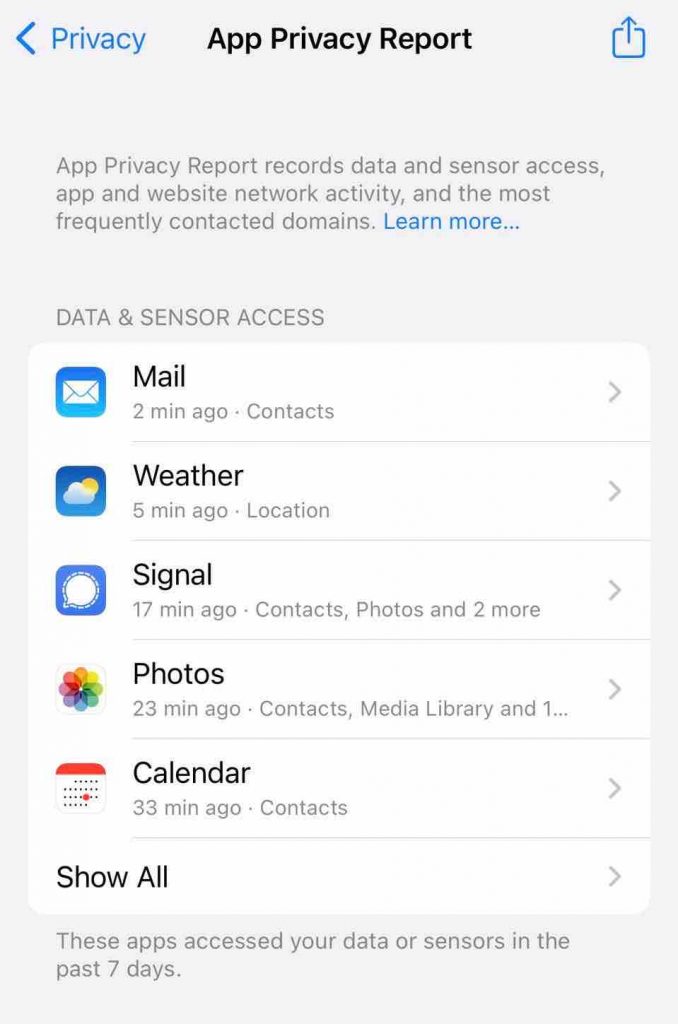 The App Network Activity section indicates which domains an iPhone app has contacted and when. Apps communicate with domains to execute functions such as email delivery or connecting you to other devices for video calls. Some domains addressed by an app may require it to execute its function. The apps can also transfer your data to ad networks to target advertisements. 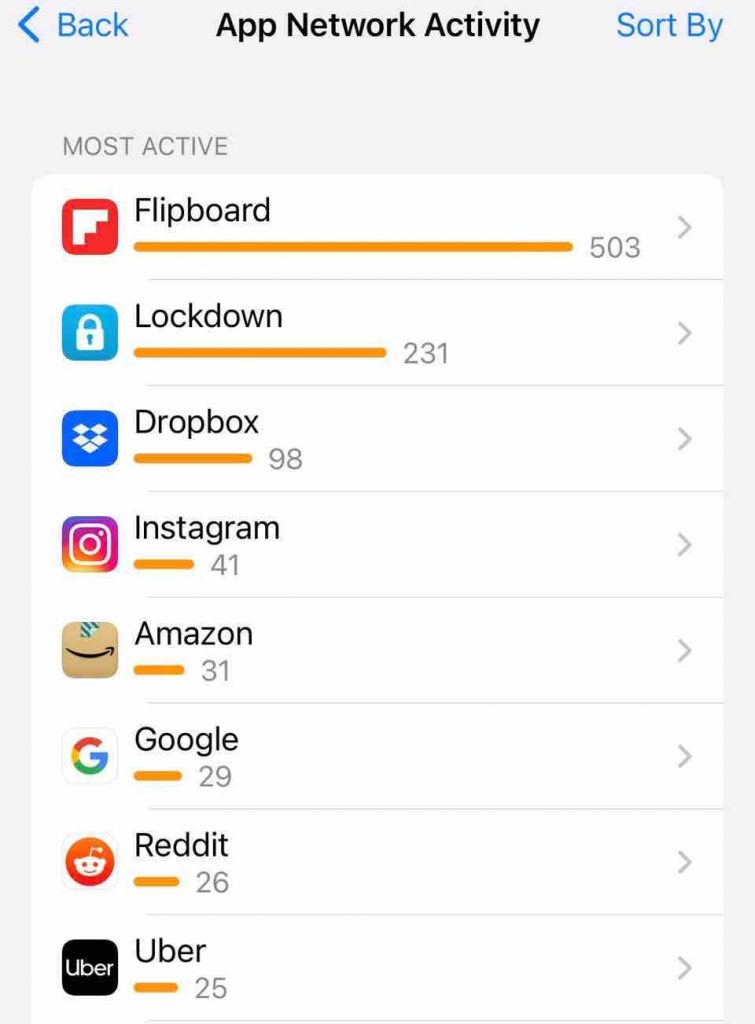 According to Apple, the App Privacy Report in iOS 15.2 shows domains address by many apps. As they could be gathering your data and combining it to form a profile to target you with ads. When reading through this section, you may notice, that many of the domains link to Google.

Also Read: How To Create Your Own GIFs?

What exactly are you waiting for? iOS 15.2 introduces exciting new iPhone features. The option to hide your email directly from the Mail app. It also gives enhancements to Find Me to identify devices that may be watching you.

It also includes iPhone security updates. When you combine that with the amazing App Privacy Report, updating to iOS 15.2 is a no-brainer. It’s quite simple to use, and revoking permissions and removing apps will significantly improve your iPhone’s privacy.

This effort for increased transparency comes on the heels of Apple’s decision in early 2021. It requires App Privacy labels that explain how an app tracks you. It further explains how information is related to you before you download it. Shortly after, Google publishes that Play Store apps will require to reveal their privacy practices.