How To Fix Siri Not Working After Updating To iOS 15?

Apple’s virtual assistant Siri is an obsessing feature and you can’t help but order Siri to do various tasks throughout the day. Siri can come in handy for managing your schedule; knowing about weather conditions, reading messages, and more.
With iOS 15, your digital assistant has leveled up and now it’s also possible to use Siri offline for some of the commands.

Unfortunately, some of the iPhone users are unable to access Siri after upgrading to iOS 15. Of course, hand controlling the iPhone is an option but Siri provided a wholesome experience. Worry not! You don’t need to part ways with Siri after upgrading to iOS 15. Follow the guide below to get rid of the issues that are causing problems in the normal operations of Siri.

Also Read: Here’s What You Can And Can’t Do With Offline Siri In iOS 15

Ensure that Siri is enabled

Make sure that Siri is enabled on your iPhone, here’s how:

Also Read: SharePlay Not Working In iOS 15? Try These Fixes

Now it’s wise to check whether Siri servers are working fine or if they are experiencing any issues currently. To do this, visit Apple’s System Status website. Now look for a green dot next to Siri. If you see it, it means the servers are up and running, otherwise, you should wait until the problem is fixed from Apple’s end.

If Siri is not working after updating to iOS 15, it’s sensible to ensure that your device has a stable internet connection. Even though Siri will be able to work offline for some queries after you’ve updated to iOS 15, it still needs internet for most of the commands,
So it’s worth ensuring strong internet connectivity for using Siri on your iPhone:

Also Read: How to turn Siri off on macOS Sierra?

Check if Siri & Dictation is Restricted

If you’re still not able to access Siri after upgrading to iOS 15, you should make sure whether the ‘Siri & Dictation’ option is enabled or not. 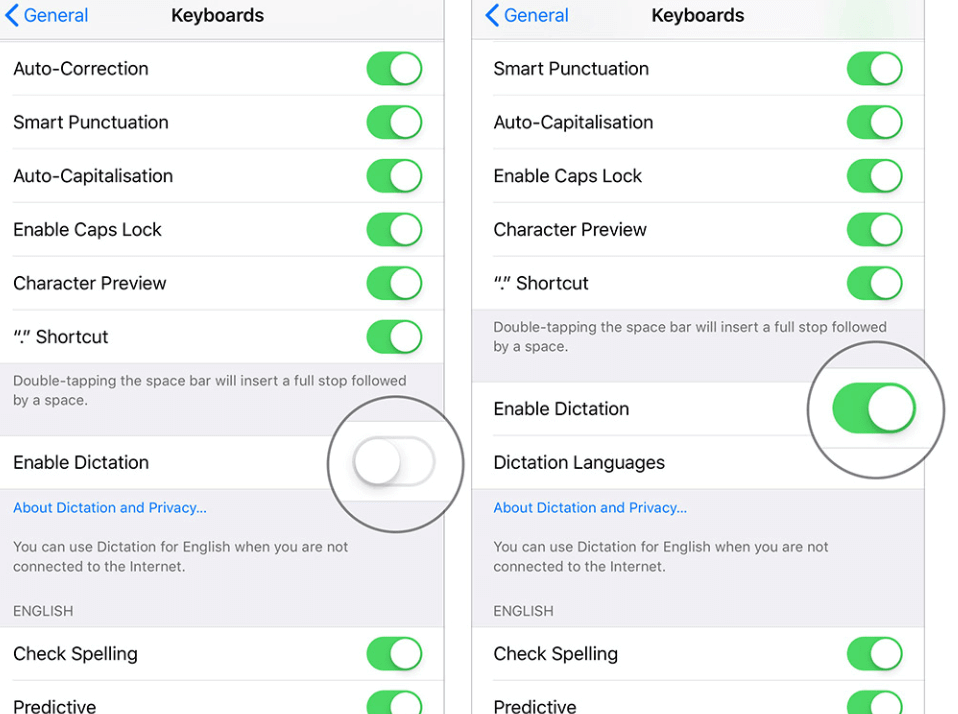 Turn off Type to Siri

The ‘Type to Siri’ feature may probably be hindering the voice interaction with Siri. So it’s worth turning it off to see if it helps. 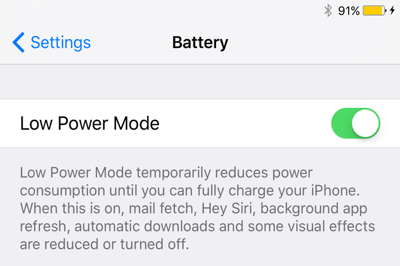 Note: You can also turn off Low Power Mode from the Control Center.

Siri needs access to the device’s location to provide better services. Here’s how you can turn on location services on iPhone:

If the issue persists, try restarting your iPhone, it might fix the problem. Here’s how to restart your iPhone:

iPhone X or above: Long press either volume up or down button along with power button. Now drag the slider that appears on the screen. After the device shuts down, hold the wake button until the Apple logo appears.

Here we reach the end of our comprehensive guide on how to troubleshoot issues with Siri after upgrading to iOS 15. Most probably one of these tweaks will help you fix the issue. If not, you should factory reset your iPhone and start fresh. Have any other questions? Let us know in the comments.