How To Make Your Fortnite Tracker Private

What is Fortnite Tracker App?

In this app, you can keep track of your progress in Fortnite. The Fortnite Tracker is your best friend in Fortnite! With all the information you need about you and your teammates in the Battle Royale game modes all in one place, there is no better friend. 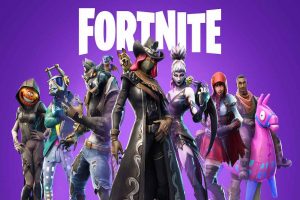 You can play it online with other people. It was made by Epic Games in July 2017, and it’s very popular. Game Modes: Save the World, Battle Royale, and Creative are some of the ways you can play. Fortnite Battle Royale is the free 100-player game mode that lets you play with other people for free. One big map, a battle bus, building skills, and destructible environments are all part of the game. The last person standing wins. With up to four people, you can fight off husks and defend mission objectives with fortifications and defenses in Save the World mode.

It’s possible to play Battle Royale and Creative on the Playstation 4, Xbox One, Apple iOS, Android, Nintendo Switch, and PC, too! If you want to play Save the World, you can only do so on PC and console.

Also Read: How To Install PUBG New State In Windows 11?

The genre of Battle Royale games

People who play video games in this genre get their name from the movie Battle Royale, which came out in 2000. When you play a battle royale game with other people online, survival game elements are mixed with exploration and scavenging features to make a game that is played until the very end.

A battle royale game has hundreds of players who each begin with very little equipment. They then have to kill all of their opponents as they try to stay in a smaller “safe zone.” There is a winner and a loser.

The stats from the Fortnite Tracker.

They are the best trackers for Fortnite. You can find them on Fortnitetracker.com, which has the fastest and most accurate trackers. It was made for players of all levels of Fortnite, so they can check all kinds of stats on this site that was made just for them. Users of Fortnitetracker.com can see important stats about found missions if they log in and use the most advanced and most recent tracking tools.

Generally, you’d have to keep track of and record a lot of things in this game, like how many opponents you killed with certain weapons, how many times you hit the ground in a certain place, and so on.

On your Fortnite profile, you can see how many games you’ve played, how many kills you’ve had, and how high you’ve ranked. Unfortunately, these are the only stats you’ll find.

A look at the game modes

In Solos, Duos, and Squads, it’s easy to see how well you did. Play games with other people so you can see how you compare to them.

History of the match

For example, you can join a match to see the stats of your team-mates in the current mode of play. It’s never been so easy to figure out how likely you are to win.

Make your Fortnite stats public so they can be seen on the Fortnite Tracker or hidden from our site and other sites.

It doesn’t matter whether you want to keep track of how well you’re doing over time, or if you just want to show off to your friends. You’ll need to be able to check your Fortnite stats.

Having a certain setting turned on will let us see your stats. How do you do that?

1# Open up your Fortnite settings in the game.

3# Go to “Gameplay Privacy” at the bottom of the page.

4#  To make your profile public, choose “Show on Career Leaderboard”.

5# Turn it off to make it private.

In Fortnite Tournament, it is not possible to keep your information from other people.

Then you’re ready to go. It’s time for some wins!

Troubleshooting with the Fortnite Tracker App

I can’t see the app’s overlay when I’m in the game.

There are a few methods to do this:

If You install the app while the game is still running. It’s possible that Fortnite has stopped working. Please close the game and start Overwolf again. Then start the game up again.

It’s important to make sure that Overwolf’s overlay settings for Fortnite are set to “Enabled” so that the overlay will work in the game,

There has been a new game patch, and the app doesn’t work for me because of it. Why?

Sometimes, when there is a new game patch, the Overwolf team needs to re-enable their API again, or the Epic API needs to be shut down for a while. When you open an app, you can see if the app is having problems, or if it’s all right.

We can’t figure out why Fortnite doesn’t have its own tracking data, even though we try very hard. Fortnite doesn’t listen to the pleas of millions of players for more stats in the game, even though it has been found that they are making their voices heard. Fortnite’s website doesn’t have this information. It doesn’t make sense why this is. You can keep track on your game stats and improve your performance by using 3rd party tracker sites that you can find on the internet.