Kinda bored with the Wordle game and its spinoffs? Try Eldrow and switch your roles.

If it was not for Wordle, no one would have known that a simple crossword puzzle can take the internet by storm. Josh Wardle, a software engineer, developed this straightforward word game to impress his partner who had an interest in the crossword games.

Despite having a humble start in November, Wordle soon rose to popularity in the new year and as a consequence, the game was purchased by New York Times. Besides, several software engineers across the globe developed and released their variant of the Wordle game flaunting a crazy twist.

While some of the Wordle spinoffs are better than the petite original game, several others can only be seen as an unsuccessful attempts in this regard. In the queue of the likable Wordle spinoffs, Eldrow is my favorite one. This would have got you wondering, What’s so special about Eldrow? While Wordle is based on the basic Wordle rules, it is fuelled by a crazy yet interesting twist. If you love to challenge people instead of solving them, we bet you’ll prefer Eldorw over Wordle. 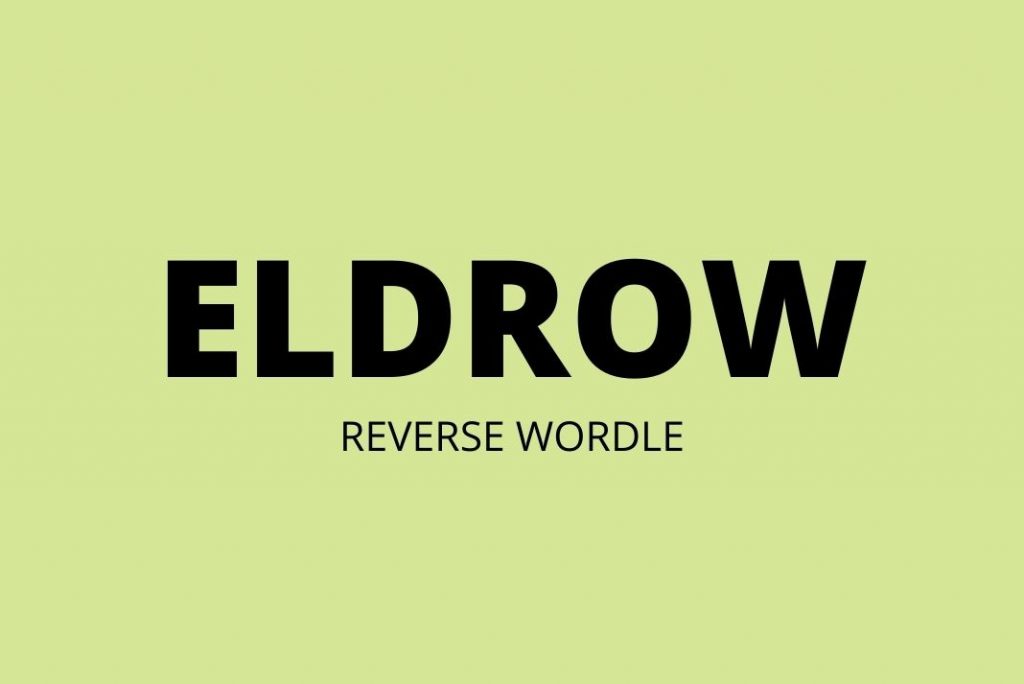 Also Read: All About Waffle Game: An Addictive Wordle Spinoff

A wordle spinoff that goes by the name Eldrow, was developed by Xuming “Simon” Zeng, who is a web frontend software engineer currently working for Meta. Eldora though based on Wordle is the complete opposite of the latter. In this spinoff, you need to pose a challenge to the person solving the Eldrow, who is the machine. You need to ensure that the word should be complicated enough so that the solver takes the largest number of turns to guess the word. Ultimately, your job is to search for the biggest row of the hard-mode guesses that can occur.

Remember- the more turns computer takes to complete the challenge, the better position you gain. 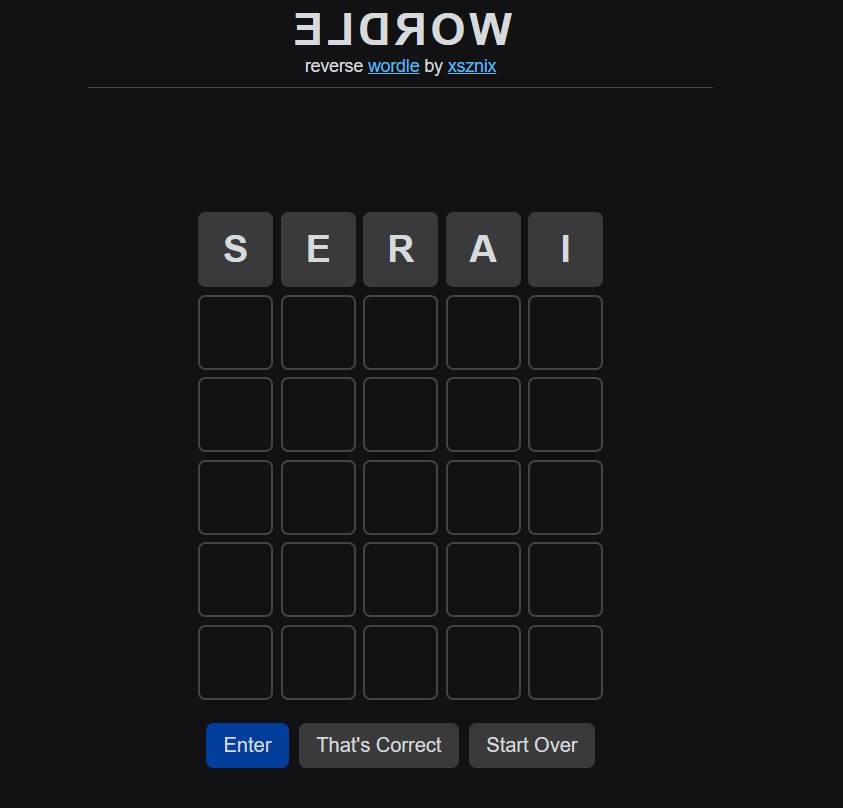 Also Read: What Is Absurdle: A tricky Wordle Clone

Following the paths of Wordle and its spinoffs, Eldorw refrained from making an entry on the Google Play Store and App Store. Instead, you will have to visit the official website when you intend to play Eldrow. The good news is that you can play the game on your smartphone or desktop from any web browser you like.

Just follow the link here and start playing the game.

Now that you are ready to try your hands on Eldorw, it would be nice to learn how to play the game.

First of all, you need to think of a five-letter word that you want the computer to guess for you. Let’s say I want the solver to guess ALARM.

When you’ll visit the website, the machine would have already made its first attempt.

Now, based on the correct letter placements in the correct word, assign a color code to the letter tiles. To assign the yellow color to the tile, tap it once. For green, you need to tap it twice. When you will tap it thrice, the background color will be removed.

After assigning the color code to the tiles, hit the Enter key. Now the computer will try its luck for the second time.

In the next guess, none of the letters are present in the secret word so, we are not assigning any color to it.

Finally, in the fourth turn, the computer has right-guessed the correct five-letter word it got as a challenge. It took four letters to make the correct guess. Pretty Smart!

Note: if the word you posed as a challenge and the one guessed by the solver is not the same, you can click on the ‘Not Your Word’ link to provide your word.

Eldrow offers three game modes that you can switch between while playing the guessing game. Here are they: 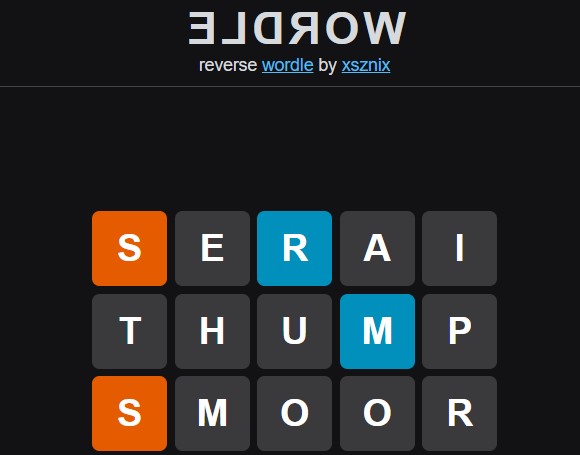 Easy Mode: This Easy Eldrow mode mimics the hard emulator mode of Wordle. The computer will only make the guesses by keeping the letter positions you’ve assigned previously.

Color Blind Mode: This mode is for people facing color-blindness issues. When the color-blond mode is enabled, the green color is replaced by orange, and yellow color tiles appear blue.

High-Contrast Mode: You can turn on the high-contrast mode to avoid straining your eyes while playing the game.

That’s all about Eldrow- an interesting reverse Wordle game. Eldrow lets you copy-paste the scores on the clipboard so that you can share them on your preferred social media platforms such as Twitter. Now go ahead and try playing Eldrow. If you need any help regarding the game, you can ask your questions in the comments below.