Has Someone Secretly Installed Monitoring App On Your Device? How To Know

Secretly installed monitoring apps are dangerous for your personal information. Like, If you’ve used Zoomed in the past four or more months, you’re probably accustomed to the pop-up box that asks for authorization before using the microphone or camera on your device. What other way to see or hear the person on the other end of the line?

But these permissions may also have a darker side: some apps don’t even bother to get your consent before turning your iPhone into a pocket spy with ready-to-use cameras and microphones.

For instance, more than 250 applications were listening for background audio using smartphone microphones in 2018, allowing the apps to learn what you watch or listen to deliver more specific advertisements. Additionally, the well-known myth is that smartphones actively listen in on us.

The good news is that you may take a few easy safeguards to protect your privacy at all times and fend off any spying programmes. The following suggestions can be finished in a matter of seconds.

It might surprise you that this personal security exercise takes a few minutes. For instance, a user discovered that 16 out of 52 potential apps had access when he looked up which ones on my Google Pixel 3a have the authorization to utilize the microphone.

While he wasn’t really startled by any of the apps that already had access—Android Auto, the built-in camera app, and Google Duo were among the offenders—some of the apps that he banned but could have granted permission to were concerning. For instance, why would he really want to cede those rights to the American Eagle or HelloFresh apps?

How would you even know if someone was watching your Android tablet or phone? Although it can be challenging, there are a few warning signs you can look for. Let’s explain a few of them.

Spyware persistently collects your data, laboriously uses up your resources, and operates in the background. This explains why devices frequently become sluggish while this stealthy software runs in the background. Be concerned if your phone’s performance suddenly and mysteriously begins to decline.

How can I detect if my Android phone is being spied on?

It’s typical to notice that a phone doesn’t last as long as it did when you first bought it. With time, batteries begin to degrade. Moreover, when your app library grows, you will likely exert greater effort on your gadgets. However, unexpected decreases in battery life are uncommon.

Software for tracking can consume a lot of resources. These operate your GPS and perform other tasks in the background, sometimes continuously. Unexpected power drains could be a sign that someone is following your phone or another internal issue could cause them with your phone. This way you can detect secretly installed monitoring app

3# How to determine which applications are draining your battery: 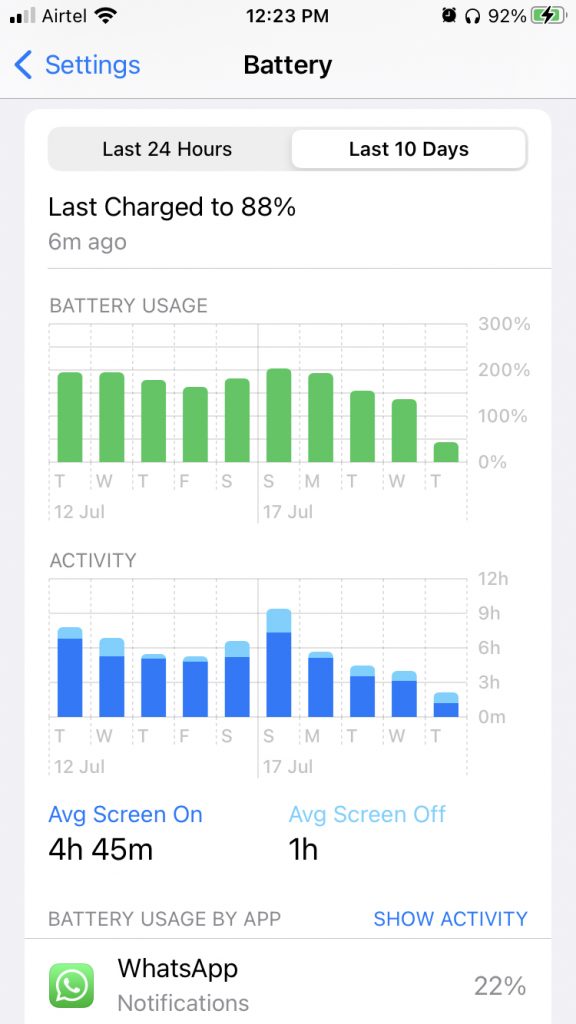 Look to see if any strange or unidentified apps are present. Do a Google search if you see something you don’t recognize to check whether it might be tracking or spying software.

A tracking programme will give constant updates to the attacker. This indicates that it will require data, frequently a lot of it. Have you noticed any odd data usage? This is probably taking place because of an attack.

This is terrible because users of unlimited bandwidth frequently experience data throttling after a certain amount of data usage. Additionally, the fact that you might still be on a limited data plan would make matters worse. This way you can detect secretly installed monitoring app

4# How to monitor data use: 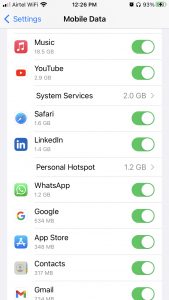 See which apps on the list are utilizing the internet more frequently. Search for any differences. For instance, it would be expected for YouTube to consume a lot of bandwidth, but a “Notes” app shouldn’t.

Is the heat on your phone a touch too much? This is typical when playing intense video games or while the phone is charging, but it shouldn’t take place when the phone is idle, in your pocket, or performing simple chores. Your phone may have been spied on if you see any strange temperatures on it.

Even though sometimes it may appear like it, we are not discussing paranormal activity. Occasionally, during calls, spied-on phones will emit odd noises. White noise, beeping, or simply echoing are examples of this. We all have poor reception occasionally, but it shouldn’t be the norm.

7# Switching on and off of the phone

Random reboots and shutdowns of your gadget are other common indications that it may have been compromised. Remember that certain buggy phones occasionally behave this way, so don’t get carried away with this one, but if you do, keep an eye out for further clues. This way you can detect secretly installed monitoring app

How to determine whether someone is snooping on your phone?

Do you occasionally receive odd SMS messages? Perhaps those that appear to code have many letters and digits. Possibly simply random chatter from unidentified numbers. They could be anything.

Attackers frequently use these to communicate with devices and issue commands. For instance, if an attacker needs to know where you are, he can send you a message using a predetermined code to ask for it. This way you can detect secretly installed monitoring app 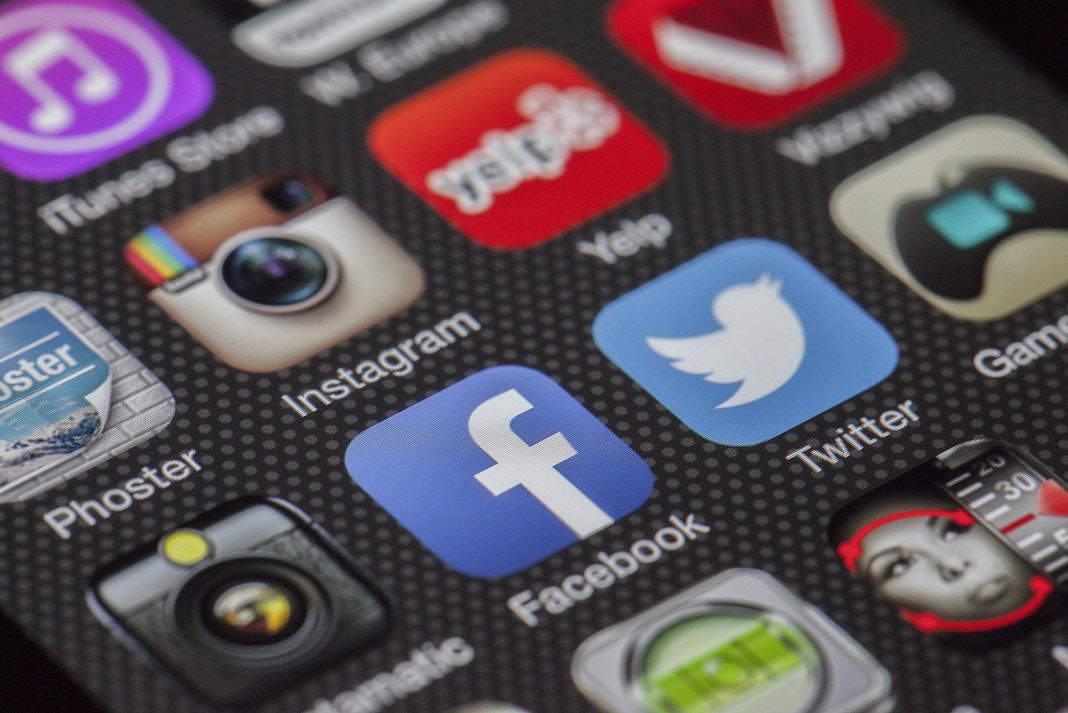 Have any odd apps recently appeared seemingly out of nowhere? These could be brought on by malware or spyware, both of which frequently download and install programmes on your smartphone without your knowledge or consent.

10# Is your phone acting inappropriately?

It’s common for notification lights, sounds, and screens to activate, but having these things occur erratically is unacceptable. You should be worried if your phone displays activity while not using it. If your phone vibrates or your screen lights up when no notification is visible, this could be a clue that someone is watching you.

How do I combat monitoring and spying apps?

OK. What should you do now that your phone may have spyware installed?

Apps & Notifications > Settings Click Advanced > Permission Manager at the bottom of the page. Choose the options you want to check—call logs, camera permissions, microphone permissions, etc. Toggle the permission to Allow or Deny by clicking any apps once you’re in a category. 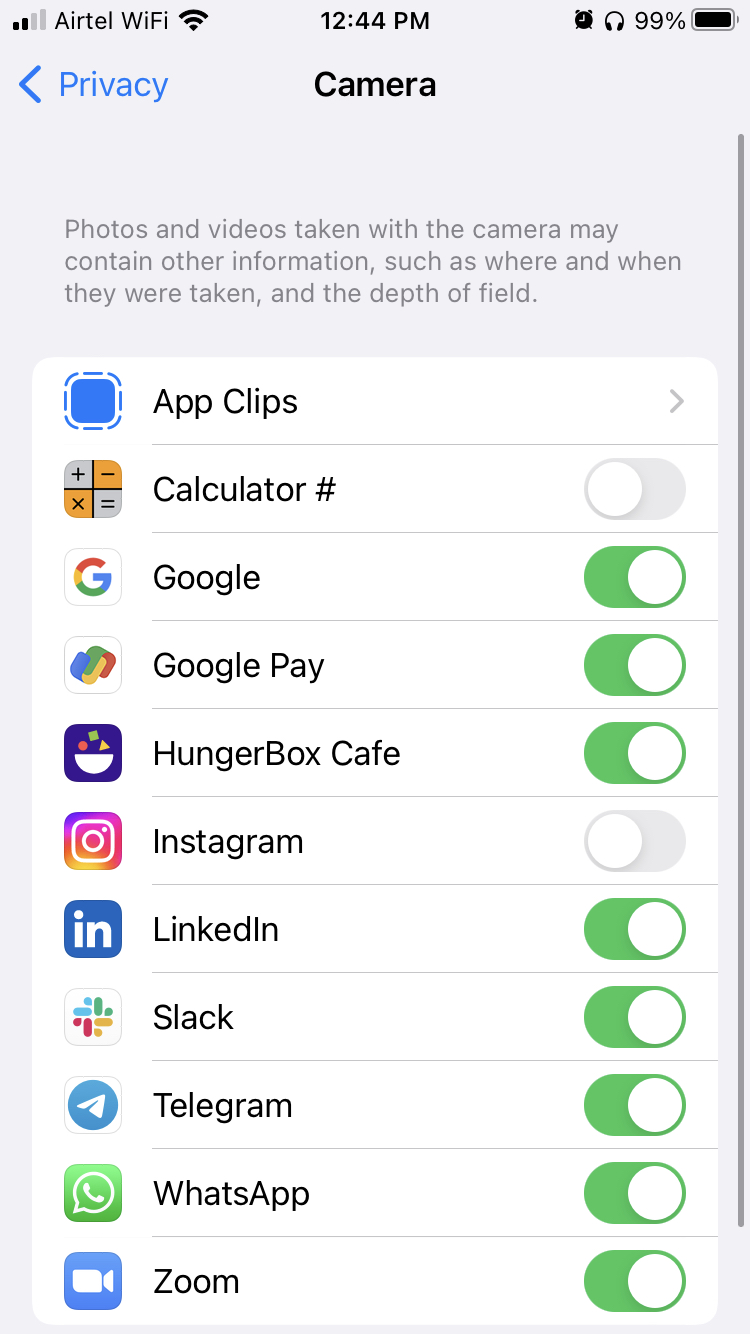 Toggle permission on/off for specific apps in Settings > Privacy by selecting the microphone or camera, depending on which you want to monitor.

Although the Google Play Store makes every effort to keep you safe, keep in mind that we utilize Android devices. Installing third-party programmes is simple, putting us in danger of invasion. Installing apps from sources other than the Google Play Store is not something we would suggest. Manually installing apps has its advantages, but it’s also a preferred technique used by spies and hackers to gain access to your smartphone.

Let’s now talk about rooted mobile devices. For some of us, having a rooted phone is undoubtedly advantageous, but severe hazards are involved. Root users have access to the system and can change the code. This might make fighting spyware very difficult. Do you still use Avast! Mobile Security? They could directly install their phone tracking software into the system files, making their approach resistant to factory data resets. They did it for your security, but who is to say that hackers won’t use it against you in the future?

If you don’t feel very secure about what you’re doing, we advise against rooting your phone. If your phone is already rooted, you ought to think about unrooting it.

3. Try manually searching for the app.

Do you think someone is eavesdropping on your phone? The first step is to look manually for any suspicious files or programmes. To do this, you can use any file manager. Simply looking through your app drawer is another choice.

Oh, and keep in mind that these guys are attempting to keep things under wraps, so it’s unlikely that the app will display its true name and logo. It might pass for something else, like a notepad app. Look around to see if there’s anything odd, and if you don’t recall installing it (and it wasn’t a pre-bundled app), you would be wise to uninstall it.

4. Use a virus scanner application.

Antivirus software is frequently thought to be fake. However, this isn’t always the case. If you stay behind Google’s protective walls, it is extremely unlikely that you will ever acquire any harmful software on your phone, but the truth is that these apps may be able to assist in the fight against tracking and spying.

Your phone is a highly personal item. Don’t allow just anyone to wander through like it’s an open house. Keep your phone nearby and shield it well from prying eyes. The lock screen can be shielded (password, pin, fingerprint, etc.).

Your phone can be used to spy on you by scammers, law enforcement, government agencies, and stalkers alike. We carry our smartphones everywhere, making them attractive targets because they contain a lot of private data. In these ways, you can detect secretly installed monitoring app

However, if you use excellent security procedures, there is very little possibility that you will become a target of an espionage operation. You shouldn’t make it simple for someone to spy on you if they do so.