Hawkdive.com
Home PC Mac How to Print Screen on Mac

What is Print Screen on Mac?

Print Screen is a Windows keyboard key dedicated to capture the whole screen upon pressed. If you look at the upper right side of a windows keyboard you will find this key labelled as “Print Screen” or “Prt SC”. As the name suggests, it captures the entire desktop screen and prints it into the clipboard which you can paste anywhere into an application or a file on Windows. Surprisingly, there is no “Print Screen” button on your Mac keyboard but that does not mean that you can not Print screen on Mac. In fact, Mac has more advance and smarter way to do this and gives you more control over the ways screenshot is taken or the location where it has to be saved and whether to print the whole screen or selection of the screen.
You may also like : How to record Mac Screen? – 8 Best Screen recorder for Mac
Print Screen on Mac is normally known as Screenshot, Screen Captures or Screen Grab and in order to Print Screen on Mac you’ll need to hit a set of keys to capture the screen in various ways. This is both smarter and much more powerful in Mac as it gives you 8 different ways to take screenshot. You can choose from capturing the entire Mac display, selection of the screen or just an active window or you can even set a timer for Print screen and it automatically captures the screen after the timer expires. This post is typically aimed at new Mac users who have recently switched over from Windows and wondering where is the print screen on Mac. Here I will explain to you the procedure to take screenshot or print screen on Mac in details.

How to Print Screen on Mac?

Take the Print Screen (Screenshot) of your entire Mac screen

This method will capture the whole screen and all open windows and running apps and save it into .PNG image file extension on your desktop . You can generally use this to capture video frames, Online payment receipt, game scores or an error message. Here are the steps to do this:

How to Print Screen (Screenshot) selection of your Mac screen

In case you just want to Print Screen a part of your Mac screen, you should follow this step. You can use it for capturing a pop up message, App Menus, an specific app Window in Mac, an image on the web, or a part of your chat.

Print Screen a specific window on your Mac screen

Printing screen with timer can’t be done using keyboard shortcuts rather you need to use an inbuilt utility called “Grab” located in /Application/Utilities/ folder on your Mac. This approach will run a timer on the screen allowing you some time to arrange any app window, menus and other tools exactly the way you want to see them in Screenshot. This will automatically print the whole screen after the timer expires. You can also take the screenshots from selection of the screen or an active window using Grab utility.
Open Grab utilities from Applications > Utilities folder. It opens with no specific window but a number of menu options on top.Click on Capture menu from top and select Timed Screen.
A small window will pop up saying “Grab will capture the screenshot ten seconds after you start the timer”. Once you’re ready, press Start Timer and prepare for Timed Screen Grab to capture the whole screen.
After ten seconds, it will print the screen, and show you the image which you can save at your desired location.

How about taking the screenshot of an entire webpage

Obviously, you will not be able to Print Screen the full web page using Grab or Keyboard shortcuts as mentioned above because they will only capture or print things that you see on the screen at a time. And a long web page can’t fit to the screen and you will need to scroll it. But don’t worry taking screenshot of long web page is also possible with the help of third party tool.There are various paid and free tool. Snagit is one of the famous paid software compatible for both Mac and windows which can take the screenshots of a long web page. There is also a free browser extension for chrome called Full Page Screen Capture which can capture the screenshot of the full long web page. If you don’t want to use Chrome then simply use Free Online Web Capture tool, where you just need to enter the URL of the web page you want to take the screenshot of and click Capture Web Page, it will take the Screenshot of the whole webpage into the format you select which can later be downloaded.The best thing about this free online screenshot capture tool is that, it free and can be used anywhere.
Look at the screenshot of Web-Capture.net that I took using the same online tool.
I am sure you have enjoyed the above Print Screen method on Mac and now finally the real meaning of Print Screen on Mac can be accomplished by printing the real screenshot image using a physical printer. So simply double clicking on the screenshot image to open it with preview and hit Command+P to send it to your printer.
So that was all about printing Mac screen or a section of the screen on Mac. If you have any other simple method to take screenshot or Print Screen on Mac or the one I have missed, do let me know in the comment section below.

What is Stacks in macOS Mojave and how to enable it?

How to Enable Favicons or Website icons in Tab of Safari in macOS Mojave? 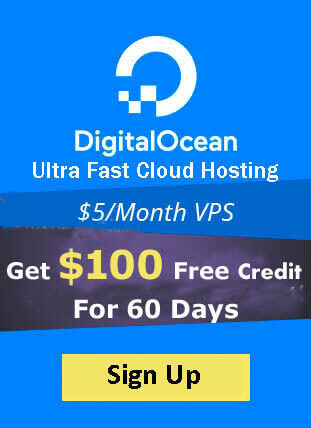 
Disclaimer: All trademarks and copyrights on this blog are property of their respective owners.

ABOUT US
Hawkdive.com provides useful tips, tricks, reviews, troubleshooting and how to articles for Mac, Windows, WordPress, Android and iOS users.
Contact us: support@hawkdive.com
FOLLOW US
© Copyright 2018 - Hawkdive- All Rights Reserved | Designed by Hawkdive Media
This website uses cookies to improve your experience. We'll assume you're ok with this, but you can opt-out if you wish. Accept Reject Read More
Cookies Policy

This website uses cookies to improve your experience while you navigate through the website. Out of these, the cookies that are categorized as necessary are stored on your browser as they are essential for the working of basic functionalities of the website. We also use third-party cookies that help us analyze and understand how you use this website. These cookies will be stored in your browser only with your consent. You also have the option to opt-out of these cookies. But opting out of some of these cookies may affect your browsing experience.
Necessary Always Enabled

Any cookies that may not be particularly necessary for the website to function and is used specifically to collect user personal data via analytics, ads, other embedded contents are termed as non-necessary cookies. It is mandatory to procure user consent prior to running these cookies on your website.