How To Block Apps From Tracking On iphone

The moment of spiritual awakening about digital privacy has finally come. People are becoming more and more aware of how many companies and apps don’t treat their data very well.

Apple users, on the other hand, now have some ways to protect themselves from this kind of abuse. Starting with iOS 14.5, Apple added ways to stop tracking across apps on your iPhone. iOS 15 adds even more privacy features, like stricter and more clear privacy policies that App Store apps must follow.

It used to be that you had to search a long time to find a way to stop apps from tracking you. Now, it’s just the way things are. Apps must ask for your permission before they can track you across other apps and websites.

What Does Tracking Mean?

If you want to move on, you need to answer the most obvious question first. When you track something, what does it mean? The privacy feature doesn’t stop anyone from doing what? It stops apps from seeing what you do outside of the app.

If you’re looking for something on Amazon, you might see ads for the same thing on Instagram or Facebook. Yeah, that’s right. It’s because the app is watching what you do on other apps and websites you’re using at the same time. In the end, they either use the data for targeted advertising or share it with data brokers. Because it’s bad.

Most apps have a lot of information about you, like your user or device ID, the current Advertising Identifier for your device, the name and email address of the person you are, and so on. When you allow an app to track you, the app can combine this information with information from other apps, services, and websites that have been tracked by other apps. Ads that you see will be based on this.

You or your device could even be linked with information about you that is already public. If the app developer gives the data to data brokers, this could happen. When you block an app from tracking you, it can’t get your Advertising Identifier. To make sure that they don’t track you, it’s up to the person who made the app.

Also read:How To Use AirDrop On iPhone, iPad, iPod Touch?

Some Exceptions to Tracking

It is necessary to note that not all data collection is tracked. If, for example, the app developer combines and uses your information to show you ads that are more likely to be relevant to you. You don’t have to worry about your device being tracked if the information that identifies you never leaves your phone or tablet.

In addition, if the app developer is giving your information to a data broker to help them find and stop fraud, it’s not tracking. In addition, if the data broker with whom the developer is sharing information is a consumer reporting agency, and the goal is to report on your credit activity to determine your credit score or eligibility for credit, it doesn’t fall under tracking.

How do you stop people from being tracked?

It’s been made even easier to block tracking in iOS 15. Before you decide whether or not to let an app track you, you can even see the data they use to track you. Apps that track you can show you what information they use on the App Store listing page. This is part of Apple’s plan to be more open. 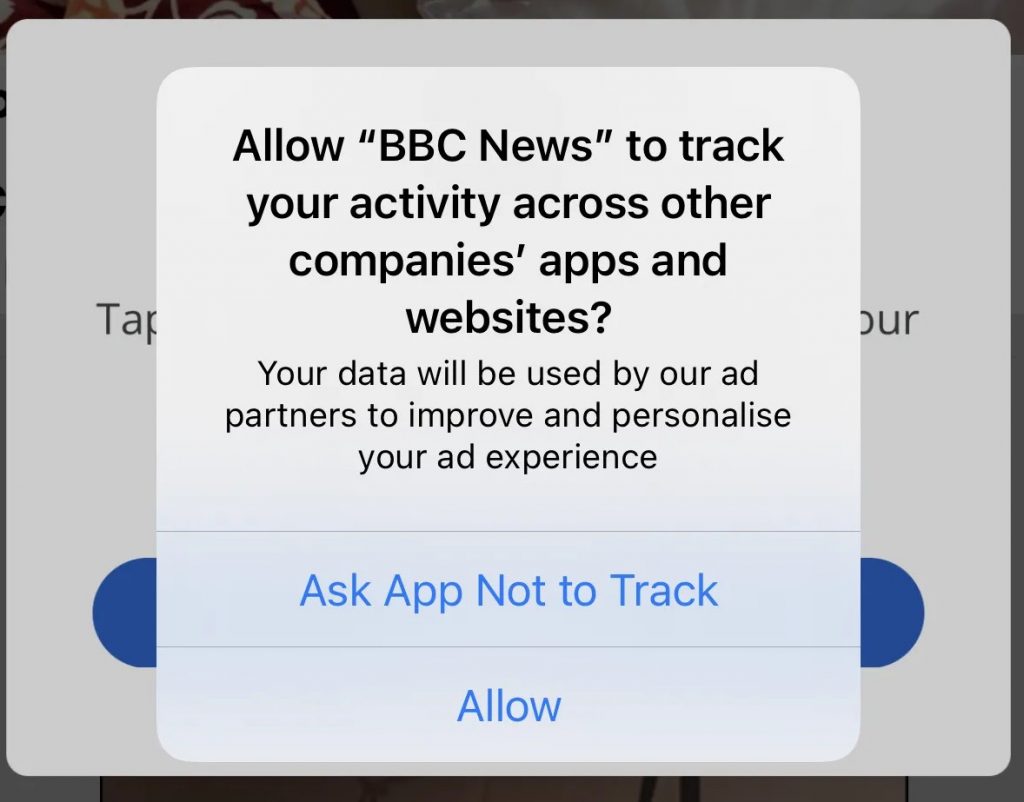 When you install a new app on iOS 15, you don’t have to do a lot to stop it from tracking you, like you used to. The app will have to ask for your permission to be able to keep track of you. Ask the application not to track you and click “Allow.” A permission prompt will appear on your screen. When you do this, the former won’t be able to track you there and then.

But even if you’ve already let an app track your activity, you can change your mind at any time. As soon as possible, it’s still easy to block them from coming. It’s time to go to the Settings app on your iPhone, so do that now. Then, scroll down and click the “Privacy” button. 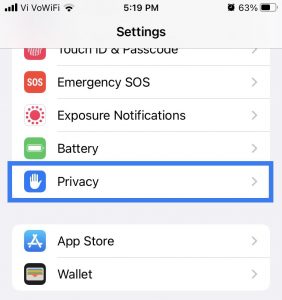 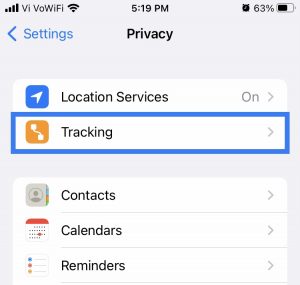 Apps that ask for permission to use an identifier to track your activity will show up. A green toggle next to the names of people who have the right to do this will show them. 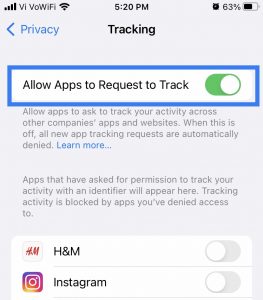 Turn the toggle on the app that you don’t want it to be able to do something you don’t want. This lets you set your preferences for each app individually.

Also read:iOS 15.4: How To Unlock Your iPhone Using Face ID With A Mask

You can also stop all apps from even asking for your permission to track you. You can choose to let apps ask to be tracked at the very top of the screen for Tracking. When you turn off the toggle, all tracking requests from apps are automatically turned down. In this case, you don’t even have to deal with the permissions screen at all.

iOS tells any new app that you don’t want them to track you. For the apps that already had permission to track you, you’ll get a message asking if you want to allow them or block them as well.

Keeping track of what apps you used was one of the most important privacy features in iOS 15. Apple has always tried to protect the privacy of its users. Also, iOS 15 has a lot of other things, like app privacy reports in Safari, iCloud+, and Hide My Email, among many other things.

If so, is ad tracking useful to you?

‘Privacy’ should be an important right. Companies used to be able to do what they wanted. Now, they have to be more careful. iPhone users who want to see ads on their phones can now ask for the user’s permission. This means that if they want to see your device ID and email address for ads, iOS 15 tells them, “Hey, get the user’s permission and then you can get this private information.” You can find out more about this in great detail on Apple’s developer site!

The ad that was targeted is not a crime. Sometimes, I see Instagram ads for great restaurants, only to find that the restaurant is in a different city than where I live. This ad isn’t very useful to me. I’ll not click on it. But, when I see ads for restaurants in my city, I often click to find out more about them.

How does blocking ad tracking make it hard for ad companies?

It is clear from the text above that ads work best when they are relevant to the person who sees them It also needs to have a lot of data and build a picture of you so that only relevant ads are shown to you.

This could include your gender, age, device, location, preferences, spending habits, and a lot of other things as well. if you tell apps not to track you, they can’t get these important pieces of information and can’t show you the ads you might be interested in. This means less money for the ad networks, less relevant ads, and fewer clicks.

Apple thinks that privacy features like these are what make its products unique. Cook says that because the company doesn’t sell ads, it can focus on privacy.

Still, it’s important to keep in mind that when you ask apps not to track you, all that means is that you don’t want the IDFA (identifier for advertisers) on your iPhone to be used by app developers. Developers use your device’s IDFA to track you and show you ads that are more relevant to you. The IDFA on your iPhone doesn’t mean that app developers won’t be able to track you through other ways. It’s important to be aware of the apps you use and how you interact with them.

macOS Ventura- Exchange Calendar Does Not Synchronize On Mac After Upgrading

Harshaurya Kaur - November 26, 2022 2:1 pm 0
iOS from Apple includes several new accessibility features, such as a magnifier for the iPhone, the...

Harshaurya Kaur - November 7, 2022 9:1 pm 0
Apple may have halted its contentious attempt to scan customers' iPhones for photographs of child...