Now that it’s been just under a year since the end of Season 4 on Yellowstone, viewers are becoming restless to find out what happens next. The series led by Kevin Costner is set to start on November 13 with 14 episodes. In this season’s finale, which was watched by an amazing 15 million people, John, Beth, Rip, Jamie, and Kayce will go through a heated race for governor, a growing threat from the outside, and a huge blackmail case between two Dutton brothers. 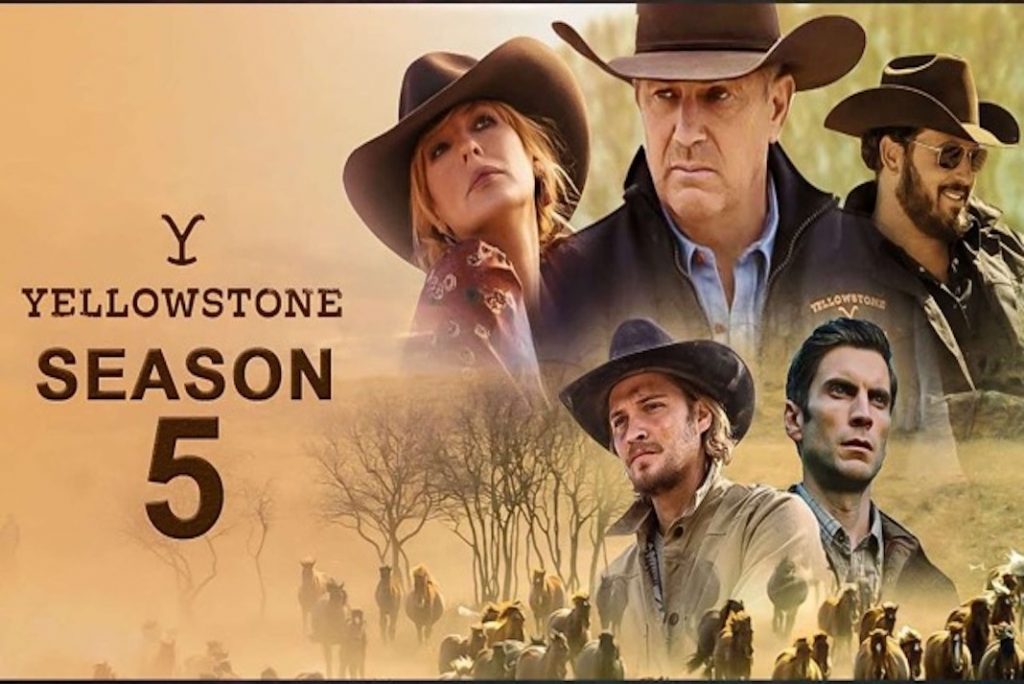 In what month will Season 5 of “Yellowstone” premiere?

A launch date of November 13 at 8 p.m. ET for the first half of Yellowstone Season 5 was confirmed in May 2022.

Having established that Beth (Kelly Reilly) is the true brains behind everything at the Yellowstone-Dutton Ranch, Season 5 of Yellowstone will pick up after the violent events of the Season 4 finale, in which she manipulated her adopted brother Jamie (Wes Bentley) into killing his biological father, Garrett (Matt Dillon) (Will Patton). Beth felt bad for Garrett after finding out in Season 3 that he had ordered the attempted attacks on John, Beth, and Kayce (Luke Grimes). She kept the proof to herself, and now Jamie is completely under her control and out of the governor’s campaign. This leaves the door open for their father to run unopposed. Furthermore, Beth recently tied the knot with Rip Wheeler (Cole Hauser) and saw the departure of her father’s new, perplexing vegan special friend (Piper Perabo) to prison, making it clear that Beth rules the world and everyone else merely inhabits it.

The first two episodes of Yellowstone Season 5 will air on Paramount Network on Sunday, November 13 at 9 p.m. and 10 p.m., respectively. The following episodes will premiere every Monday. Season 5 will have 14 episodes total, split into two parts of seven episodes each. It’s the largest season thus far. But how long the break in the middle of the season will last remains a mystery.

Showrunner David C. Glasser has recently dropped hints about the forthcoming season in interviews. Glasser told TV Insider, “Where our tale starts and what has transpired will immediately startle everybody” in Episode 1.

Fans were able to view the Season 5 debut of Yellowstone in select AMC cinemas over two weeks before the launch date, along with the series premiere of Taylor Sheridan’s new series Tulsa King, last month.

Also Read: All About Yellowstone Season 5

What to expect from the fifth season?

As Hauser put it, “he slow burns this year with me and Beth,” which is something he appreciates about Taylor Sheridan’s writing. In the beginning, we share some beautiful moments as I try to support her through some difficult experiences from her past that she is only now facing head-on.

Reilly elaborated, “The conflict seems internal this year for her. [She’s] tormented by the past, scared of the future, and battling with all she has for the present.”

In any case, it doesn’t appear like the pair is on the verge of splitting up. Reilly says, “Beth’s undying love for Rip is beyond question. She remains unaltered by marriage. One of the only things (besides his love) that keeps her demons at bay is the love he has for her and the love she has for him.”

Despite Kayce’s stunning epiphany at the end of Season 4, he still seems to be having a hard time. In typical Kayce manner, “he’s stuck between a rock and a hard place,” as Grimes put it.

In August, Kevin Costner discussed the show’s current and future direction with Extra. As he said, John’s struggle to keep his farm intact takes center stage in the fifth season. Many agree that “one guy has too much,” but who also has concrete plans for the property?

The fifth season of Yellowstone will include 14 episodes.

In the first four seasons of Yellowstone, drama and action happened throughout 10 episodes each. However, Taylor Sheridan’s neo-western series will get bigger for the next episodes. The Wall Street Journal (via TheWrap) reported back in February that Yellowstone Season 5 will consist of 14 episodes. Enabling Sheridan and crew four more hours to chronicle the next chapter in the epic narrative of the Dutton family. It will also allow viewers four more Sundays to enjoy the show’s impressive cast of people, intriguing plots, and eye-popping settings.

Watch the first four seasons of Yellowstone before the fifth season premieres on Paramount Network on November 13 at 8/7c, and check out our 2022 autumn TV launch calendar to see what other new and returning programs are premiering in the last weeks of the year.