Take a look at what’s coming to Netflix October2022. This is a sneak peek at all the new Netflix Originals and licenced programmes that will be available to stream throughout the month of October on Netflix (particularly in the US).

Netflix has many potential show ideas in the works. The streaming juggernaut has become one of the most popular ways for audiences to enjoy the newest shows. Netflix maintains a steady stream of new movies every month due to the wide variety of its subscribers.

Be on the lookout for all of these new releases this month, from pilots to season orders. In October, expect a wide variety of releases, from drama and suspense to drama and animation. There is a tonne of great new content coming to Netflix this fall. It all starts in October with a bunch of high-quality shows.

Before getting into what’s new this month, it’s always a good idea to see what’s been taken down. Here you can see the list of nearly one hundred titles, including Schitt’s Creek and dozens of popular movies, that will be leaving Netflix in October 2022.

Let’s get right into next month’s schedule:

Luckiest Girl Alive, starring Mila Kunis as Ani FaNelli, is based on the novel of the same name by Jessica Knoll. A crime documentary reopens unexplained old wounds for Ani, forcing her to face the harsh facts from her past despite how successful she appears on the outside. The new twisting movie is set to launch on October 7 and is expected to be one of the greatest of the month.

2. “The Midnight Club” will hit shelves on October 7th.

On October 7, Netflix will debut Mike Flanagan’s The Midnight Club, a horror mystery series that has been much anticipated. Based on the same-name novel, a group of eight terminally ill people get together at midnight to share their experiences and make a pact to send each other signs after they die. I mean, talk about the ultimate in relaxation!

Produced by Netflix and starring Zoe Saldaa, From Scratch is an original limited series based on Tembi Locke’s memoir From Scratch: A Memoir of Love, Sicily, and Finding Home. The eight-part series follows Amy (Salndaa) as she visits Italy, meets her dream guy in a chef, and navigates the difficulties of their fast-paced romance. When it launches on Oct. 21, the romantic drama will make you feel all the feels.

In Bling Empire, we follow a very wealthy group of Asian and Asian-American friends (and foes) living in the L.A. Don’t be fooled by all the flash and glamour; their days and evenings are spent with glamorous parties and lavish shopping trips. These close friends, who collectively manage multibillion-dollar firms and jet over the world, are just as capable of hiding secrets as they are of revealing them. Also, there is no dearth of hidden information.

5. The first season of the Netflix show “Oddballs”.

In Oddballs, we follow James, a bubble-shaped youngster whose keen observations provide the fodder for his hilarious rants about mundane annoyances that he then takes to ridiculous extremes. James’s best friends are a talking crocodile named Max and a girl named Echo who claims to be from the future. Together they get into all sorts of crazy trouble when they try to question the status quo.

Erin Quinn, a teenager, lives with her strict mother, her patient father, and her terrifying “Granda Joe,” a man whose love for his daughters and granddaughters is equaled only by his hatred of his son-in-law. Erin grew up in the early 1990s, so she is accustomed to hearing her country discussed on the evening news and using abbreviations (The IRA, The UDA, The RUC). Nowadays, the British Army sets up checkpoints and the police drive armoured Land Rovers. 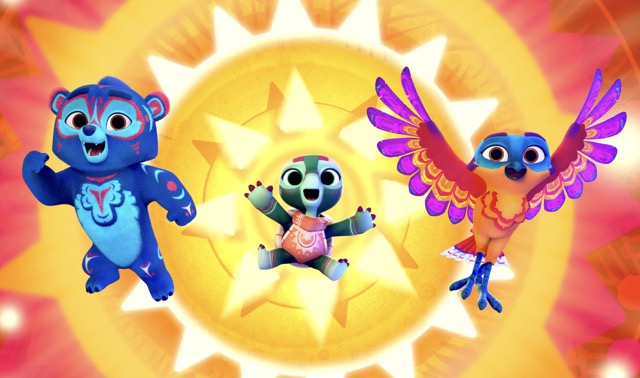 Through the eyes of Kodi, Summer, and Eddy Skycedar, three Chumash/Cowlitz siblings who share a secret. Spirit Rangers explores the adventure and beauty of nature inspired by legends from Native American tribes and the magnificent landscapes of America’s national parks. These three young people are “Spirit Rangers,” and they are responsible for safeguarding the soil and the spirits of their Californian national park. The Skycedar children show bravery and kindness in the face of adversity by assuming the identities of a grizzly bear cub. A red-tailed hawk, and a feisty turtle. Karissa Valencia, a descendant of the Santa Ynez Chumash tribe and the state of California’s first Native American showrunner. Created the fantasy-adventure preschool series, which honours Native American culture, the environment, and the traditions of Native American storytelling.

Sometime in the distant future, humanity has wipe off on Earth and is now scatter around the galaxy. In order to find a planet that can be terraform, a scouting team must first locate potential targets. The crew is manufactures using a biological 3D printer, but a glitch results in Lewis’s malformed appearance. A terrifying countdown to the completion of the mission begins as Lewis turns against his fellow crew members. Nina, Mack, Patty, and Oscar. 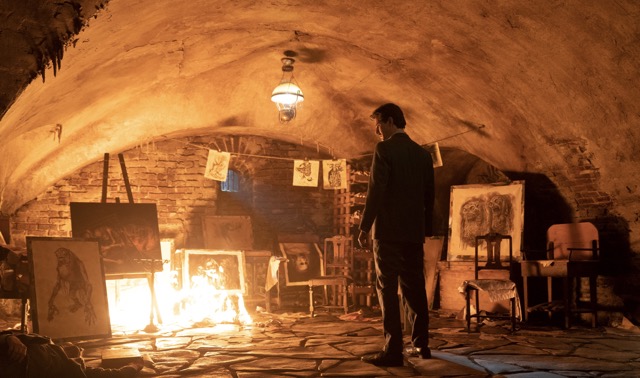 Guillermo del Toro, winner of an Academy Award for best director. Also serves as the show’s creator, executive producer, and co-showrunner in CABINET OF CURIOSITIES. A collection of horror tales that aims to subvert viewers’ expectations of the genre. These eight dark stories (including two original works by del Toro) will be brought to life by a team of writers and directors handpick by del Toro and spanning genres from the macabre to the magical to the grotesque to the traditionally spooky.

Although life can be difficult, preparing a delicious meal need not be. Here at Easy-Bake Battle, a new cooking competition series based on the classic Hasbro Easy-Bake Oven pits two teams of incredibly talented and resourceful home cooks against one another in an effort to determine once and for all who can whip up the simplest, quickest, and tastiest meals with the least amount of effort.

These are some of the most talk-about shows schedule to premiere on Netflix in October 2022. Don’t miss out on seeing these films by not putting them in your calendars. The fall evenings will be much more exciting because of them. In October, more new episodes of TV shows and films will air. Making it a wonderful time to catch up on your watching.