iOS 16 has a lot of cool features that iPhone users have been asking for for a long time. It was announced at WWDC 2022. The new version of iOS has something for everyone, whether it’s the fully customizable lock screen, the built-in Apple Fitness app, or the haptic feedback on the keyboard. You probably put the iOS 16 developer beta on your iPhone so you could try out the new features. But bugs and crashes in the beta software are making it hard for you to use, so you are looking for a way to switch your iPhone from iOS 16 beta to iOS 15. We made this guide to help you Downgrade from iOS 16 to iOS 15 without losing any data.

Things To Keep In Mind Before Beginning

Before you start the process to install iOS 15 and get rid of the iOS 16 beta on a supported iPhone model, make sure these things are in order:

Backing Up Your Data

Here are the easy steps to use iCloud to back up your iPhone. 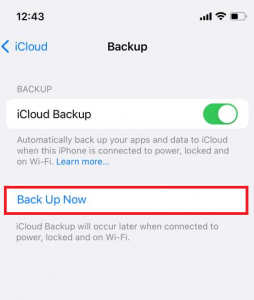 Use iTunes to back up your iPhone. 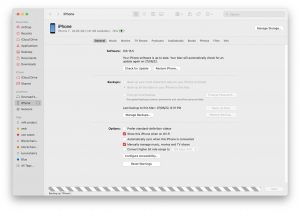 It’s a good idea to back up your iPhone to your computer or iCloud because it’s quick and easy to go back to the old iOS version.

Also Read: How To Use Tags In Reminders On iOS 15

Recovery Mode has been a reliable way to figure out what’s wrong with your iPhone and fix it for a long time. It also lets you delete a beta software profile and move from a beta version of iOS to the latest stable version. So, let’s see how it works:

4. After doing that, a message will pop up on your computer screen saying, “There is a problem with the iPhone that needs it to be updated or restored.” Click “Restore” on the pop-up to erase your iPhone and install iOS 15.5, the latest public version of iOS 15.

5. Then, another pop-up will appear on the screen asking you to confirm the action. To move forward, click “Restore and Update.”

6. Lastly, agree to Apple’s terms and conditions, and the Finder will start downloading the latest iOS 15.5 update files.

7. That’s just about it! Now you have to be patient and wait for the process to finish. Once you have successfully restored your device, restore the last iOS 15 back-ups you made before installing the iOS 16 beta.

Also Read: How To Enable And Use Quick Note On iPhone In iOS 16

Use iTunes to get rid of iOS 16 Beta

The first way to go back to an older version of iOS is to use iTunes. So, let’s assume you’ve already used it to back up your files.

After you downgrade, you’ll have to set up your device as if it were brand new. At this point in the setup process, choose “Don’t transfer apps and data.” Use the Settings app to confirm that you want to downgrade.

Even though this guide is about going back to iOS 15 from iOS 16, the same steps can be used to go from iPadOS 16 to iPadOS 15. Here’s what happens:

Also Read: Hands-On: Everything About CarPlay In iOS 16

Now that you’ve read this article, you know how to go back to an earlier version of iOS. You can get back to iOS 15.5 with iTunes or by using recovery mode, which is both good tools. But don’t forget to back up your iPhone’s data before going back from iOS 16 to the version before that.