In this article, we will explain how to set up and use the universal control feature on Mac and iPad

Apple is known to bring exciting new features in its devices that always leave its users wonderstruck. While the features of iOS 15 and iPadOS 15 are already doing rounds on the internet, the advanced features of macOS Monterey are underrated.

macOS Monterey has brought a unique ability in the Apple Ecosystem that lets you use multiple Apple devices simultaneously. While this may seem like the regular multitasking ability, it is far beyond that. Let’s find out more about the incredible universal control feature.

Also Read: iOS 15: How To Copy Paste Across Multiple Apple Devices Without AirDrop

What is Universal Control?

The Universal Control feature lets you use your Mac’s cursor and keyboard to control and use other Apple devices such as an iPad. This simply means that if you own two Apple devices, you can use one device’s hardware components to control both of the devices flawlessly.

While this feature may look fascinating, there is more to it. Apart from just controlling the curser, it is also possible to drag and drop files and folders from one device to another using the universal Control feature.

You need to fulfill the following requirements before using the universal control feature on your Mac and iPad.

As of now, the Universal Control feature is only a part of the public beta builds. So, you need to use this feature, you will have to upgrade to the macOS 12.3 Monterey public beta.

Upgrading your Mac isn’t enough. You also need to upgrade your iPad to iPadOS 15.4’s public beta to try out this feature.

Also Read: How To Fix Loud Fan Noise After Upgrading To macOS Monterey

With that being said, let’s see how can you set up the Universal Control feature on your Mac and iPad.

Also Read: How To Downgrade From macOS Monterey To Big Sur?

How to Set up Universal Control on Mac

Here are the steps to set up universal control feature on your Mac:

How to Set up Universal Control on iPad

Follow the steps given below to set up the universal control feature on your iPad: 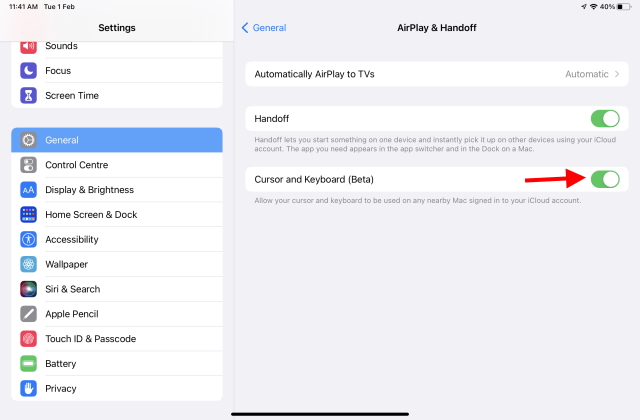 In case you want to modify the alignment and arrangement on both the devices or you want to turn off the feature altogether, here is what you need to do.

In this window, it is possible to arrange the displays as per your preference. You can drag and drop them to change the arrangement. 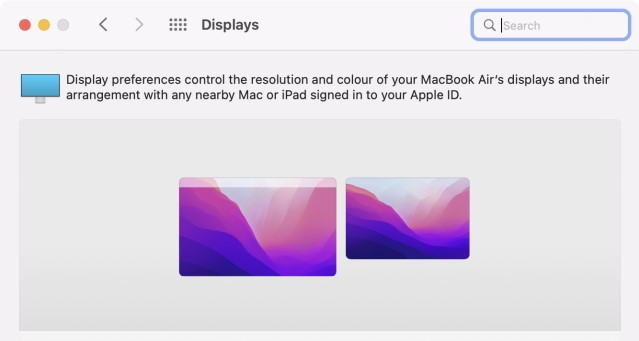 That’s it, the Universal Control option is disabled now.

Also Read: How To Use Tab Groups In Safari On iPhone, iPad, And Mac

That’s all you need to know about the Universal Control feature which is part of macOS Monterey 12.3 and iPadOS 15.4. This feature will surely revolutionize the technology and improve workflow as it becomes incredibly easy to drag and drop files. Kudos to Apple!