Apple-made speakers are not required for AirPlay, however, they are preferred. AirPlay is a great method to handle multi-room without becoming trapped into a single audio brand. Still, there are many alternative five-star options to broadcast wireless music from an iPhone, iPad, or Mac. Though Bluetooth is common, there are certain benefits to using one of the finest AirPlay speakers instead.
For example, Apple’s streaming technology can reach greater distances. Furthermore, unlike Bluetooth, AirPlay employs lossless compression. Thanks to the iOS device’s direct connection with the AirPlay speaker. You can adjust the volume on both the speaker and the iOS smartphone. 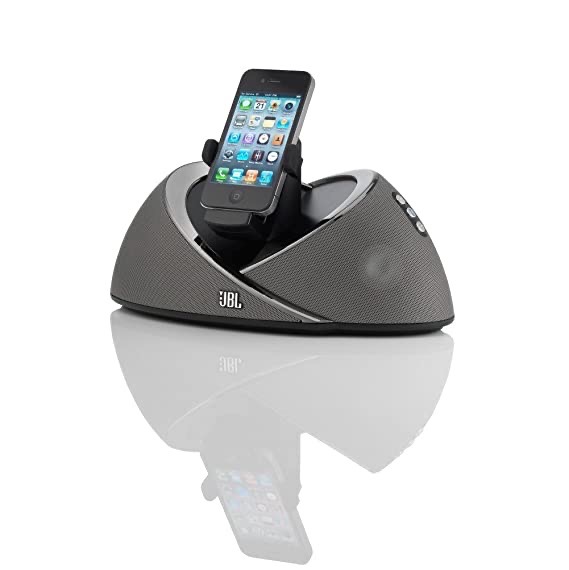 The OnBeat Air combines a dock with an AirPlay speaker. iPads, iPod touches, and iPhones can all fit into the device’s swiveling dock, and the iPhone can be secured in landscape orientation with a special brace. The OnBeat’s compact size (it weighs 1.9 pounds and is around 5.5 inches wide) and light design make it an ideal gadget for viewing movies in bed. There is a little membrane remote that is better than nothing but not great.
Just dock your iOS smartphone into the OnBeat Air, and you’re ready to use AirPlay. When you turn on the speaker, a notification will appear asking you to download a JBL app to connect it to the correct wifi network. Although the software is straightforward and useful, relating to OnBeat Air’s ad hoc wifi network requires navigating a cumbersome UI on a small screen. Now that you’re back on your home Wi-Fi, you can use AirPlay to listen to your favorite tunes. Supposedly; it took me around six tries to get the networking page to load and another three or four to establish a connection. However, in the end, it was successful.

The AV receiver SR7013 from Marantz is a class act thanks to its sophisticated black design. Some of what it offers to include incredible features such as HDR10 and Dolby Vision compatibility, 11 HDMI inputs, and two subwoofer outputs.
High-end voice assistants like Alexa, Google Assistant, and Siri are all supported by this AirPlay 2 receiver. Its compatibility with AirPlay 2 means you can simply expand your home theater to include a compatible soundbar, TV, gaming console, and speaker system, creating a truly cinematic experience.
Siri on your iPhone makes controlling your Marantz AV Receiver SR7013 a breeze, allowing you to send music to the receiver and any speakers you have attached to it. 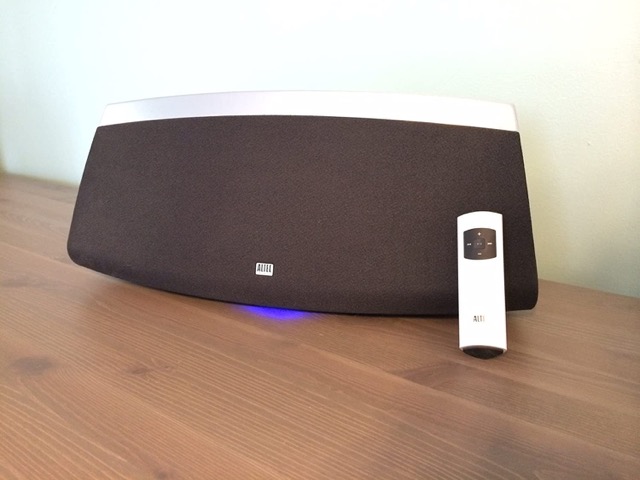 Big and expensive, the Altec Lansing inAir 5000 costs $499.95. It has a broader and higher trapezoidal body than the UE Air Speaker, and it’s covered on all sides by a mesh grille with silver accents. It presents a sleek and sophisticated front since the few buttons and ports are tucked away on the sides. There is a USB connector on the inAir’s rear for charging your iOS smartphone and a line-in jack on the side for plugging in virtually any external audio source.

An indicator light shows the speaker’s state beneath the device. Plus, you can adjust the volume, playback, and other settings with the help of a sleek metal remote. It has only a few simple settings to change, making it useful.

Similar to the Beolit 12, setting it up for use is a complicated process. Getting your computer to join your chosen AirPlay network requires connecting it to OnAir’s ad-hoc network, entering its IP address, and then using a cumbersome in-browser option. A new network connection can be a pain, even though the handbook provides explicit instructions. The fact that it’s too big and heavy to transport easily is also problematic. 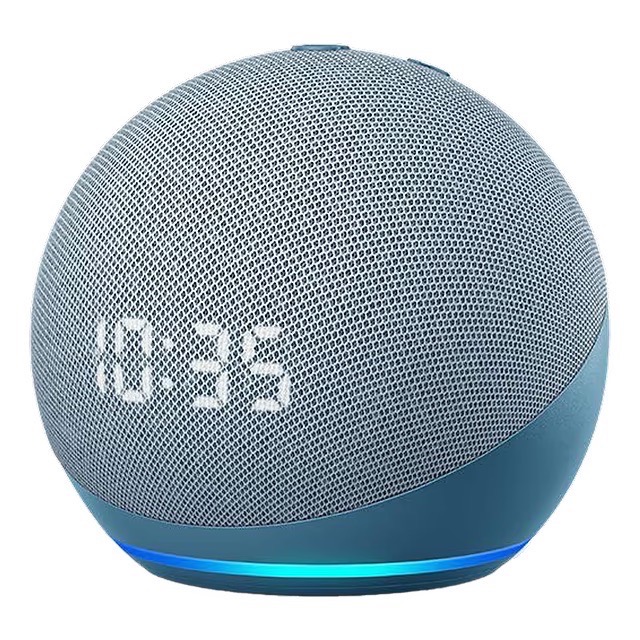 Amazon’s Echo series of smart speakers is a terrific alternative to Sonos if you’re searching for a cheaper multiroom wireless music system that still sounds amazing or if enhanced voice control is essential. Even if no Echo speaker comes close to the quality of a Sonos system, the newest generation of Amazon speakers is a significant upgrade over its predecessors.

While the Echo system’s configuration and operation aren’t as straightforward as Sonos’ app management, using voice commands to handle a synchronized multiroom music system doesn’t take excessive work. You won’t be disappointed if you go for the regular Amazon Echo (4th Gen) or the bigger Echo Studio. The latter, in particular, has something no other tiny wireless speakers have: Dolby Atmos capability (which adds a height element to make the sound even more immersive). 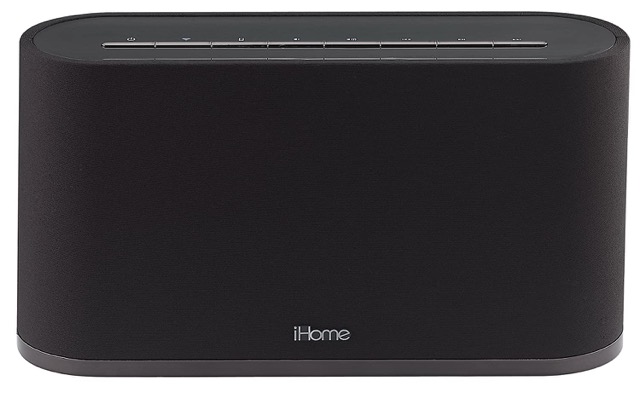 iHome strives to make items that are accessible without being too cheap and of high enough quality to be useful. If you only looked at the iW2, you could tell it was the least expensive option (at only $199.99). Its entire body is covered in a black mesh grille, and the bottom has a silver edge.

This is one of the least AirPlay-specific speakers we tested because so much can be done using the included remote and the speaker’s own buttons on the top, which are placed within a fingerprint-prone glossy black surface. The iW2 has a built-in USB connector and cable for direct connection to your iOS device; a button on the top allows you to choose between wired and wireless listening.

iHome’s app-based setup process is the smartest choice, but it’s poorly implemented here. When you initially connect your iOS device to a computer, you’ll get a list of four apps that might be downloaded; it’s not clear which one is the correct one. The iHome Connect is what you’re after. For the first several attempts at connecting the iW2 to a Wi-Fi network. This was even though the appropriate program had already been installed. Fortunately, there’s also the direct-connect and IP-address option, which proved to be straightforward. 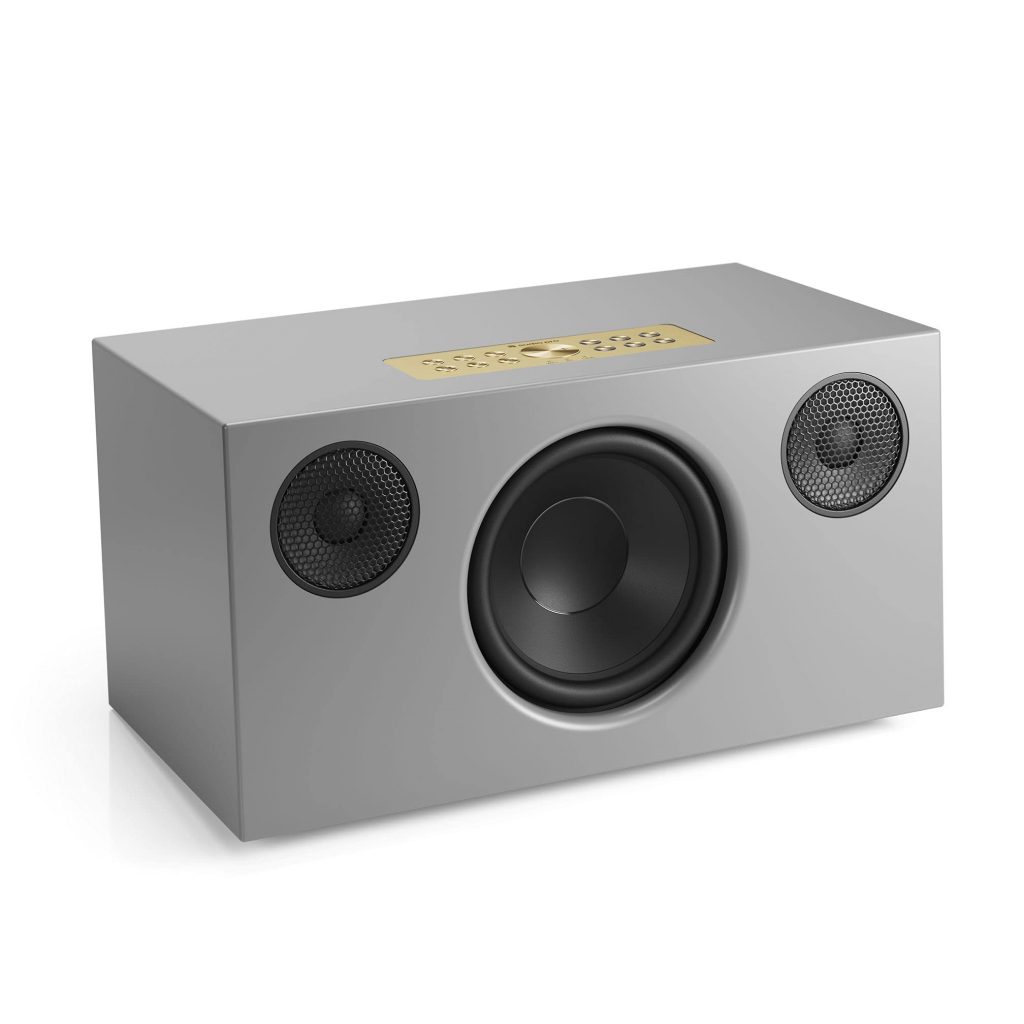 The predecessor to this product performed better than devices that cost nearly twice as much. With a budget of up to £500 ($500), we’re pleased to say that the Audio Pro C10 MkII remains one of the best speakers you can buy.
While the original’s fun leather handle and sound presentation are missed, we can’t complain about the three multi-room streaming choices (AirPlay 2, Google Chromecast, and Audio Pro’s own polished and useful software), increased grippiness of the bass, or superior sound quality. 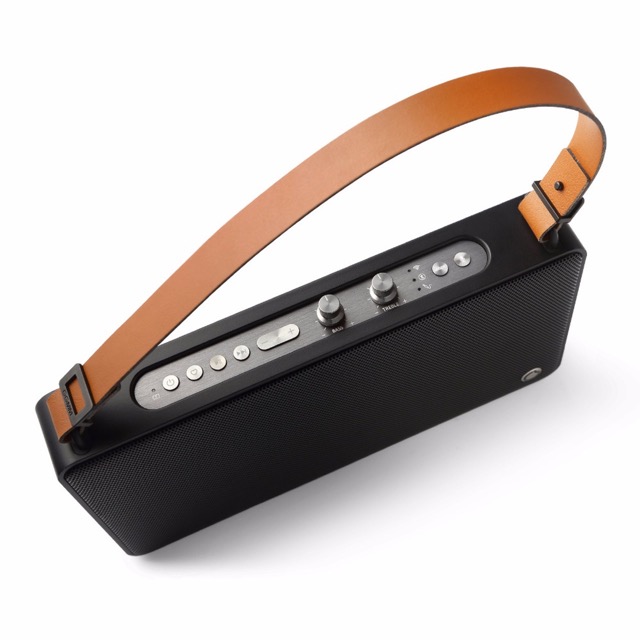 The GGMM E5 is a portable AirPlay speaker with a more amazing bass response than other Bluetooth speakers. Its modern form factor and charmingly vintage shell have won us over. In addition, it comes with a convenient strap for transport. Please be aware that the GGMM does not use a typical microUSB cable for charging. In any case, the battery life remains respectable at 15 hours. Yet, there has been no confirmation that this speaker is compatible with the AirPlay 2 protocol. 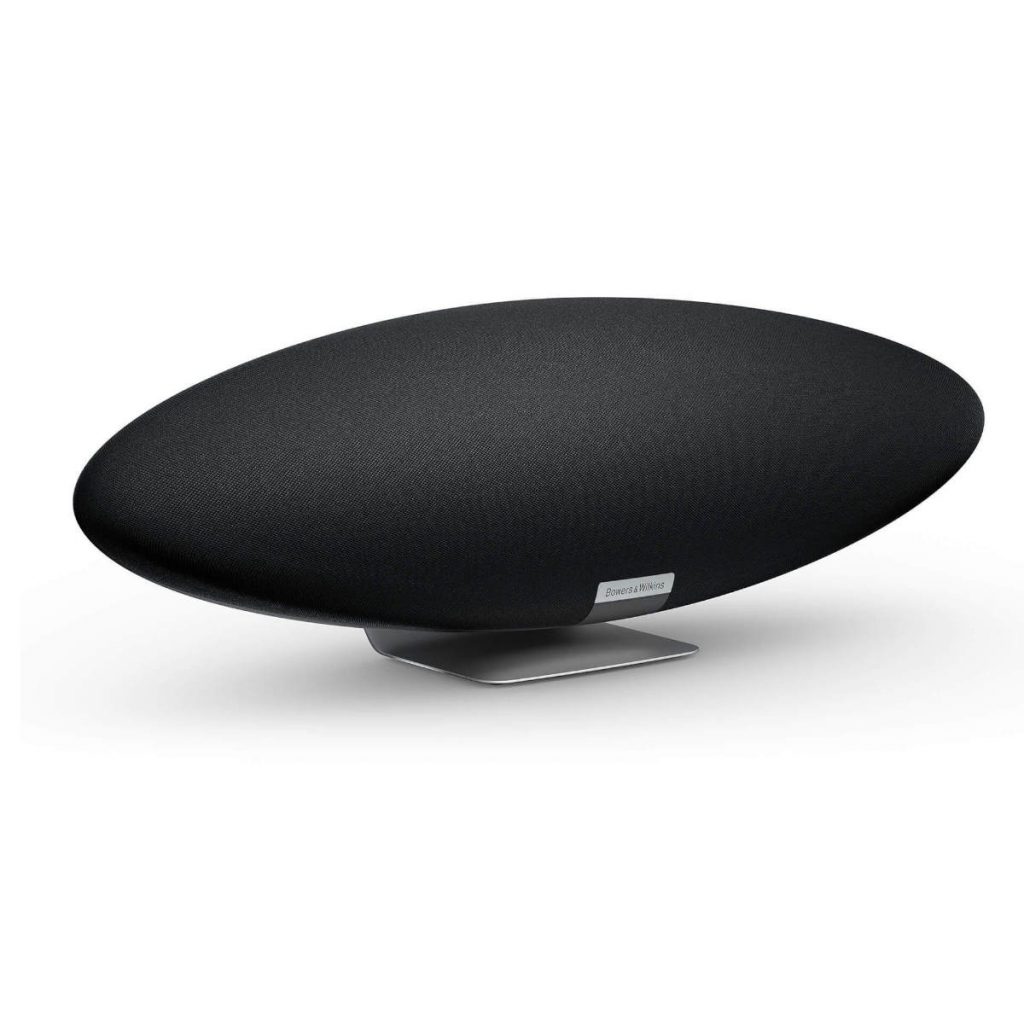 This premium AirPlay speaker blasts out an impressively robust and lively natural sound that will fill any space. Although pricey, it’s often considered the best AirPlay speaker on the market. The Zeppelin is simple to set up and may be connected wirelessly by Bluetooth or a wireless connection service like Spotify Connect or through a cable connection using the 3.5mm connector on the rear. There are no plans to add AirPlay 2 functionality, which is disappointing.
The speaker’s futuristic appearance is eye-catching, but the Zeppelin’s true strength lies within. Five drivers, two tweeters, and a single 15-centimeter woofer produce booming bass that will tremble your chest. 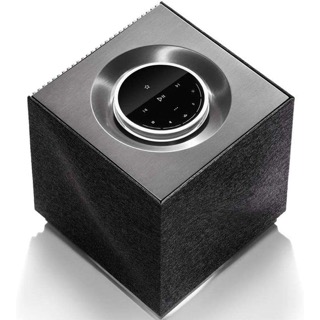 If you want high-standard sound from an AirPlay 2 speaker and to have the funds for it. The Naim Mu-so Qb 2nd Generation is certainly worth a look. Even if the Apple HomePod Mini (below) includes all of the company’s distinctive technology.

The new Qb, is capable of high-resolution playback up to 24-bit/384kHz. Outperforms its predecessor in terms of transparency, timing accuracy, and dynamic range.

The Apple Homepod Mini is a stylish speaker that can play music in many rooms and is easily synced with your iOS device. Even though it’s small, this speaker can fill a room with rich, emotive sounds. When it comes to little AirPlay 2 speakers, the Homepod Mini is hard to beat. It’s even smaller than the Amazon Echo.

The Homepod Mini is a little black-and-white sphere with a mesh exterior to improve audio quality. When it is “thinking,” the top is translucent and emits a rainbow of colors, but when it is playing, it is white. Tapping the plus or minus signs at the top may increase or decrease the volume. Where playback controls are also located.

As an Apple device, Siri is a default AI function. The voice-activated replies are outstanding, with Siri offering music recommendations when asked to “play something I’ll enjoy.”

There you have it; the top picks among AirPlay speakers, in our opinion. If you have tried any of them, please share your thoughts. Also, please leave your thoughts and opinions in the comments.

What To Expect From Oculus Quest 3: Meta’s Upcoming VR headset

9 Coolest Gadgets That Are Worth Buying In 2022

Gadgets That Can Help You Focus, Meditate, Relax And Sleep

[Fixed] For This Game You Need To Be Online Xbox Error

How To Fix Frame Rate Issues On Xbox Series X

All About The New Huawei P50 Pocket

How To Use Oculus Move To Track Your Fitness Goals