Disney+ has many great movies to stream; finding them isn’t difficult. It might be challenging to decide what to start playing, though, when so many excellent movies are available. The good news is that we’ve done the hard work for you and put together a list of some of the best films available on Disney+, ranging from Marvel must-watches to animated classics and Star Wars epics. We can cater to your needs no matter what they may be.

Some of the choices on the list are obvious, like Disney’s Frozen or Pixar’s Toy Story, while others you might have yet to learn were even available for streaming on Disney+. See our comprehensive list of the top Disney+ movies below to prepare for your upcoming enchanted movie marathon. 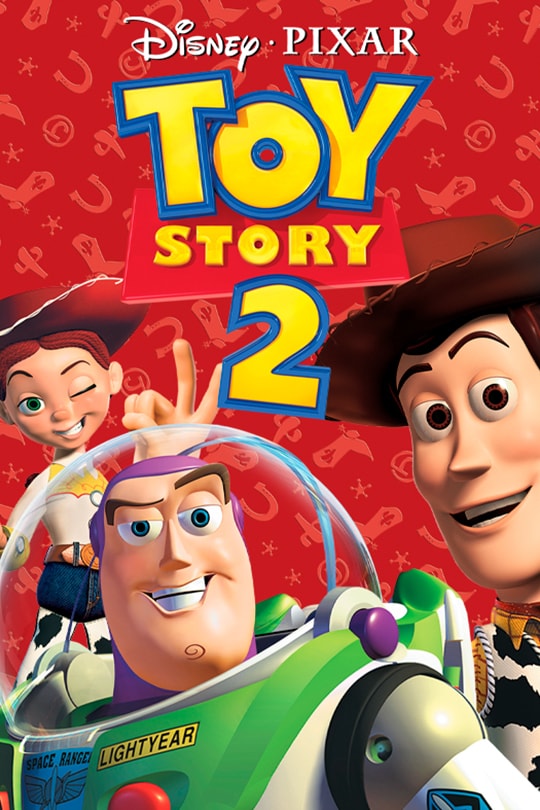 Pixar quickly established a reputation as a company enamored with big ideas. According to their first film, Toy Story, all of your toys are alive and roam the room when you’re not looking.

It was oddly adorable rather than giving children nightmares. The studio persisted in pushing the envelope until Toy Story 3 was released, in which Woody and Buzz Lightyear were burned alive and forced to confront their death. There are some sick geniuses at work here.

The trademarks that made Pixar a top-tier animation studio were first established by Toy Story, which was true straight from the start. Adults can spend a lifetime poring over and dissecting this odd assumption’s philosophical and moral implications. Bright colors, animated figures, and humorous quips keep the audience’s children engaged. The fourth installment of the Toy Story trilogy serves as a satisfying conclusion, but it needs to measure up to the first three. 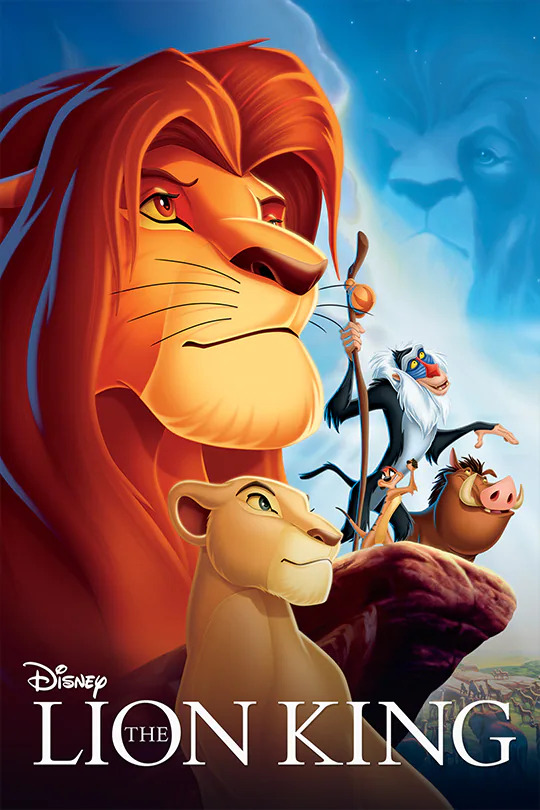 Disney’s Lion King is frequently referred to as their crowning achievement, and it is simple to understand why. James Earl Jones’ melancholy voice, “Circle of Life,” and the overarching themes of sacrifice and heritage give the film a hugely inflicting sensation. We are so grateful for Timon and Pumbaa, who intervene when things spiral out of control.

From the enormous plains to the bubbling green lava of Scar’s lair, it is an epic tale shown on such a beautiful canvas. In addition, it gave rise to a whole generation of people who enjoy lifting their animals into the air in an act akin to Rafiki displaying young Simba. That lion could become so Shakespearean is a surprise. 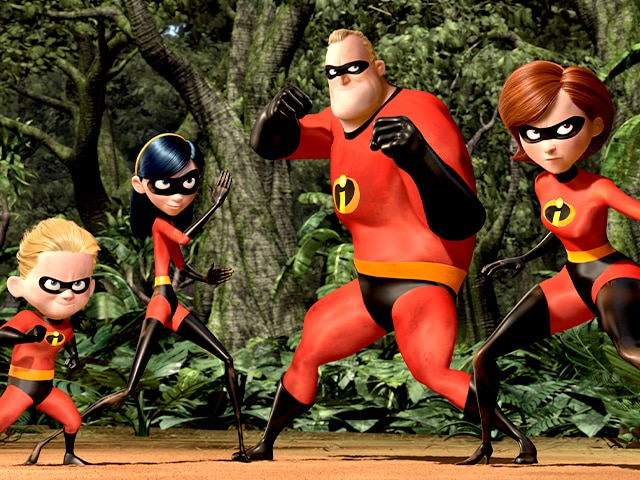 The Avengers with a Pixar twist, The Incredibles, makes it a strictly family affair before the Avengers ever made it onto movie screens. In the film, people no longer support superheroes. They’ve been charged with causing excessive collateral harm.

The Parrs have therefore done their best to remain silent and conceal their abilities while settling down in a picture-perfect American suburb. But Bob, a.k.a. Mr. Incredible, finds it difficult to let go of the “golden days.” His activities ultimately lead to a violent showdown between the entire family and a vengeful former supporter.

“The Incredibles” is the ideal synthesis of sentimental family comedy and clichés from comic book movies. The film contains more action than other live-action attempts in the genre, with plenty of dazzling action. However, it also explores many deep themes related to family, government, and what it means to be remarkable. 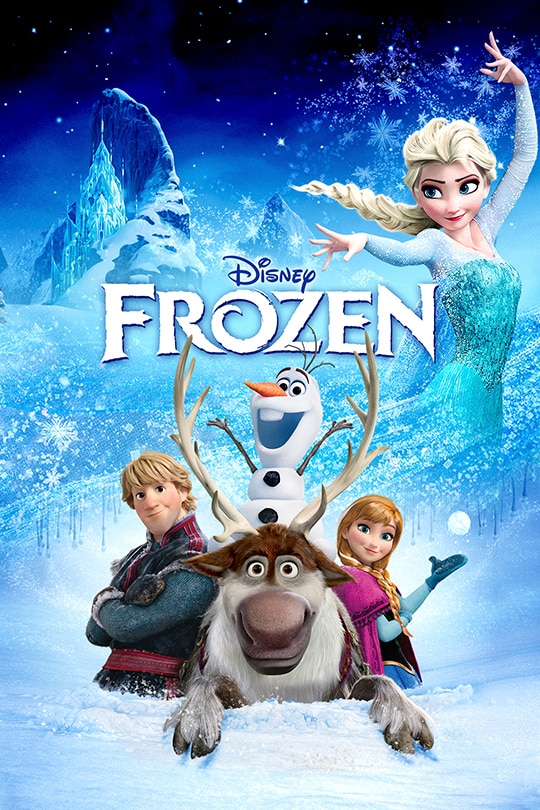 Two sisters, Anna and Elsa, are the central characters of the animated film Frozen. After their parents pass away and due to Elsa’s years of isolation, the sisters grow apart from one another. This is all due to Elsa’s ice talents, which are difficult to control.

The two sisters defend the realm of Arendelle and learn the secret to their unique link with the assistance of a kind-hearted ice harvester named Kristoff, his reindeer Sven, and a magical snowman named Olaf. The best representation of a contemporary Disney princess may be seen in Frozen, where finding a Prince Charming or being saved are not the main plot points of Elsa and Anna’s tales.

They continue to be the story’s center, and their bond serves as a heartfelt testament to the strength of sibling love. And “Let it Go” has become a hymn for the ages because of Idina Menzel’s powerful performance.

Also Read: How To Set Parental Controls For Disney Plus 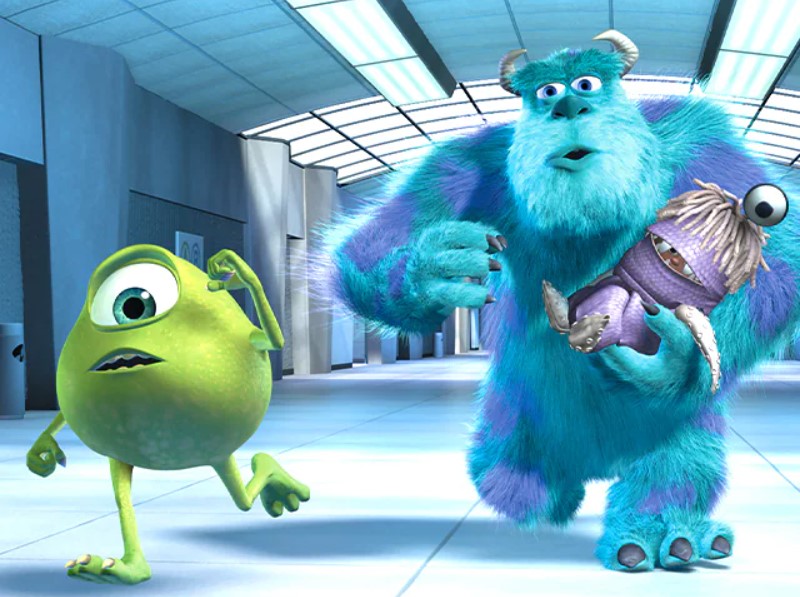 The shouts of children have become Monstropolis’ own unique renewable energy source. Sulley and his closest buddy Mike work at the nearby factory as scarers, utilizing portals to break into children’s bedrooms and harvest their terror to help power the metropolis. One day, a young child manages to flee and is set loose in Monstropolis. Sulley and Mike decide to take the child home safely.

Monsters, Inc is a clever homage to all of the most iconic double acts thanks to the brilliant choice to place John Goodman and Billy Crystal against one another. The movie has a golden heart at its core in the shape of Boo, the lost girl, in keeping with Pixar tradition and isn’t just silly for being silly. Sulley, whom she refers to as “Kitty,” becomes a close friend. We are all reminded that this entirely unjustified our fear of others. 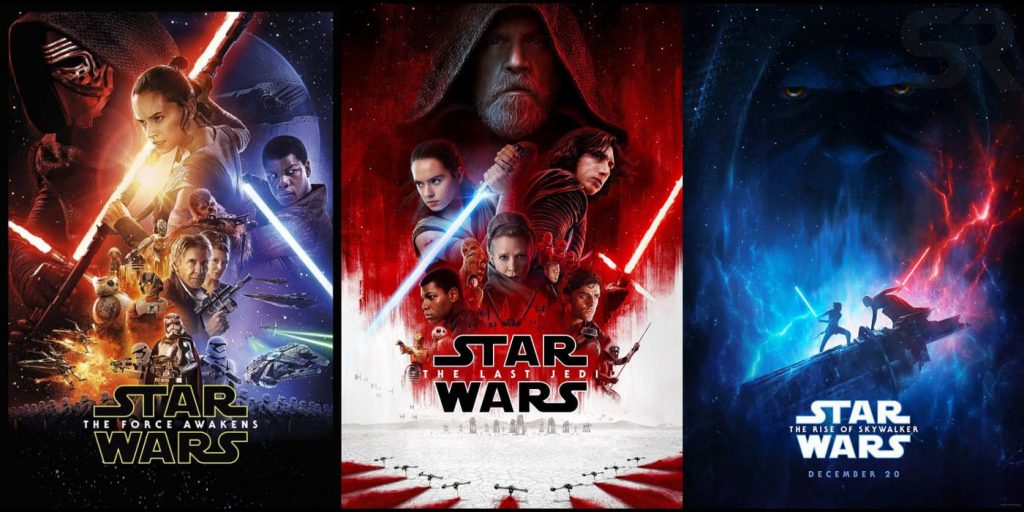 Much depended on The Force Awakens. It was necessary for it to both launch the reborn franchise and calm everyone’s recollections of the prequels. It presented us with a new group of heroes, including Rey, a scavenger whose origins are still hotly contested today, Finn, a former stormtrooper turned rebel, and Poe, a talented pilot.

All of their paths cross as the Resistance maintains its resolve in the face of the First Order’s growing menace. The Rise of Skywalker ends the story, while The Last Jedi continues the conflict with the new foe. As much as J.J. With The Force Awakens, Abrams may have played it safe by recreating the recognizable beats of the original trilogy, but he also brought back many of the qualities essential to those films achieving their legendary status.

The childhood sense of wonder enthralls you and whisks you away on a journey beyond the galaxy, meeting all kinds of fascinating and odd people, visiting old acquaintances, and settling back into the endless struggle between good and evil. The Rise of Skywalker and The Last Jedi come next, each controversial for different reasons. But if you persevere through the trilogy, you’ll receive a spectacular finish to this great series. 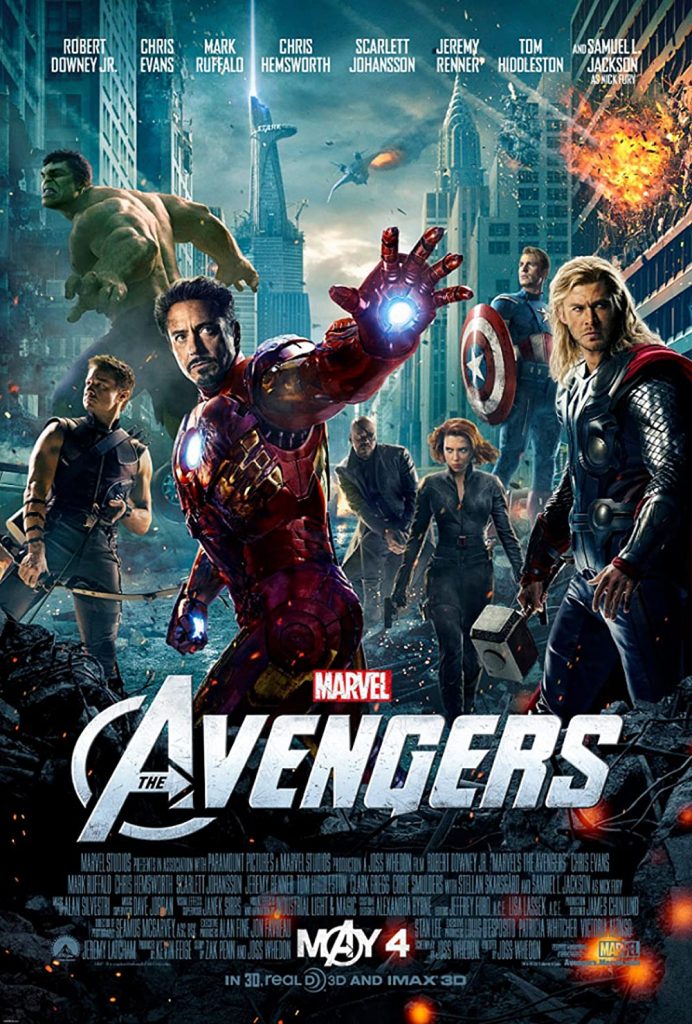 The ten-year history of the MCU is difficult to summarise in a single paragraph. The Avengers movies serve as the central pillars for Disney and Marvel’s massive series by fusing characters and storylines from every episode. Of course, Endgame serves as the resolution.

The warlike Thanos gathers all the Infinity Stones and triggers the Snap, instantaneously eradicating half of all life, leaving the remaining heroes to pick themselves up by the bootstraps and save the day. The movie Endgame is unlike any other that has come before it. It’s the conclusion to a story that has been gradually told in 20 different films, some of which are on our list, albeit we’ve only kept the finest of them.

#8. Beauty and The Beast 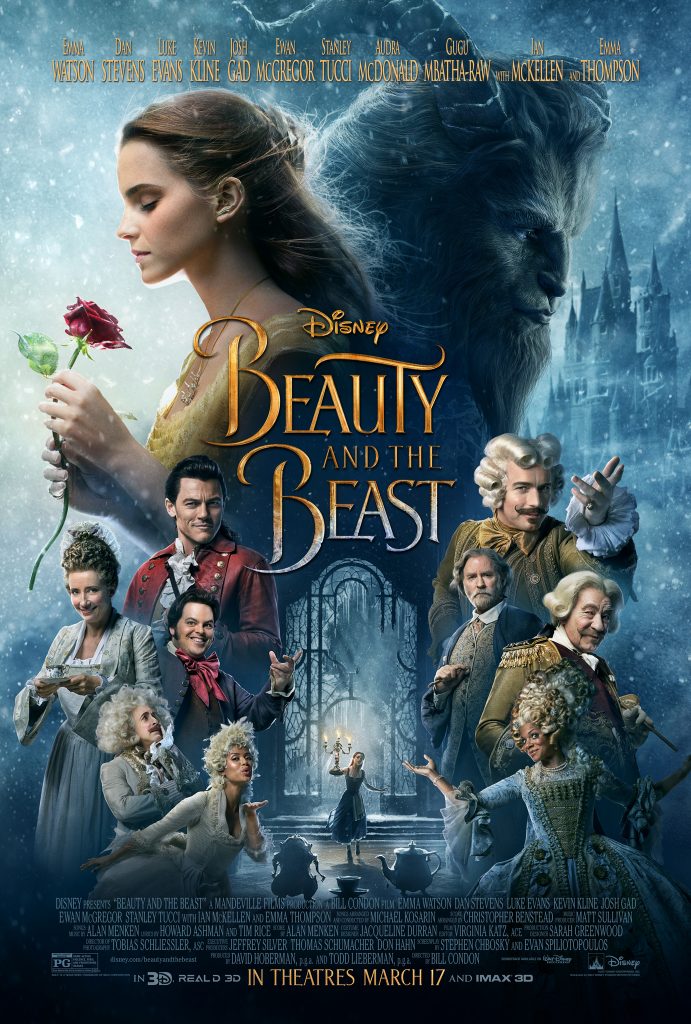 Based on an old French classic, the word “beautiful” in the movie’s title refers to Belle, a bookworm who has become an outsider in her community because everyone else there seems to think Gaston is the best there is. But when a terrifying lion/buffalo hybrid captures her, she learns she has a highly odd case of Stockholm syndrome.

The word “beautiful” in the movie’s title relates to Belle, an outcast in her village because of her love of literature. This is likely because they believe Gaston, a conceited, haughty slab of meat, is the greatest. The phrase is taken from an old French legend. But when a terrifying lion/buffalo hybrid takes her prisoner, she realizes she has a very odd case of Stockholm syndrome. 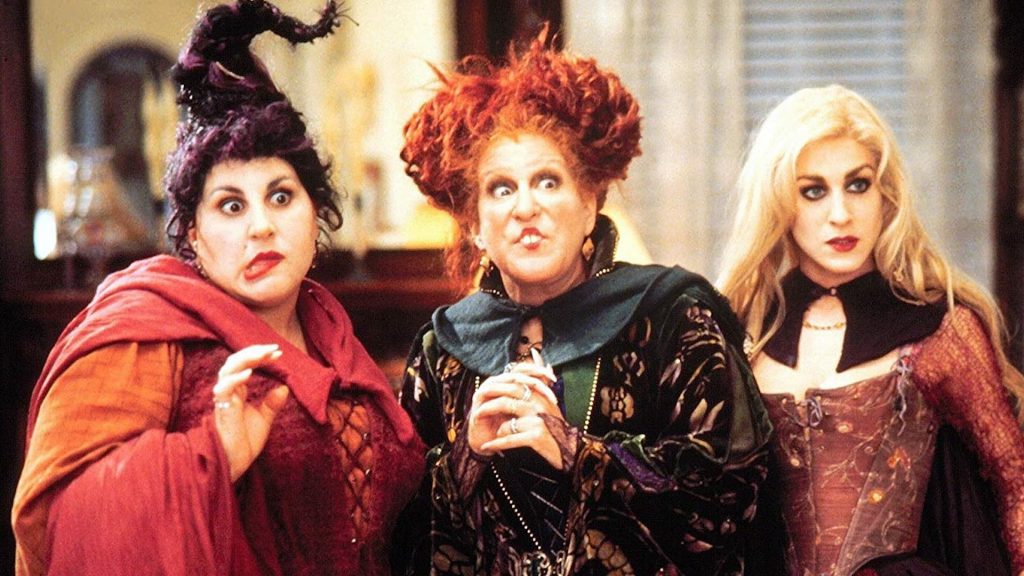 The Sanderson sisters are supposed to be the evil characters in Hocus Pocus, but it can be a little too simple to forget. Young Max unintentionally revives the trio in contemporary Salem, where they immediately cause trouble in the neighborhood. If they aren’t stopped, they will continue to take the soul from every youngster they come across to preserve their youth and vigor.

Hocus Pocus wasn’t a big hit when it first came out, but with time, its reputation has grown, and it is now a Halloween staple. Along with The Addams Family and Caspar the Friendly Ghost, it was a part of a welcome surge of Halloween-themed movies that weren’t necessarily horrors. It is the ideal film for those who want to celebrate the occasion but are also extremely afraid. 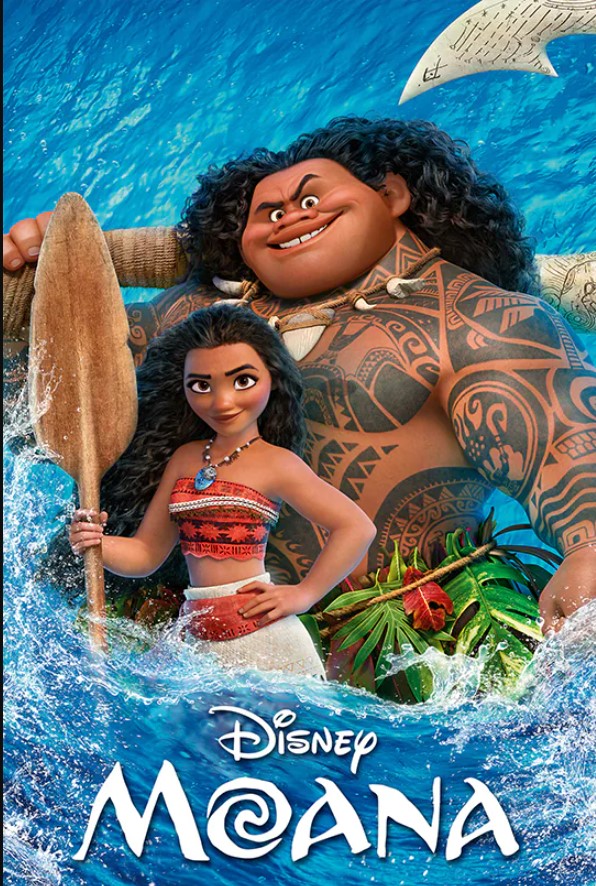 At last, we have Moana, a computer-animated musical adventurous film by Walt Disney Animation Studios and released by Walt Disney Pictures. The thrilling movie narrates the adventurous journey of a teenager who sets out on a daring mission to rescue the people of her clan. During this memorable journey, Moana befriends a once-mighty demigod Maui, who accompanies her on the path of becoming a master way-finder.

The movie is action-packed and fascinating CGI depicts the action-packed voyage of Moana, where she comes face to face with enormous monsters and endangering situations. Its challenging journey is a masterpiece to look at and the iconic soundtrack of the movie is really fascinating you cannot resist adding it to the playlist.