iPad And iPad Mini 2021: Unexpected Features That Will Blow Your Mind

Tell us what your android tablets can and can’t do! In 2021, technology is growing leaps and bounds beyond our imagination. Apple, for instance, has taken its inspiration from sci-fi movies and innovative minds around the world. They have amalgamated all of it into their new line of products, mainly the iPad and iPad Mini.

While the rest of the world is drowning in a sea of grief, the tech team at Apple bravely withstood challenges one after the other. And all of that, just to inspire us and push us to do our best every day. 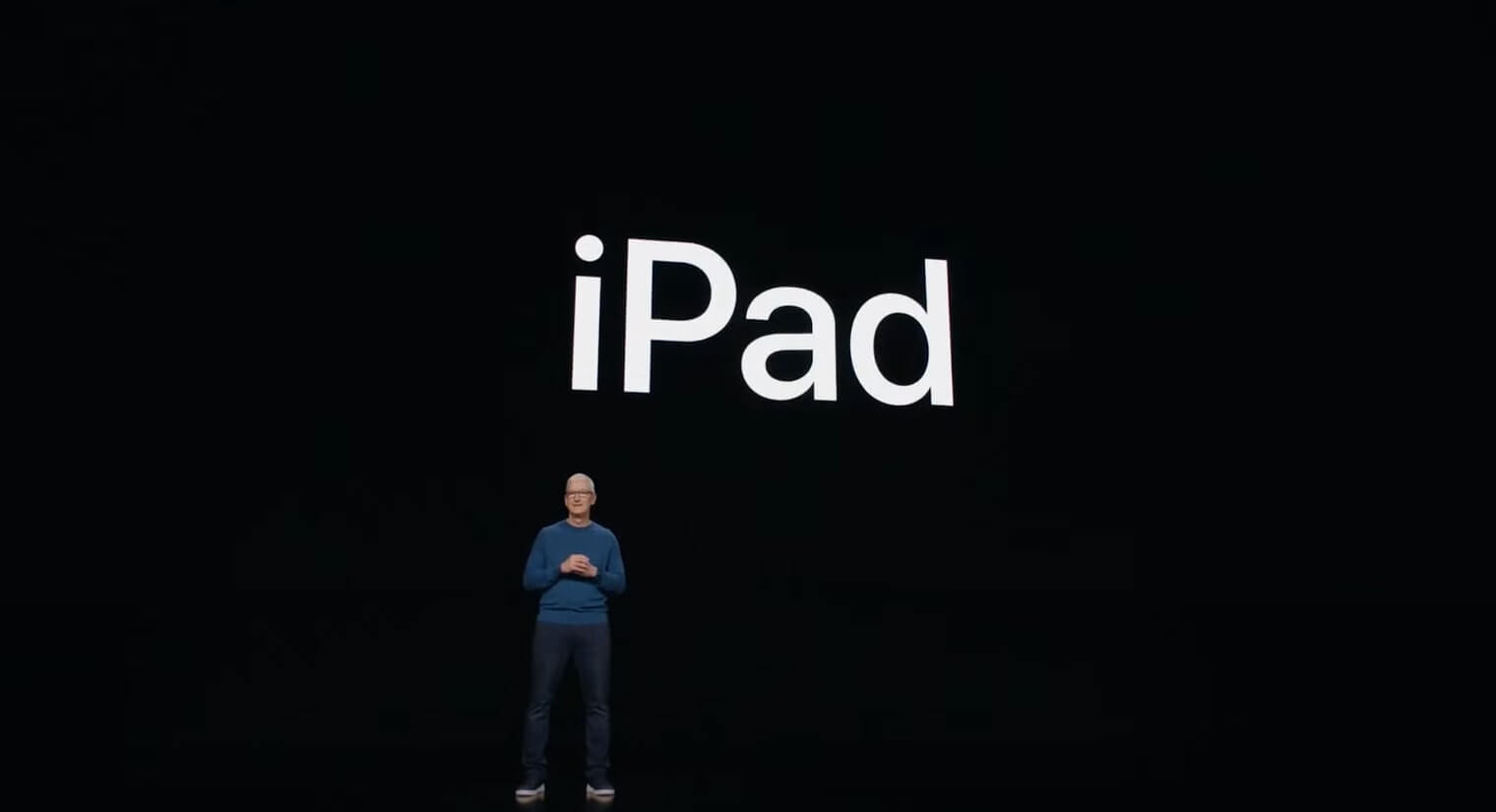 The brand new iPad and iPad Mini are prime examples of what I just said. iPad has been one of the most used gadgets in the world. So much so that its market sales increased by a significant 40% last year all of a sudden.

Approximately 90 million people worldwide are using the Apple iPad and iPad Mini today. Published by Lionel Sujay Vailshery in August 2021, iPads alone contribute to over 7% of Apple’s total revenue. From texting, designing, capturing photos and videos, editing, and browsing, the iPad can replace any of your digital devices, for that matter.

Today, let’s take a look at why we think that the Apple iPad and iPad Mini are some of the best products by the company. 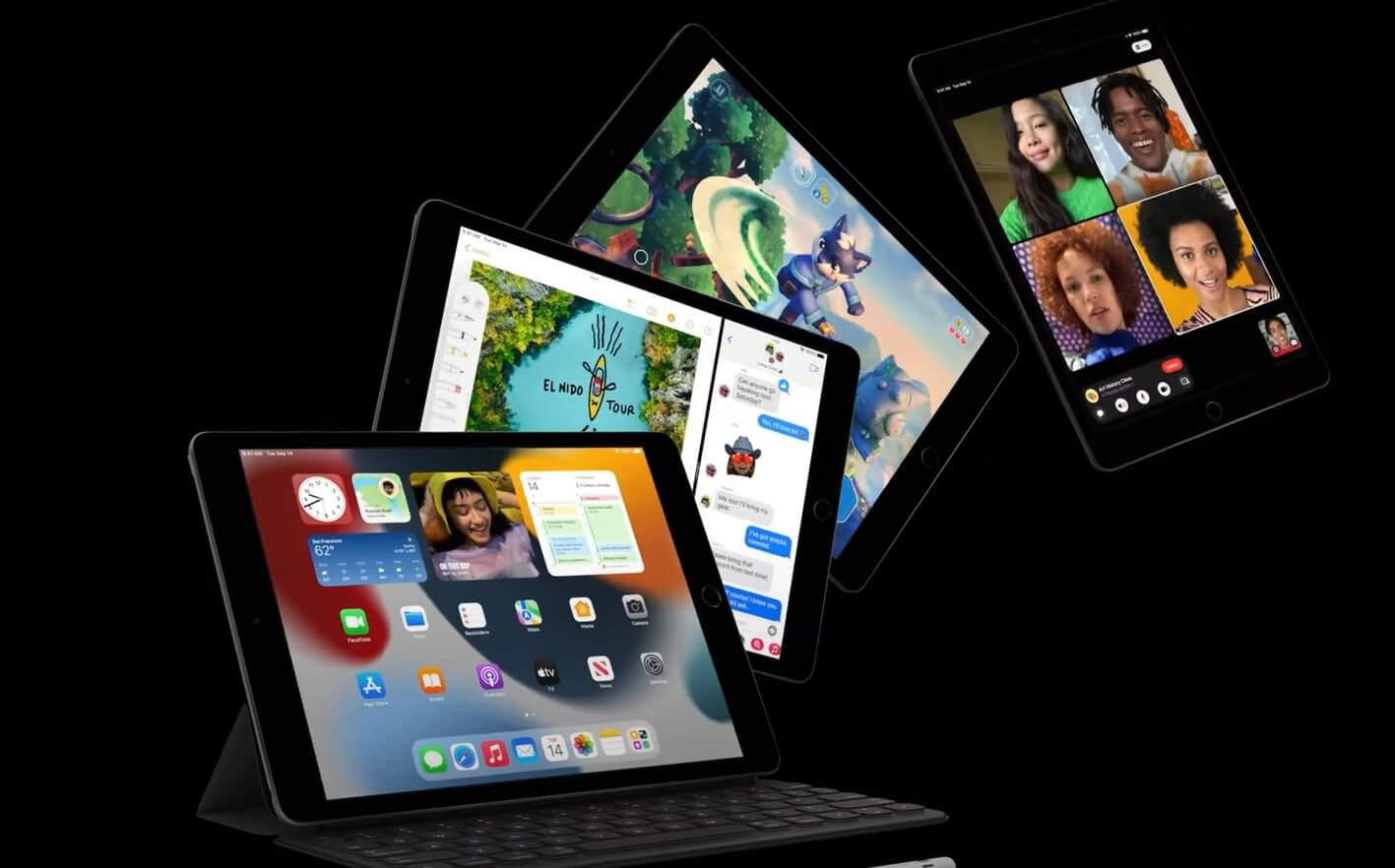 The iPad, as I already said, is the most versatile and most popular device ever. The reason for this is it can transform into anything you want to. Whether you want to play high-definition games, watch movies, video call a spouse, catch up with friends or edit a video, it can do it all.

The latest iPad is under the hood of the A13 BIONIC chip, which is faster and better than its predecessor. A 20% faster CPU, GPU, and Neural Engine performs tasks faster and more efficiently than ever before. The A13 chip makes this iPad up to three times faster than the best Chromebook on the market. Moreover, it also beats the top-selling android tablet in the market far behind.

Users will access software like Adobe Fresco with its realistic watercolors and games with an elevated user experience. Moreover, the neural engine makes machine learning like live text in iOS 15 faster. 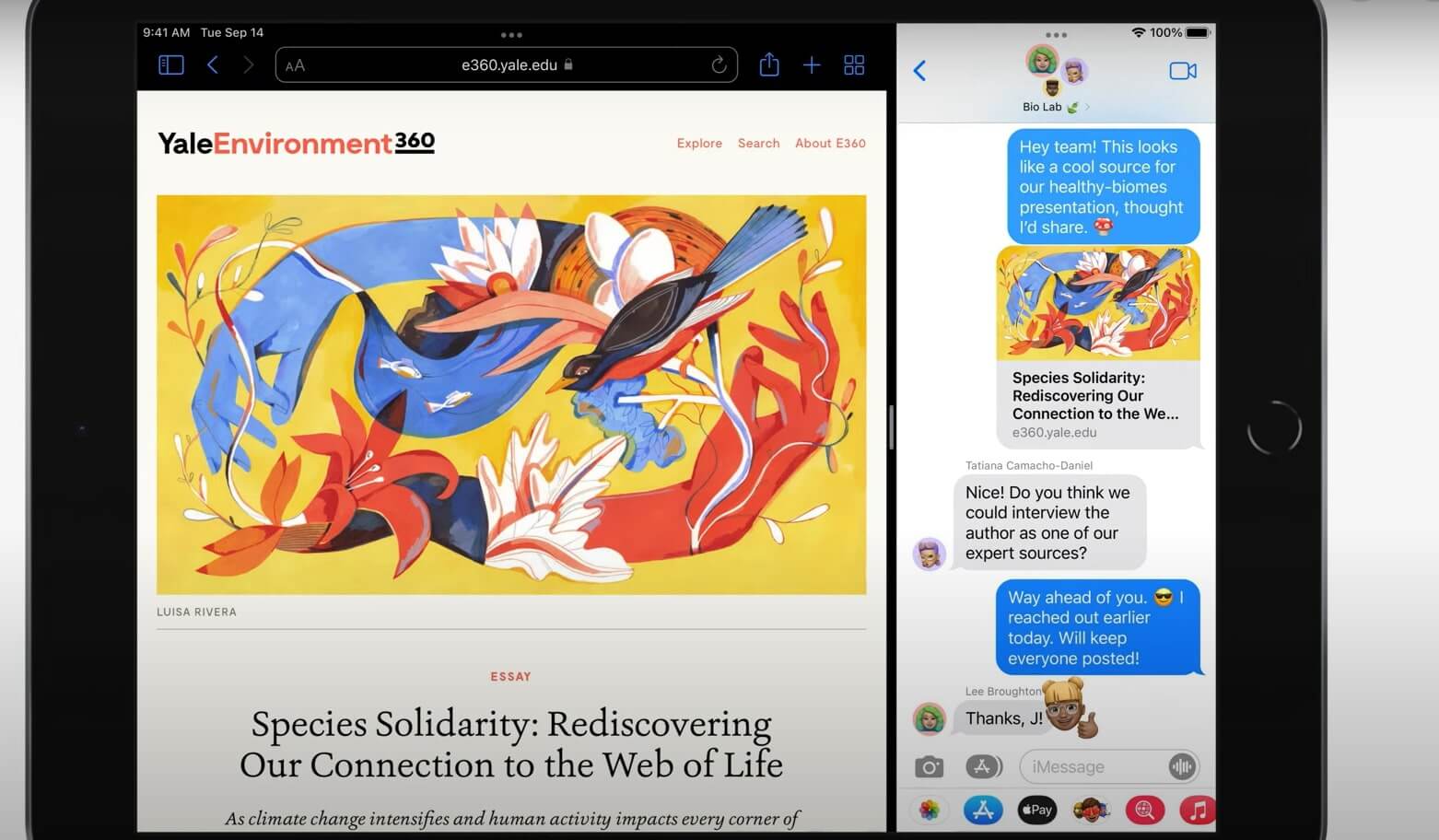 Apple has updated the image signal processor in A13. It means the rear camera captures excellent pictures with improved auto-focus in low-light. And you can now click better selfies from the front camera for things like remote learning and connecting with family, which brings us to the next upgrade.

Apple truly understands how technology can improve quality of life and adapts its devices accordingly. The front camera in iPad OS now has a 12-megapixel ultra-wide feature to improve the image and video quality than before. The developers have borrowed the Center stage feature from their iPad Pro to this iPad. 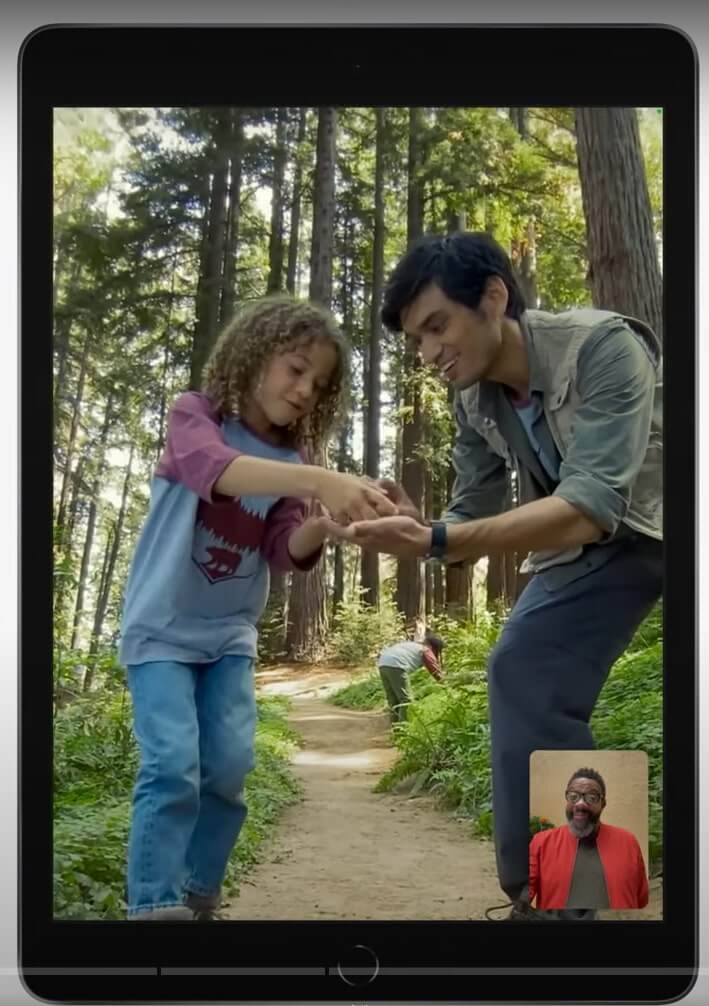 Enabled by the ultra-wide front camera and the neural engine, the Centerstage makes video calls engaging. It automatically detects people and dynamically adjusts the frame as they move around or more people join in. 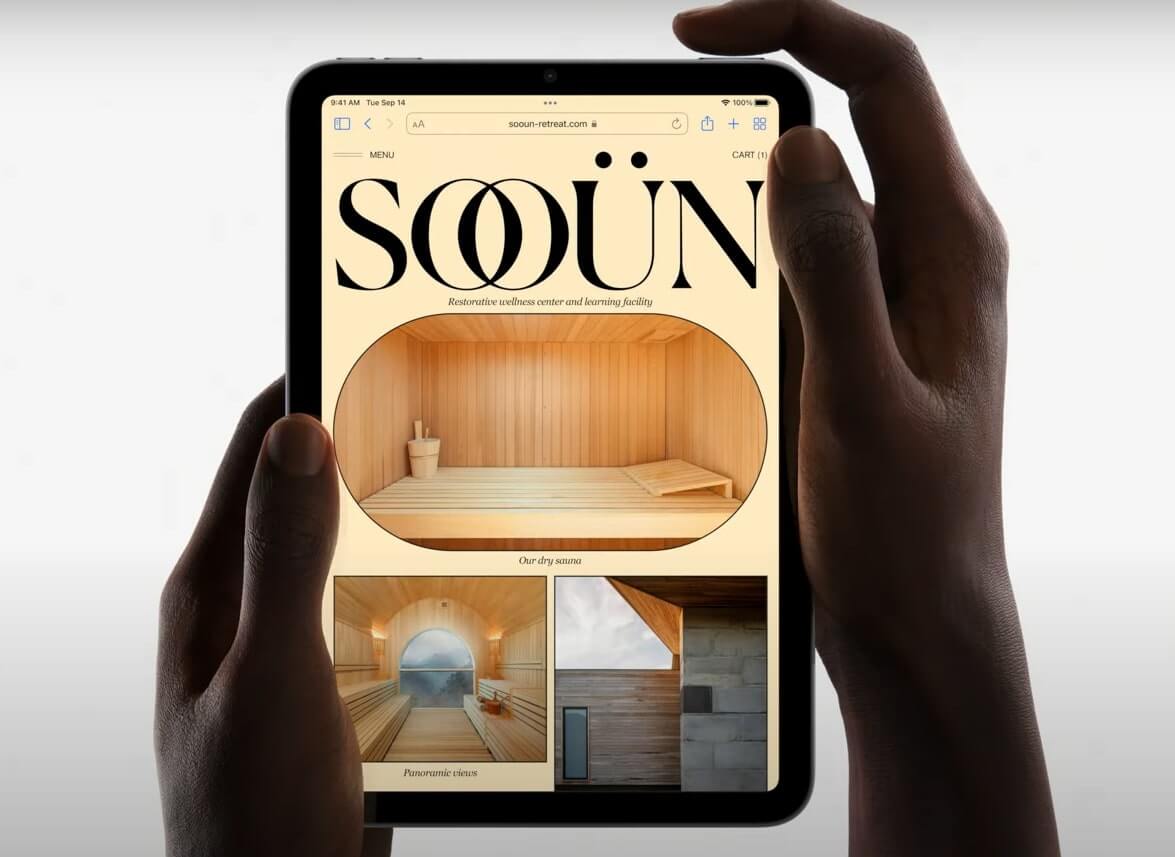 True tone is a unique feature we did not know we needed until now. It adjusts the display to the color temperature of the room to provide a more comfortable viewing experience.
In addition to all these features, the latest iPad supports a vast array of accessories like the thin and light keyboard and the first generation Apple pencil.

After the most popular iPad, it’s time to take a look at the extensive upgrades Apple gave to its little iPad Mini. It is one of the most portable yet valuable devices. Pilots can keep it next to them to check on a variety of things to doctors to check for the details of their patients in the ER. Let’s see what else we have got here.

The new iPad mini is all about enclosure and all-screen design. It comes with narrow borders and elegantly rounded corners. The design is remarkably thin and stunning, and it now comes in a gorgeous array of colors like Purple, Pink, Starlight, and Space Grey.
Furthermore, this design features a brilliant Liquid Retina Display.

It also features an increased screen size to 8.3 inches and retaining the same compact footprint. Moreover, it also comes with wide color, True Tone, 500 nits of brightness, and an antireflective coating. Similar to iPad Air, the new touch ID is now located on the top button of the iPad mini.

The latest iPad mini is the fastest of its kind with new CPU performance. It gives a boost of 40% and an 80% jump in its GPU. So now, whether you are using the Foreflight to navigate your flight plan with live speed overlays or playing the graphically rich game, this device will power right through it. 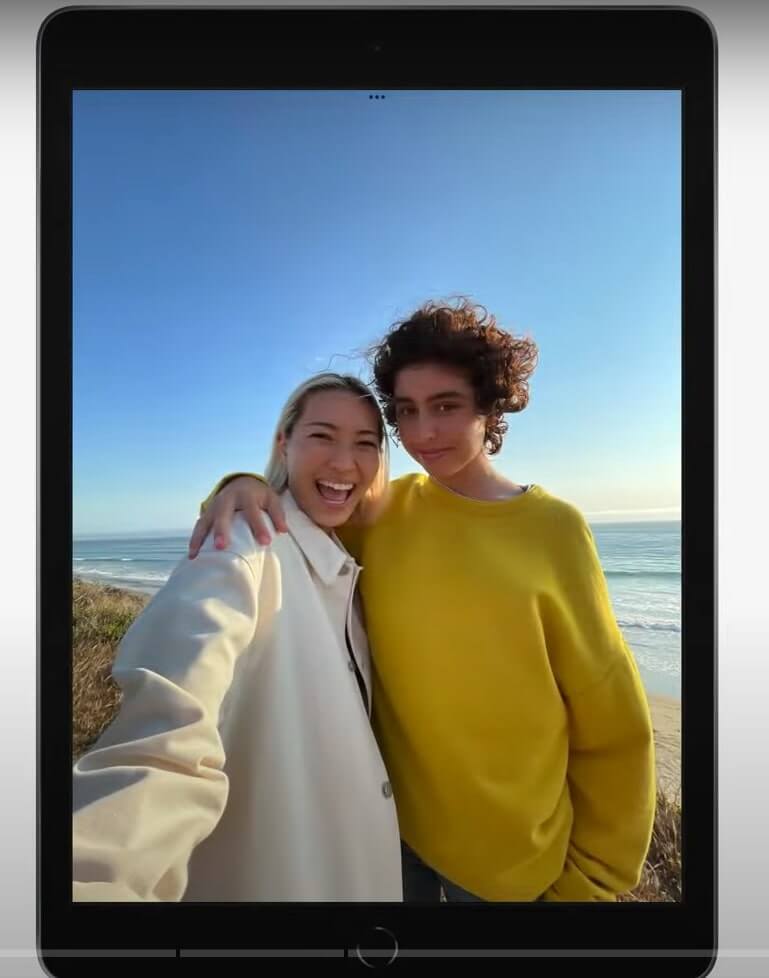 Besides these upgrades, the iPad mini now runs with a vast array of accessories like your DSLR camera and Second generation Apple pencil. The back camera now features a 12-megapixel sensor with focus pixels and a large f/1.8 aperture.

How To Use Apple Mail On iOS: A Complete guide