Since their introduction, MacBooks have quickly become among the most sought-after notebook computers on the market. They have amazing functionality, are simple to operate, and have a clean, well-designed interface. But why do people love them so much? What makes them superior to Windows-based laptops, anyway?

More than 35 years have passed since the beginning of the “Mac vs. PC” controversy, and every few years, especially through marketing, either Apple or Microsoft adds fuel to the fire (also see: iPhone vs. Android, Headphones vs. Earbuds, etc). But which one is best for your tasks in practice? While there is no definitively “wrong” option, we’ve laid out the key distinctions and parallels to help you make the best decision.

Check the details of choosing MacBook with windows:

Even though Mac and PC technology have become more similar over the past 15 years, they nevertheless use vastly distinct software.

In addition to iOS on iPhones and iPads, WatchOS on Apple Watches, and tvOS on Apple TVs, MacOS is a part of Apple’s larger software ecosystem. Some of these systems are compatible with one another and have the same apps. As an illustration, if a friend sends you an iMessage on your iPhone, you can read their reply on your Apple Watch and reply from your Mac.

Apps built into iOS, macOS, and tvOS allow you to keep your notes, iMessages, calendar, photographs, and iCloud Drive data in sync across all of your devices. You can replicate this on other platforms with the help of third-party apps, but Apple’s implementation is typically more polished.

However, Windows is a more “open” system. It’s true that Microsoft hasn’t made much of an impact in the tablet and smartphone markets, but Windows is available on a wide variety of computers created by a number of different companies. There’s a good chance that you’re using a combination of Apple and Google products if you’re on a PC. So, you’ll need to rely on third-party apps rather than having a natively unified experience across all of your devices.

The fact that MacBooks keep their value over time is one of their best features. Macbooks are the only computers that will still appear fashionable after being used for several years and still fetch a fair price on the second-hand market, even though many laptops can endure for several years (or more).

With the passage of time, app sizes increase, and computer performance declines for everyone. However, Apple is among the best in terms of maintaining software upgrades for older devices. This protects you from modern cybercriminals and ensures that your Mac never stops receiving updates and enhancements, even as it ages.

It’s possible that this durability is what makes MacBooks so valuable. Even a three-year-old MacBook typically fetches about half of its initial purchase price on the used market. Nonetheless, a Windows laptop that’s three years old? You might be able to recoup 25% of what you put into it at most.

Given Apple’s penchant for brand consistency and tidiness, it should come as no surprise that the MacOS is the foundation of everything a MacBook has to offer. The Macintosh Operating System (OS) is a powerful and fast OS that provides a platform that is easy to use for both novice and experienced business users. 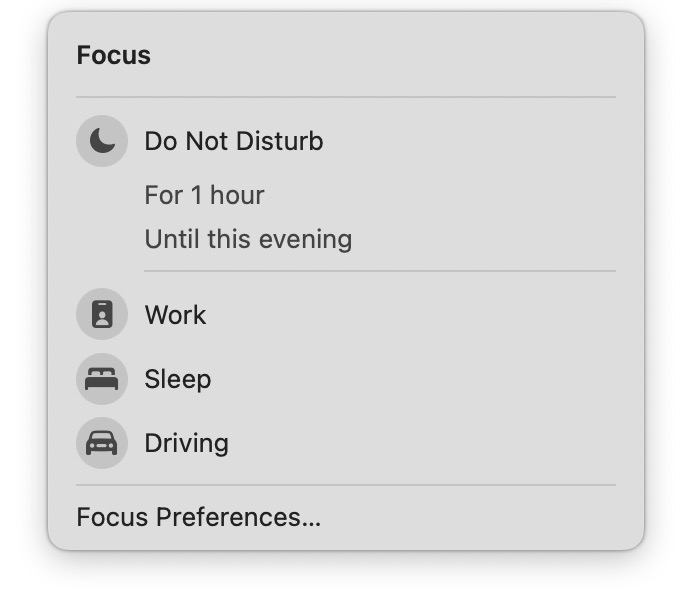 In this screenshot from Mac OS Monterey, the Focus Menu and the ability to silence notifications can be seen.

The platform’s resistance to viruses and other forms of malicious software has made it a favourite in the creative industries, but it’s also a good bet in other fields.

What apps you intend to utilise are arguably more crucial than how well they perform overall. For typical tasks like checking email and browsing the web, either Windows or macOS should suffice due to their respective access to the vast majority of popular productivity suites and creative software. However, the distinctions are important to people who have specialised needs. 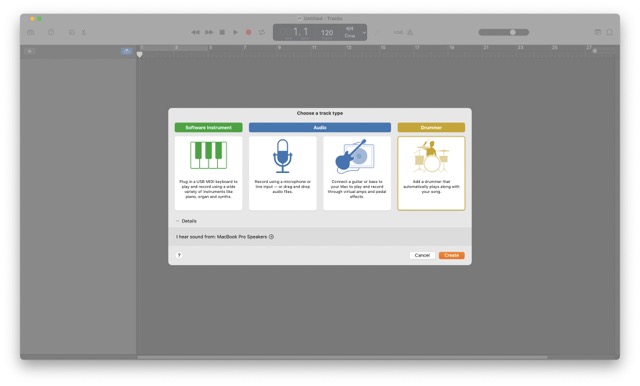 Apple’s sophisticated Logic Pro programme, along with the user-friendly GarageBand programme included at no extra cost with every Mac, has made the platform a favourite among professional music producers. Macbook computers may also appeal to people who edit photos and videos because of software like Apple’s Final Cut Pro and Pixelmator.

However, Windows is the clear victor if playing games is your top concern. The Witcher 3, Control, and Doom Eternal are just a few of the greatest PC games available for Windows 10 laptops, provided you have a powerful enough system. Though Apple Arcade’s 100+ games are compatible with MacBooks, serious gamers need to invest in a Windows laptop if they want to play games like Minecraft and Cuphead.

The MacBook’s Magic Trackpad is a standout feature. When compared to other laptops on the market, this one has the smoothest, most responsive tracking experience. 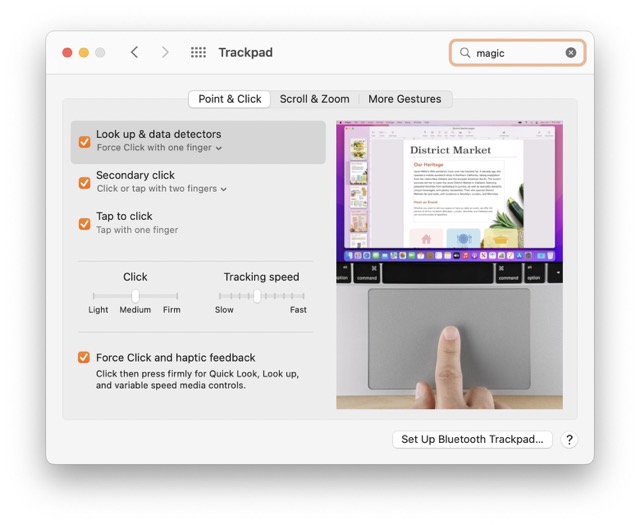 The trackpad from Apple was designed with haptic feedback in mind. The trackpad’s surface magnets detect a click rather than buttons beneath them. That’s why it’s the most user-friendly and ergonomic trackpad available today.

In addition to the software, it features a plethora of gestures that make operating your laptop a breeze. As an illustration, pinching with two fingers can zoom in or out nearly everywhere, while swiping up or down with four fingers can activate Mission Control.

Amazing things have been accomplish by Apple using the ARM architecture and the M1, M1 Pro, and M1 Max SoCs. In spite of the fact that they are not the most powerful CPUs available, they offer a formidable combination of power and efficiency. To ensure compatibility between non-native x86 software and Apple’s new ARM devices, the company has even constructed a very outstanding translation layer dubbed Rosetta 2.

There is a difficulty in that these translated apps have varying degrees of success. While on some occasions the M1 will outperform comparable x86 hardware, on other occasions it will underperform CPUs that would otherwise be light years ahead of it. Also, it’s a little worrisome that Apple hasn’t said how long Rosetta 2 will be supported. Therefore, any programmer who does not update their projects risks being left in the dust.

MacBooks, like other Apple products, are lauded for their long battery life, making them a desirable option for today’s hybrid workplace. Apple’s 14- and 16-inch models boast a 21- and 17-hour video playback time, respectively, and a fast-charging function that gives you 50% battery life in just 30 minutes. 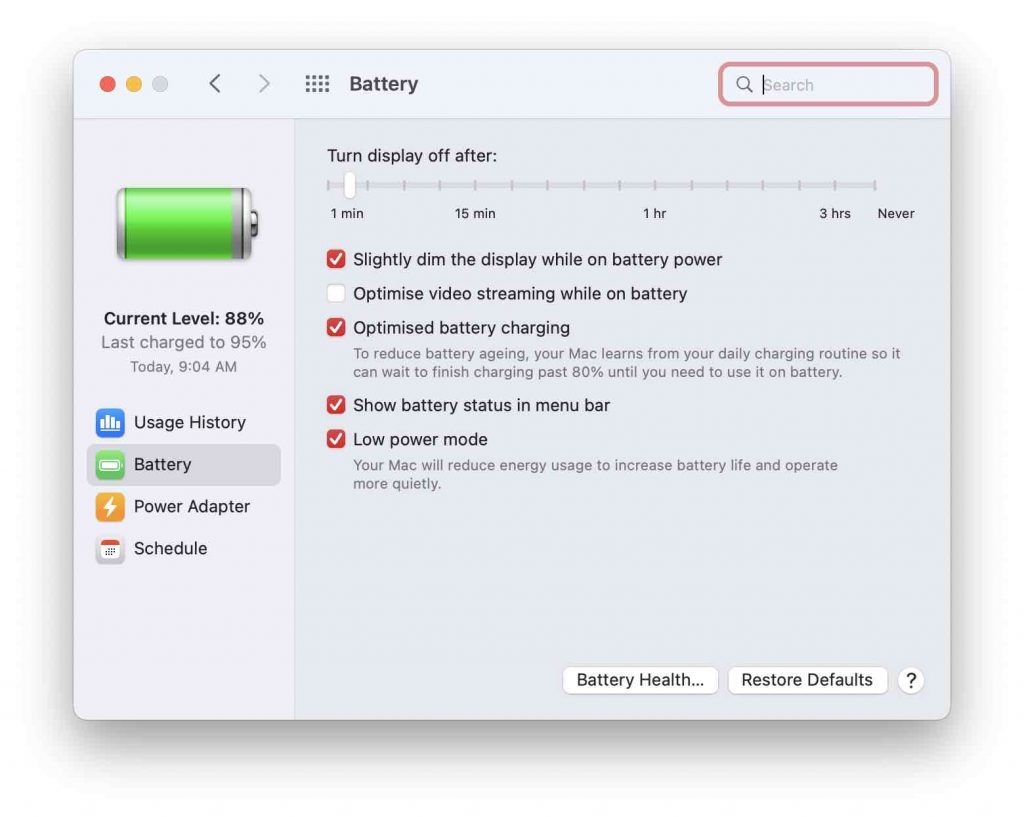 It’s difficult to draw parallels with Windows laptops because there are so many options available for both consumers and enterprises. Although battery life varies widely by brand and model, there are several reliable solutions that can keep you powered up for a while on the road.

Compare the MacBook’s battery life to that of a variety of Windows devices if runtime is an important consideration in your buying decision.

For two main reasons, MacBooks are more accessible to consumers.

First, there are just two varieties available, the MacBook Air and the MacBook Pro, and each one is aimed at a somewhat different demographic. The process of selecting the ideal laptop, from among these few alternatives, is simplified. When compared to other manufacturers, such as HP, who sell countless variants of the same laptop under confusing brand names, this selection is impressive.

Second, Apple’s retail stores are widely dispersed across the globe and staffed by competent individuals who can answer any questions you may have about your purchase at any of the many available Apple retail locations. In comparison, the websites of many other laptop manufacturers can be confusing, and their physical stores can be overpowering.

Hence that’s all about the facts and details that how the Apple MacBook is better than windows. I tried to add all the necessary details. So, When deciding between a MacBook and a Windows laptop, it’s important to consider three factors: price, performance requirements, and, most importantly, the programmes and software experiences you want.

For people who are already well-versed in the Apple ecosystem, purchasing a MacBook is an easy decision because of the device’s native compatibility with iOS devices. Apple’s powerful laptops, including the new M1-powered MacBook Air and the premium 16-inch MacBook Pro, are fantastic for artistic endeavors like photo and video editing.

A Windows laptop, however, could be a good option if you need something cheaper or more specialized. Windows laptops are more affordable than Apple’s MacBooks, and there are several high-end models available for professionals and avid gamers.