One of Nintendo’s most well-known gaming consoles, the Nintendo Switch offers a vast selection of games and many exceptional attributes. New Zelda, Super Mario, and Pokémon games have already been released for Nintendo Switch, but there are still many other fantastic games in the works.

On the platform, a variety of games are forthcoming. The top Nintendo Switch games released between 2023 and later are listed here. Since 2022 is about to end, most of the games on this list are from 2023.

The upcoming game lineup has many factors to be excited about. If you’re ready to add a few to your wishlist, read on for our list of the most eagerly awaited Nintendo Switch games, organized by release date.

#1. The Legend of Zelda: Tears of the Kingdom

Of all the games made available for the Nintendo Switch, The Legend of Zelda: Tears of the Kingdom is still arguably the best. The series is known for producing high-quality movies, but this most recent installment gave it new life by modernizing it and making significant changes. It shouldn’t be shocking that the sequel has been one of the most eagerly anticipated games in recent years. 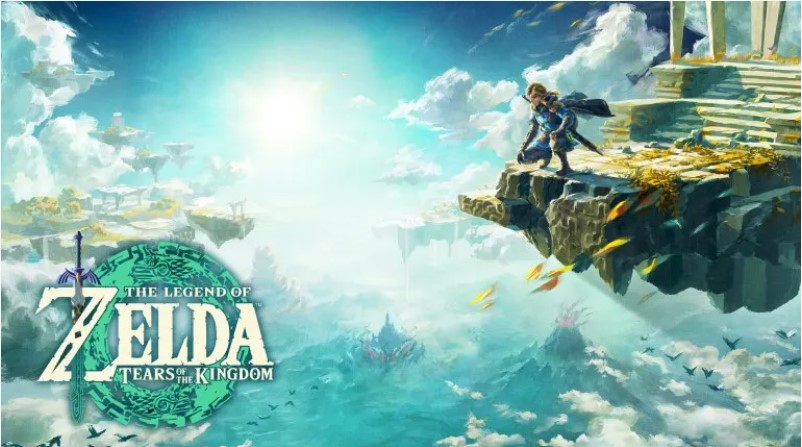 Nintendo has yet to say much about the game despite its impending release.

Gamers have been anticipating the release of “Hollow Knight: Silksong” since its announcement.

Players will be in charge of Hornet this time, a previous boss from the first game. The gameplay will be similar to that of its predecessor, but it will emphasize swifter movement and combat to better match Hornet’s attributes.

It should be an even more difficult challenge for players to complete because of the emphasis on difficulty, the new health system, and the permanent death mode.

Not only is “Minecraft” one of the most-played video games of all time, but it has developed into a multiplatform franchise. The most recent game to be added to this constantly growing library is “Minecraft Legends,” a spin-off that combines elements of the action and strategy genres to create a fast-paced third-person experience.

Playing “Minecraft Legends” is a familiar and new experience.

The only platforms for “Star Wars: Hunters” to be released are the Nintendo Switch and mobile devices running either Android or iOS. Because it is free to play, it stands out among the many Switch games anticipated for the upcoming year. 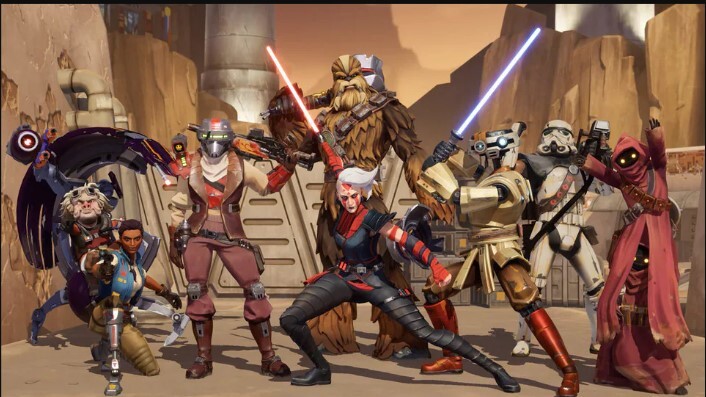 The developers of the top-rated “FarmVille” franchise, Zynga, are behind “Star Wars: Hunters.” There have been a few delays since it was first announced in 2021 to give the developer more time to work on it.

In the early years of 2022, a group of girls mysteriously vanished before being found by a detective. This is the subject of the story, which follows their journey. The girls, still alive, solve the mystery to escape the same horrific fate when two of them are killed ten years later.

Choshiro Kirishima, the former police officer who assisted them all those years ago and is now a private detective, has joined them. Because neither the US nor Europe ever saw the release of the original edition, many players have yet to have the chance to play this game. As a result, Western audiences are undoubtedly filled with anticipation, and many fans are excited to complete their “Fatal Frame” collection.

It has been a fan-favorite franchise since “Pikmin” debuted on the Nintendo GameCube in 2001. It has since gotten sequels in 2008 and 2013. Fans have been clamoring for a new installment in the series for quite some time, and “Pikmin 4” will try to fill that void when it debuts in 2023.

Besides a brief announcement teaser, Nintendo has yet to provide much information about the game. But despite having a higher definition visual, it appears to maintain the previous releases’ vibrant art style.

The wonderful Disney world will soon be accessible to Nintendo Switch owners through “Disney Illusion Island.” The trailer demonstrates how the animation and visuals resemble the well-liked “Mickey Mouse” shorts from recent years, with lovely graphics resembling hand-drawn cartoons. Players can unlock the unique abilities of each of the four characters to enter hidden spaces and discover more of the 2D world. Disney fans should keep an eye on this one for sure.

#8. Story Of Seasons: A Wonderful Life

Story of Seasons is a life simulation role-playing game formerly known as “Harvest Moon.” In this RPG series, players usually take control of a farm and then have to rebuild it as they interact with the local populace, cultivate crops, and take care of livestock. 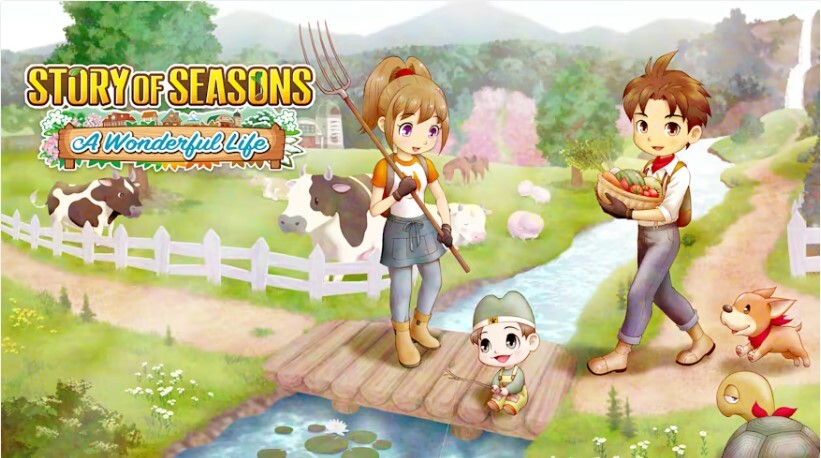 The trailer looks at the visual improvements that the developer worked on for the new game version. In addition, it will feature a tonne of extra content, such as different recipes, events, and crops, as well as brand-new festivals to attend. Fans of the original game, one of the best-received releases of all time, may consider the limited edition release because it also includes a notebook, poster, and exclusive artwork.

The following year, RoboCop will return with “RoboCop: Rogue City.” A threat that could send Old Detroit into an endless cycle of crime is addressed in the first-person action shooter’s plot by a hero who is equal parts human and machine.

The “RoboCop: Rogue City” gameplay reveal trailer depicts a world that is undoubtedly reminiscent of the first film while also emphasizing some of the player’s challenges, such as hostage situations and armed robberies. The fact that Peter Weller will be returning to the role of the title character’s voice actor has also been confirmed by Polygon.

Also Read: How To Play iPhone & iPad Games On Mac

#10. Syberia: The World Before

The fictional European nations of Osterthal and Taiga are the setting for the adventure game “Syberia: The World Before.”

The gameplay focuses primarily on exploring spaces and interacting with objects and people, as you might anticipate from graphic adventure games. Think of “Life is Strange” or “The Walking Dead” games to get an idea of what to expect, but this series has a bit of a fantastical feel thanks to its odd creatures and distinctive environments.

From the makers of the Danganronpa video game series comes the murder mystery adventure “Master Detective Archives: Rain Code.” To piece together the many crimes that have occurred but remain unsolved, you will need to conduct investigations throughout Kunai Ward, speak with witnesses, and question suspects. There will be puzzles to solve and fights with Phantoms attempting to cover up crimes and keep the mysteries unsolved, with some “Persona”-inspired elements are thrown in as well. 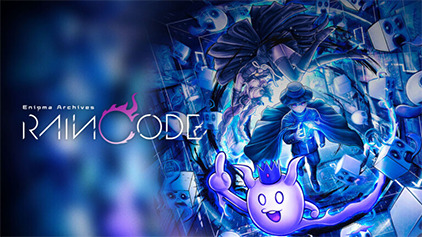 Release: The second quarter of 2023

Dreamloop Games’ “Inescapable” is a social thriller and adventure game. Players will take control of a participant kidnapped and forced to participate in a mysterious game show on a remote tropical island in the first demo at Anime Expo 2022. Only one of them will finally earn the magnificent $500,000 reward by participating in the complex challenges.

According to a press release, the game will test players’ limitations in various ways by seeing how far they will go when they know there are no rules and a significant amount of money is at stake.

A 2003 Nintendo GameCube release, “Tales of Symphonia,” is an action role-playing game from Namco. To reach an entirely new fan base, the publisher is now reissuing the game for the Nintendo Switch in a remastered version.

It appears that “Tales Of Symphonia Remastered” will feature a variety of improvements, including updated gameplay, improved graphics, and some new features.

“Sea of Stars” aims to build a unique fighting system in which pressing specific buttons at the proper time during assaults can increase damage and shield the player from enemy maneuvers. The game also focuses on exploration and has a rich narrative.

It should be different from your typical turn-based RPG experience because combo attacks and other damage types are included, mainly because the makers guarantee there will be few random encounters or need to grind.

“Fire Emblem Engage” will feature the grid-based fighting fans have come to love and expect from the series’ past games. Emblem Rings, powerful new artifacts that can call heroes from previous games in the franchise to battle alongside Clear, will be included in this game. There will be a lot here for fans of the series to enjoy, from the stunning visuals and throwbacks to the new gameplay additions, if the trailer is any indication. 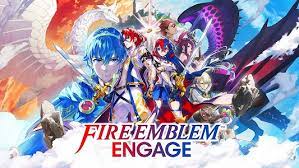