It appears that, in addition to the basic Series 8 model, we may also be getting a more robust Watch, dubbed the “Pro” model for now. It seems to reason that 2022 will be the year of transition. Compared to its predecessor, the Apple Watch Series 6, the Series 7 featured a larger display but was otherwise functionally identical.

It’s reasonable to say that there’s a great deal of curiosity about the impending Apple Watch Series 8. So we’ve compiled this resource to help you stay abreast of the rumors circulating. Look inside to get the lowdown on the new timepiece’s specs, features, design, battery life, and price. 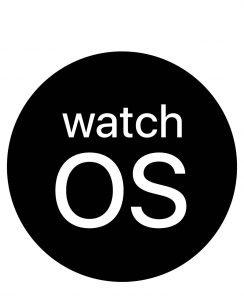 With watchOS 9, the Series 8 and Series 7 Apple Watches will provide nearly identical experiences. Existing Apple Watch Series 7 models, as one of the watchOS 9 supported devices, will get new running features, more sleep-tracking metrics, the Medications app for keeping track of various medications, an AFib history tool, and more.

There have been conflicting reports on whether or not Apple would include a body temperature sensor in the upcoming Apple Watch 8. Before informing customers of their skin temperature on demand, Mark Gurman suggested the temperature sensor may be used to notify select attributes like fertility.

Again, no official information is available yet. Still, based on historical trends—which we may even begin to call tradition—we can anticipate that the release date for the Apple Watch Series 8 will be in the fourth quarter of 2022.

Historically, new Apple Watch models introduce alongside updated iPhones in September, and there’s no reason to believe this year will be any different. If the starting price is similar to the iPhone 7 or any other recent Apple Watch, we may estimate it will be around $399 or £369. It’s unlikely Apple would break from this trend; however, the rumored new model will have a different pricing point.

That’s about it for the Apple Watch Series 8 information. But you can be sure that this website will be updated regularly leading up to September 7 with any rumors concerning the next wearable(s).

With regular activity monitoring, sleep tracking, and the always-on display. The Apple Watch Series 7 has a battery life of 18 hours, just like its predecessors. While daily charging is nothing new, it’s better with the Apple Watch 7’s new rapid charging capability.

Although there is intriguing speculation that Apple Watch Series 8 will have better battery life management, we won’t hold our breath waiting for it to last longer. Mark Gurman has suggested a low-power mode that could improve the battery life of the next Apple Watch. If this turns out to be the case, it would be the most significant change to Apple Watch battery life in quite some time. 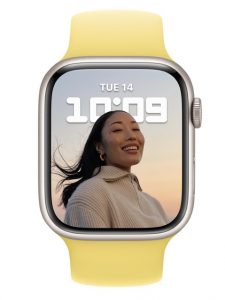 When comparing Apple Watch Series 4 through Apple Watch Series 6, the larger Apple Watch 7 sizes provide a modest design difference. The newest generation of Apple’s flagship watch is more rounded than its predecessors, and its display now has narrower bezels. Apple has improved the Series 7’s design to be dust-proof.

The design of the Series 8 Apple Watch may be similar to, if not an exact copy of, the Series 7 Apple Watch. Alternatively, the long-rumored flat-edged revamp could materialize, with the Apple Watch borrowing design inspirations from the iPhone. However, he can’t say for sure if or when it will be released. Tipster Jon Prosser released a series of renders of what he claims to be a flat-edged Apple Watch early this year.

It has also been reported that the company is working on a tough version of the Series 8 Watch. Bloomberg’s Mark Gurman, who thinks Apple is working on an alternative design for outdoor activity aficionados, has referenced this device multiple times.

We may have fewer color selections for the Apple Watch 8 at last. The upcoming Apple Watch is rumored to come in four colors: Midnight, Starlight, Silver, and Product Red.

Gurman claims the S8 processor will share the same features as the S6 and S7 chips. This means the chip is not likely to provide the same performance or efficiency gains as the chip found in the Apple Watch Series 7.

The Apple Watch “Pro” may replace the Apple Watch Edition. Boasting the same titanium housing but expanding on the Apple Watch Edition with a more robust new design. A larger battery, and a larger display capable of displaying more fitness metrics at the same time. The forthcoming Apple Watch release is building up to be one of the company’s most interesting product launches this year. According to Gurman, who predicts that the device’s case will construct with “a more durable formulation of titanium to make it particularly resistant.” This could be a good selling point for the high-end Apple Watch. According to Gurman, the price tag might land at between $900 and $999.

The only major new features of the Series 8 Apple Watch are the body temperature sensor and the Low Power mode. Assuming the aforementioned improvements materialize as planned. Many Apple Watch Series 7 owners may not see a cause to upgrade to the Series 8. Buyers moving from an older model may still have compelling reasons to favor the latest models. It may make more sense to upgrade to the Apple Watch Series 8 “Pro” if you’re looking for a larger display. A lighter and more durable construction, and the longest potential battery life.

How To Retrace Your Steps With Apple Watch