It’s frustrating when your iPhone gets stuck on the Apple logo and won’t load the Home Screen. iPhones are generally rock-solid devices, but even the best might experience glitches now and then. One of the most feared problems is the so-called “White Screen of Death,” in which your iPhone becomes stopped and displays only white light.

It’s good news that this isn’t as permanent as it seems and can be fixed in a variety of straightforward ways. Without any specialised equipment or technological know-how, we reveal the secret to bypassing the dreaded “White Screen of Death.”

Why Your iPhone 14 Shows a Blank Screen

There are two main categories of contributors to this disease: software and hardware. While the White Screen of Death can be caused by either of these, we now know that almost all problems fit into one of these categories, making the diagnosis a little bit easier.

Users often encounter the WSoD (White Screen of Death) when attempting to upgrade their OS or jailbreak their device.

However, the best-case scenario is that the issue was caused by a botched installation due to a damaged file or something else going wrong during the operation. In this case, it is easy to fix the problem on your own.

The second option is physical damage to the phone’s hardware, which can happen when it’s dropped. This can sometimes be fixed by the user, but if any of the internal components are broken or if any of the cables have come unplugged, it should be taken to an Apple Store for professional servicing.

iPhone White Death Screen: How to Resolve It

If the Side Button didn’t fix your white iPhone 14 screen, then you’re looking at a hard reset as your next best bet. A hard reset also termed a force restart, cuts power to the device at the battery terminals so that it can start over from scratch. Quite frequently, this solves a wide variety of problems that a restart couldn’t. Here’s how to reboot an iPhone 14 that’s frozen on the white Apple logo screen.

This might be useful in some situations. The auto-brightness feature adjusts the screen’s brightness based on the ambient light level. If something goes wrong, you can get a blank white screen. 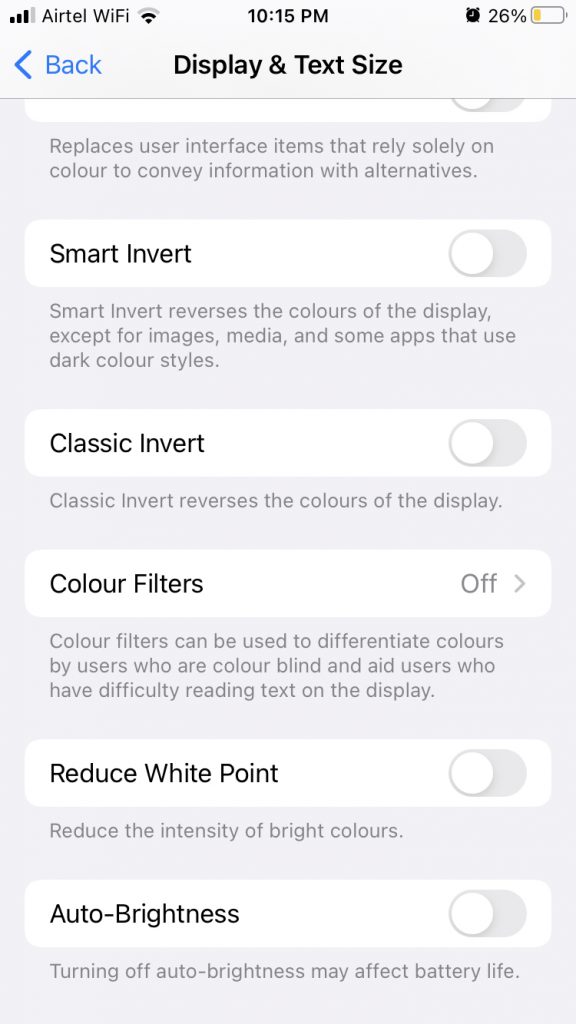 If nothing else helps, call or visit Apple’s local store for technical support on your iPhone.

While jailbreaking remains appealing due to the useful extras it provides, it has a negative impact on the reliability of your iPhone because it was developed in tandem with iOS 16. These details may or may not stick out to you. There have been random crashes, and the user interface has been slow to respond. The system is now dealing with jailbreak, conflicts are arising, and a catastrophic crash could happen at any time. Your iPhone 14 may become unresponsive, showing a blank white screen, if such an event occurs. Stay on Apple’s approved iOS and avoid jailbreak.

The silent killer of electronic devices is heating. You may rest assured that your iPhone was constructed to the highest standards with the most stringent tolerances. Yet it is nevertheless susceptible to the effects of heat. It still has a battery, which expands in size when the device warms up. If the battery expands, where does the extra space go? Screen artifacts are one of the first things you could notice if your battery is bulging. This could be a hardware issue causing your iPhone’s white screen to death. When the temperature around your iPhone 14 is stable, it will function as intended. How can we maintain a comfortable temperature?

Constantly updating your apps and iOS16 is essential. You shouldn’t do something immediately, but you should do it on a regular basis because it’s important. Apps that haven’t been updated in a long time. Especially after a major iOS update like iOS 13 to iOS 14 or iOS 14 to iOS 15 or iOS 16 may not function as smoothly on the new version of iOS, causing internal code conflicts that may manifest as a system crash. Which may further manifest as an iPhone stuck on a white screen. Maintain a current iOS and app version. There is no use in sticking with an app that isn’t getting updated if there are better options available.

How To Change iPhone Wallpaper To White