Even though the Apple Watch Ultra’s Action Button is just one more control, it offers substantial improvements if you take the time to learn how to configure and make the most of it.

A new Apple Watch model featuring a third control, the Digital Crown, has been unveiled seven years after the first Apple Watch with just the Digital Crown and the side button. The new Action button is a massive orange button that packs a punch.
The new button is intended to provide divers, extreme sports enthusiasts, and sportsmen with a method to quickly access one of several Watch functions, such as beginning a workout. However, it may be used to initiate a Shortcut, making it possible to initiate all of the new features and essentially anything else the Watch can do with a single push.

The new button was first shown in the most recent Apple Watch Ultra leaks, alongside mockups for the case that showed major updates to the sides of the watch. The Digital Crown and right-side buttons have been reimagined. The Action button sits to the left of the Side button.

Action buttons are designed to be easily seen, which is why they are colored International Orange. That should indicate that the button is unique and requires some expertise to use properly. The bright orange hue aids in visibility.
In the Apple Watch Ultra announcement event, Apple mentioned that users can alter the appearance of the Action button. A push on this button will take you directly to one of the most frequently used functions on the watch.

You can assign several actions to the Apple Watch Ultra’s Action button, giving you quick access to your preferred apps and functions. You can configure app and feature actions:

The Action button’s behavior changes slightly depending on its primary function, and under each major function, additional customization options become available. Setting the Action button to activate an item like a flashlight is straightforward but non-customizable. By contrast, when the Action button is programmed to initiate a workout, other parameters, such as the activity’s kind, objective, and length of time, can be adjusted.

When setting up your Ultra, you’ll prompt to assign an action to the Action button. You can choose to immediately adhere to the on-screen instructions or return later to make changes. We’ll immediately begin discussing the latter. Your use of the Action button will likely evolve as you find what works best for you. The good news is that the Action button’s functionality can be modified in two places: on your Watch and on your phone. 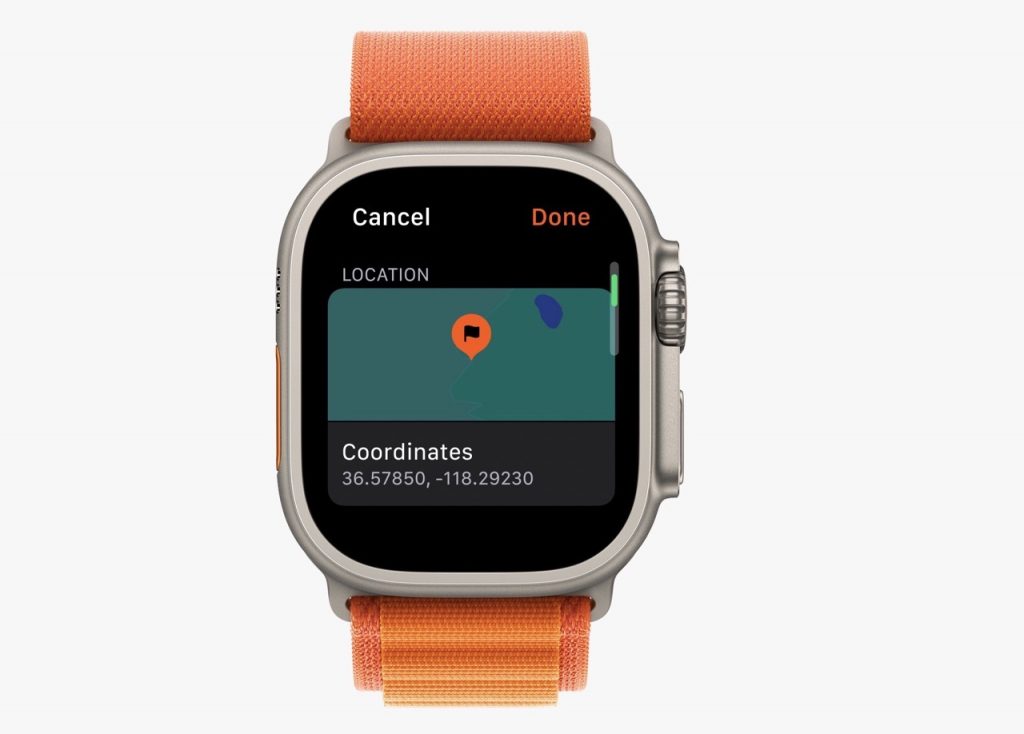 The Action button can customize in the following ways:

Please take note that the Workout and Dive actions include an extra App setting, presumably so that you can install a third-party app. However, at the moment, your app options are limited to Workout and Depth. In the not-too-distant future, this will probably alter.

Pressing again will bring up other alternatives.

Extra capabilities for the new Apple Watch Ultra are available to consumers based on the app or function the action button will control. Here, a few quick button presses will be all it takes to reveal new choices and improve the user experience.

The Apple use case is straightforward: the action button will get frequent taps even when the user’s eyes are off the screen. To be able to press it again makes logical in light of this. Observing a triathlon is a fantastic illustration of this (activity). Triathlon tracking activates after the initial click, and subsequent presses let you to toggle between the various activities you want to keep tabs on.

Please let us know if you have any questions or comments on using the Action Button on Apple Watch Ultra. We’ll do our best to answer them in this post. The Apple Watch Ultra, a hardy smartwatch design for adventurers, was just released. The aforementioned instructions should help you get started with your brand new Apple Watch Ultra, whether you’re just getting used to it or want to make changes to how the action button works.

How Apple Maps Multi-Stop Routing In iOS 16 Is Different From iOS15?